The Abomination and Absorbing Man come calling, plus a shocking return!

As Bruce Banner and associate Sandra Verdugo ran from the attention of secret government agent Pratt in INCREDIBLE HULK #47, the scientist discovered he could tap into his green alter ego’s strength with transforming. This came into good use when Pratt caught up to them in INCREDIBLE HULK #48 and a battle broke out between him and Banner. The change occurred anyway in INCREDIBLE HULK #49, but Hulk retained Banner’s mind and Pratt lost his life. 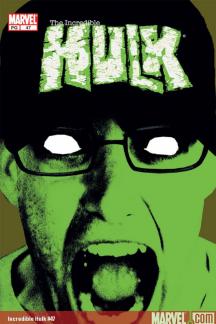