Spider-Gwen Co-Creator Jason Latour Shares His Feelings on 'Spider-Man: Into the Spider-Verse'

by Jamie Frevele
Spider-Man: Into the Spider-Verse Clip – Meet Spider-Gwen

It’s been a sensational season for Spider-Man and the entire Spider-Verse between Spider-Geddon in the comics, Saladin Ahmed’s MILES MORALES: SPIDER-MAN #1 making its debut, and the new movie “Spider-Man: Into the Spider-Verse,” which opened in theaters this week. As Miles Morales is being embraced by an even bigger contingent of fans, other Spideys are also getting their spotlight – namely, Gwen Stacy aka Spider-Gwen.

Marvel.com spoke with one of Spider-Gwen’s co-creators, Jason Latour, who brought this new incarnation of the classic character Gwen Stacy to life as a hero in her own right. Alongside Robbi Rodriguez, Latour gave this Gwen a hero origin story of her very own, in her universe. And as “Into the Spider-Verse” producers Christopher Miller and Phil Lord were putting the movie together, they invited Latour to provide feedback on the character he knew so intimately.

“These guys (Phil  Lord and Chris Miller) and everyone that worked with them were just the best,” Latour said. “I went up to Sony Animation in L.A. after Comic-Con this summer and screened the film before it was done. Even at about 60 percent finished -- and what was there was so close to great already -- it was hard to believe it could survive the concerns of Hollywood and come out even better. I gave them five or six actionable notes, mostly on Gwen’s character and her relationships, and a few dumb jokes and insights into Spider-Ham (who we all bonded pretty deeply over). And man, I was so thrilled and surprised to see my input was not only received but that a lot of it was actually incorporated into the movie. It’s just such a rare thing to be asked into the process— let alone listened to."

He also was asked to contribute some art; the Spider-Gwen covers seen in the movie are by Latour with interiors by his previous SPIDER-GWEN collaborators, Robbi Rodriguez and Rico Renzi. “We got to be a real part of the film. We’re up there, alive in the Spider-Verse.”

Latour says that seeing his version of Gwen Stacy on the big screen has been quite surreal. “It’s an out-of-body experience, very humbling,” he says. “Gwen is one of the closest [characters] to me personality-wise. I couldn’t help but filter her problems through my own life.”

Latour also described the depiction of Gwen as “emboldening” to him as a writer. “To see [her] done so faithfully is mind-blowing.” He also recalled the trepidation and doubt around his initial introduction – or re-introduction – of Gwen Stacy as Spider-Gwen, a feeling that has been replaced by validation.

The movie as a whole also deeply impressed Latour, who said that “Into the Spider-Verse” could be a “game-changer” for comic book movies - something bolstered by the fact that this movie was made by true comic book lovers. “It’s gonna rewire people’s brains when it comes to Super Hero movies. It’s one of the first big swings towards a new kind of comic book movie.” One, he says, celebrates the format and elevates the level of storytelling. “It’s a whole-cloth endeavor making animated comic movies. I’d like to see it done for the Fantastic Four or the X-Men.”

"Spider: Man Into the Spider-Verse” may also serve another purpose for burgeoning Spidey fans who may want to delve into the comics, with Latour noting, “It’s a good entry point into this genre.”

Jason Latour definitely feels that seeing Spider-Gwen swinging across the big screen is the “highlight of his life.” It’s safe to say it’s also a highlight for many fans of Gwen – many of whom became fans thanks to his comic.

"Spider-Man: Into the Spider-Verse" is in theaters now! 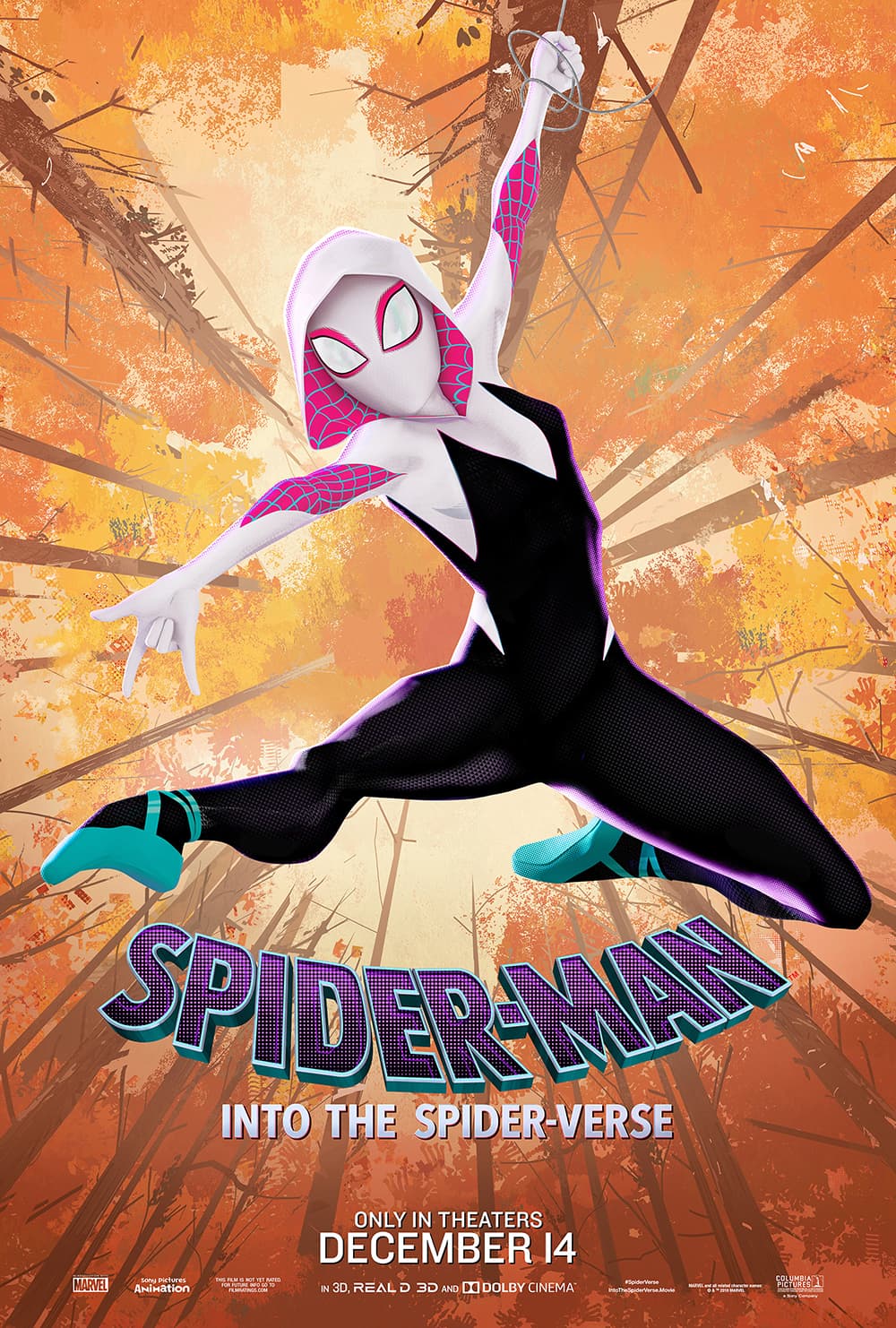 Earn Points, Get RewardsJoin NOW!
In this article: Spider-Man: Into the Spider-Verse, Ghost-Spider (Gwen Stacy)

This March, Ghost-Spider swings back into action in 'Ghost-Spider: Shadow Clones' by Emily Kim and Kei Zama.