The super hero team of Earth-S, a parallel universe quite different than our own. Discover the sole heroes of this world, and find out why the Squadron is a formidable force in their own universe and across the Marvel Multiverse! 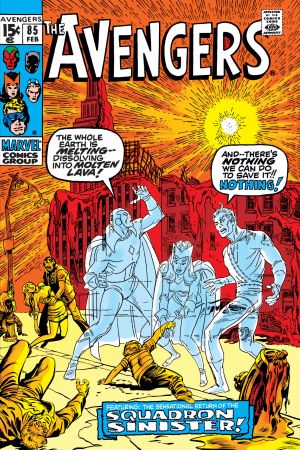 Introducing the Squadron Supreme. The Avengers open a dimensional portal to Earth-S, a scorching hot planet similar in appearance to Earth. Who are the heroes of this strange world? And is Earth-S truly melting? 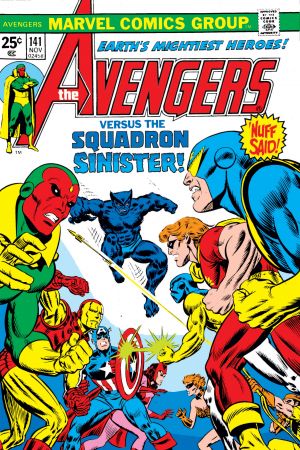 The return of Squadron Supreme! Why have Earth-S’ super heroes invaded Avengers Mansion? And are they really looking to take down Earth’s Mightiest? The first issue of the Avengers/Squadron team-up! 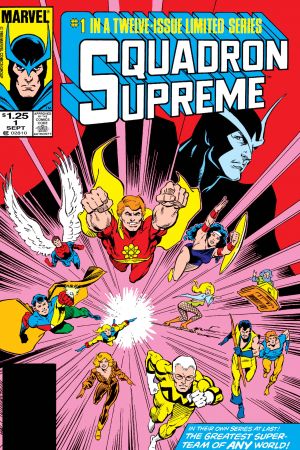 The Squadron Supreme gets their own series! The heroes of Earth-S reunite to eliminate a common foe. But with Earth-S’ heroes in short supply, will the Squadron’s might be enough? Discover the unique origins of the team, and find out what drives each member as a hero. 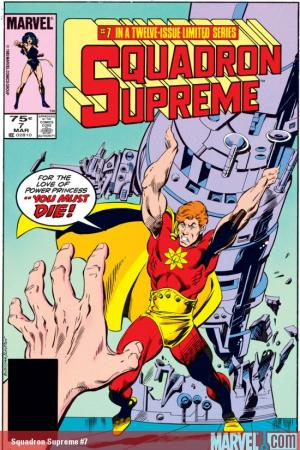 For the Love of Zarda

Squadron Supreme versus the ambitious evil of Master Menace! When the Squadron’s villain deploys an imposter Hyperion, will the team be able to sniff out the infiltration? 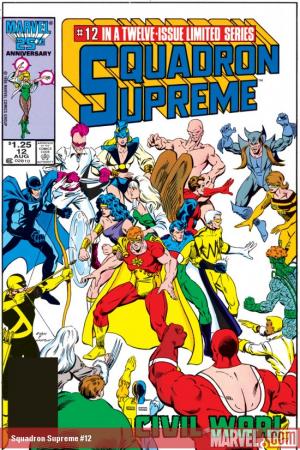 In the final issue of their 1985 series, the Squadron faces birth and death. In their ongoing quest for Utopia, the Squadron devises an antidote for mortality. But with Nighthawk’s Redeemers fighting for Earth-S’ humanity, the super teams find themselves in bitter conflict. Will the Squadron finally realize their Utopian principle? 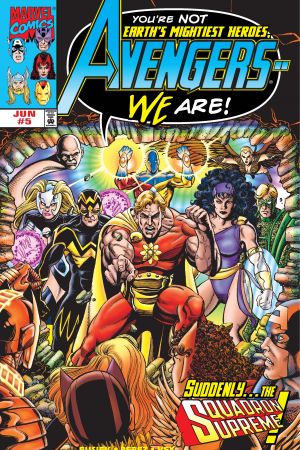 Squadron Supreme vs. the Avengers! Following the Onslaught event, the Squadron is convinced that the Avengers are imposters. Witness a battle between Marvel’s heaviest hitters, and see if the truth is revealed between blows. 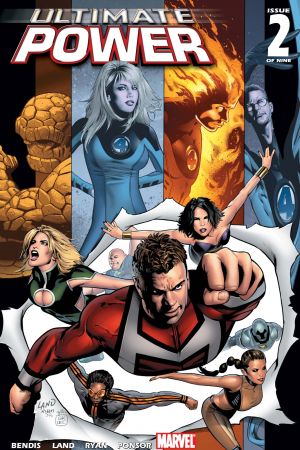 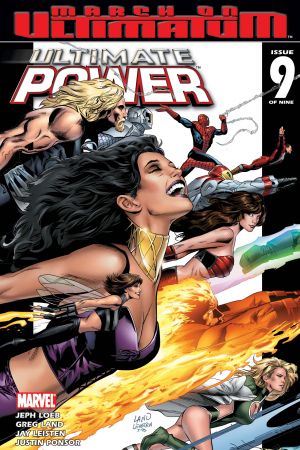 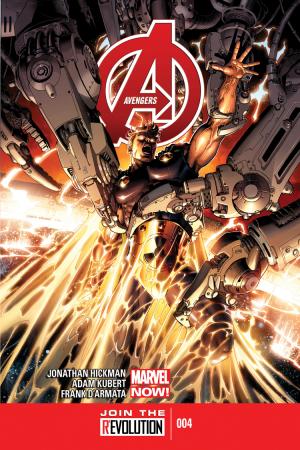 A revelatory issue for the Avenger’s newest member. The secret history of Hyperion revealed. Who is the former leader of Squadron Supreme? Is he a man? An alien? Or something else entirely? 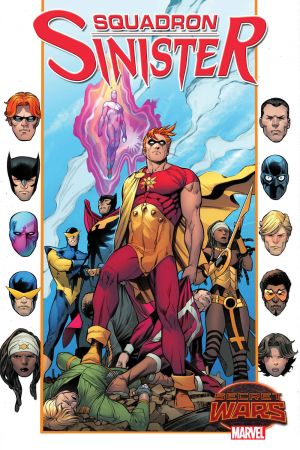 Squadron Supreme gets a Secret Wars makeover! The now-vilified team is taking Battleworld by force in this mini-series for fans of crime epics like The Godfather and The Sopranos. Will controlling one Domain be enough for Hyperion and his gang?