Wolfsbane. Cannonball. Sunspot. Moonstar. Magik. Karma. Magma. Teenagers thrown together by the one thing they had in common—the X-Factor in their genes that made them different, made them mutants. In a world that hates and fears them, it’s up to this next generation of X-Men to lead mutantkind into the future.

One of the New Mutants founding members, Rahne Sinclair alternates between a religious Scottish teen and a werewolf. Needless to say this dichotomy presents a ton of Catholic Guilt. Emotionally complex, tortured and sometimes withdrawn, Rahne found her footing and family while at the Xavier Institute. She’s since graduated and proven herself a hero many times over as a member of X-Factor, X-Force and even Excalibur. 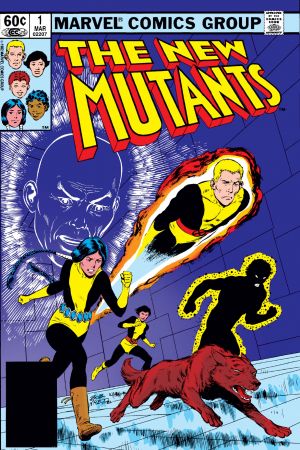 The oldest son of a Kentucky coal mining family, Sam Guthrie discovered he was a mutant with the ability to fly as fast as a jet while projecting a force field that, in his own words, makes him “nigh invulnerable when Ah’m blastin’!” As Cannonball, Sam went on to become a model X-Men student and even went on to lead incarnations of the New Mutants and X-Force as well as a member of the Avengers.

A young man from a wealthy Brazilian family, Roberto da Costa was a teen quick to anger who can channel solar energy into becoming a powerhouse of unbelievable strength. As Sunspot, he’s often the pillar of resolve for the New Mutants. While privileged and brash, Da Costa has matured over the years to become current leader of the team (2019's New Mutants).

Dani Moonstar is Native American, a member of the Cheyenne people. She is gifted with psychic powers, including the ability to cast illusions or project people’s nightmares. She can even create weapons from her own mind! A young woman of strong convictions, Xavier made her co-leader of the first New Mutants team alongside Cannonball. In later years, she would even becoming a Valkyrie (New Mutants Special Edition #1). 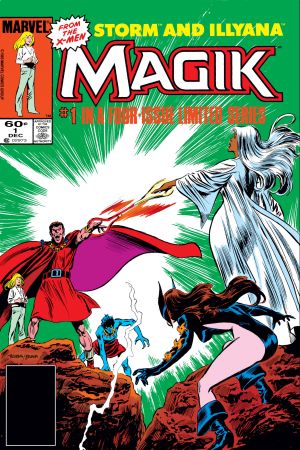 The younger sister of the X-Man Colossus, Illyana Rasputin is a mutant with the power to teleport. But she’s also gone on to become a sorceress of great repute! As Magik, Illyana has had some complicated teen years that range from pivotal member of the New Mutants to the leader of the demon-infested realm known as Limbo. Her relic is the Soulsword, forged from shards of her own life-force. Try her origin series here. 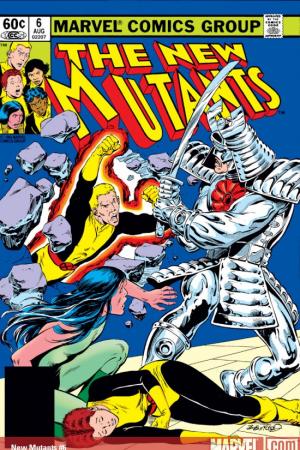 The niece of a Madripoorian crime lord, Vietnamese-born Xi'an "Shan" Coy Manh overcame her legacy of violence to become a dedicated New Mutant and educator. A young person with a great deal of responsibility, Shan’s chief concern has been raising her two younger siblings Leon and Nga. Her powers are psychic in nature—Karma can seize control of another’s mind, or plant herself into their consciousness or body. 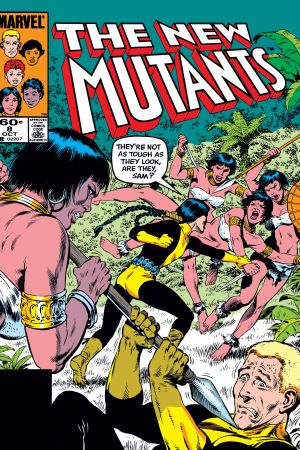 The multilingual Magma was raised in the secluded jungles of South America in a colony that modeled itself after the Roman Republic. When her mutant powers first erupted, she discovered her control over geothermal activities, including tectonic plates and even lava. In her Magma form, she is a mutant volcano, capable of projecting orbs of fire. She would even have a brief stint as one of Emma Frost’s Hellions! 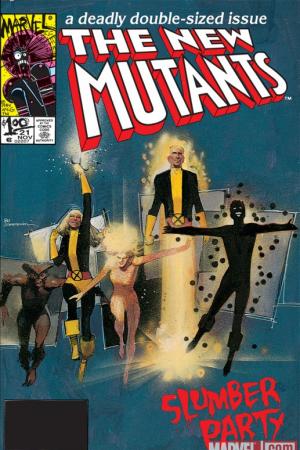 Before realizing he was a mutant, Doug Ramsey was a kid who befriended Kitty Pryde. Later, his ability to decipher any language, spoken, written, or binary, became clear to Professor X. Doug joined the New Mutants’ ranks, gaining the moniker “Cypher” as a testament to his powers. Now, Doug is the creator and keeper of Krakoan, mutantkind's very own language that is spoken throughout their island nation.