Continue the 'Age of X-Man: X-Tremists' trend with a look at a few lesser-known mutant squads!

In AGE OF X-MAN: X-TREMISTS #1, the world is a utopian society...but not for everyone.

If you dare to fall in love, Department X will be there to prevent it—and any other relationships—from happening. Think of them as the love police of this alternate reality.

Department X is only one of many groups with a “X” in their name to exist in the Marvel Universe; some teams fight on the side of good, others don't. There are also teams that fall into a morally grey area.

In honor of this week's release of the latest AGE OF X-MAN tale, here are five other X-groups that you might not be so familiar with.

What happened after Scarlet Witch uttered the words “No more mutants?”

All except for 198 mutants lost their abilities after M-Day. That’s 90% of the mutant population! Furious over being de-powered, a group of ex-mutants (Blob, Abyss, Calisto, Marrow, Fatale, Reaper, Elijah Cross, and Quicksilver) banded together and became a terrorist threat. They believed the government was the reason they lost their powers, and as a result, they targeted government officials. 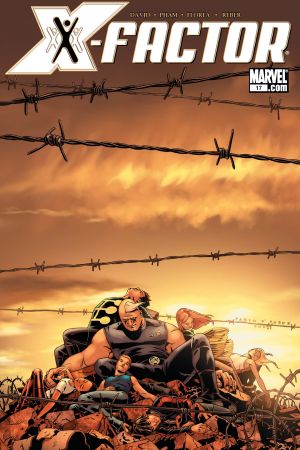 This rogue group wouldn’t last long, however, as they disbanded after three issues.

Banshee lost the love of his life from the Legacy Virus and his team, Generation X, disbanded after one of his students died. But instead of drowning in his sorrows, Banshee used funding from Factor Three, a team he was part of that was defunct, to create the X-Corps. 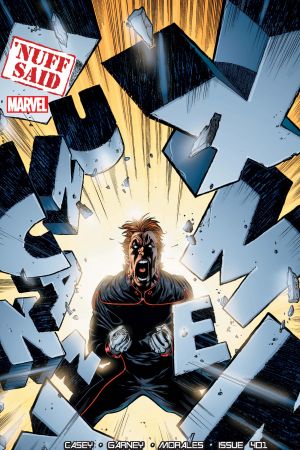 Members consisted of former Generation X members (M, Jubilee, and Husk) and reformed villains (Avalanche, Blob, and Fever Pitch). The team took on the role as a military force to police the mutant community and would later disband after five issues, thanks to the mischievous Mystique, who was posing as a mutant named Surge.

(If you're keeping score: Blob is currently two for two.)

So. Magneto became the leader of the X-Men while Professor X recovered from a deathly injury in the Shi’ar Empire. And some X-Men didn’t like that.

Distrustful of their new mentor, Cyclops, Beast, Iceman, Angel, and Jean Grey—who was thought to be dead—created X-Factor. They posed as mutant hunters to rescue other mutants and helped them to control their powers. They also had a side job as the X-Terminators, for which they used their X-Men identities.

Although they would return to being full-time X-Men when Xavier returned, there would be more iterations of X-Factor in later years, such as the US government agency version led by Havok and X-Factor Investigations, a mutant detective industry, founded by Multiple Man.

This group was jump started with a little help from the future from a man dealing his apocalyptic present. X-Force, led by Cable, was a mutant strike team. They were more aggressive and militant in their approach and proactively fought against threats to mutantkind.

The team would receive the own series four months after their introduction and, like X-Factor, would go through many line-up changes.

Although the X-Men had been reverted to younger versions of themselves in X-MEN ANNUAL #10, these tots were clones of them. They were created by Mojo for his television broadcast as entertainment, but of course, kids will rebel and want to do whatever they want to do. They escaped from Mojoworld on more than one occasion. 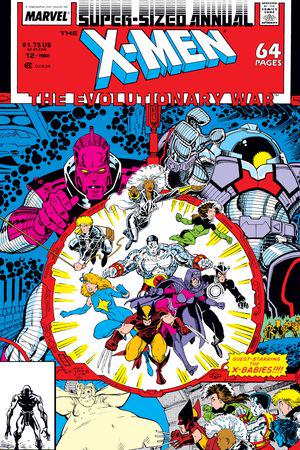