Look back at Bossk's comic book past ahead of his starring turn in next week's 'Star Wars: Age Of Rebellion - Princess Leia' #1!

Bossk’s back in next week's STAR WARS: AGE OF REBELLION – PRINCESS LEIA #1, and he’s gunning for everyone’s favorite Rebel leader...

Some say a little bit of Bossk goes a long way, but that’s usually coming from those on the run from the dreaded Trandoshan bounty hunter. For the rest of us, Bossk’s comic appearances arrive all too briefly and then disappear again into hyperspace, leaving us with a strange, yearning feeling, looking forward to more each time.

While we wait for the new ish, let’s call up his file and take a look at Bossk’s comic adventures in both classic and modern Marvel mags!

After his introduction on the bridge of Darth Vader’s Star Destroyer in the Empire Strikes Back adaptation taking place in STAR WARS #42, Bossk made a quick appearance in a flashback in the landmark STAR WARS #50. When Leia and Lando ran into Domina Tagge while searching for a cure to the “Crimson Forever” plague, Baron Tagge’s sister told a tale of Bossk and his fellow bounty hunters capturing an immense jewel and its attendant priests from an ancient temple on a far-off planet. The reptilian hunter didn’t see much action then, but the best was still yet to come.

Later, in STAR WARS #67, the Rebels heard rumors of a bounty hunter throwing in with Boba Fett to capture Han Solo, but getting cut out of the deal after it had gone down. Figuring either Dengar, IG-88, or Bossk—described as the “reptilian monarch of the Qotile system”—may have felt slighted enough to narc on Fett and lead them to Han’s whereabouts, Luke, Leia, and Lando set out to check each hunter off their list, one by one. 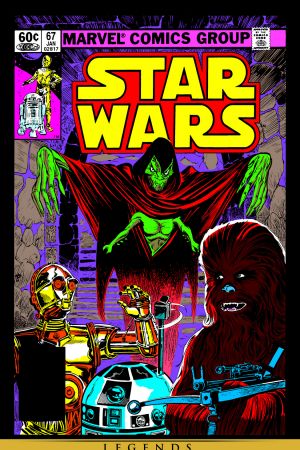 With Dengar ruled out of the plot in STAR WARS #71, Luke and Lando landed on the planet Stenos to track down IG-88 and Bossk in a bar there, but ran afoul of Lando’s old enemy Drebble instead. A furious fight ensued, leading the Rebels to spot Bossk hauling what looked like a figure frozen in carbonite through the night and away from the place. They followed, only to end up surrounded by the bounty hunters, about to be blasted!

Luke then got his chance to square off against Bossk himself in STAR WARS #72, but after a series of subsequent escapes and skirmishes, the big lizard and his clanking companion high-tailed it away to fight another day.

Not long after Han Solo’s rescue from Jabba the Hutt, he and Lando ran into Drebble again on the “Hunter’s World” of Keyorin in STAR WARS #85. The portly perp had hired Bossk and other bounty hunters to secure a valuable statue, but wound up battling another criminal faction also after the object…with Han and Lando right in the middle of it all. 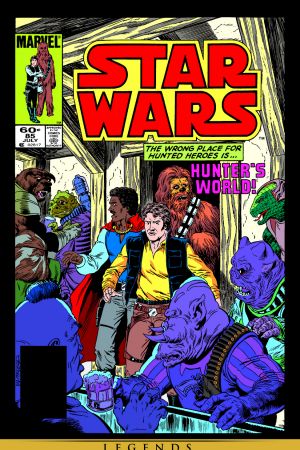 Bossk’s only appearance to-date in the modern era of Marvel’s Star Wars comics came about in DARTH VADER #7-8 when the droid archaeologist Doctor Aphra hired him, IG-90, the wookiee Krrsantan, and diminutive Beebox to hijack an Imperial transport of an untold wealth in credits.

With Aphra’s insider information on the ship, the team created a diversion by cruising into an unexpected asteroid field and boarded it to secure the funds. Only a partial amount of the total take was had, making Bossk and the others ready to knock Aphra down a few pegs. Bossk made sure she knew the consequences of double-crossing them and they departed with fewer credits than they’d bargained for…and with Aphra, of course, double-crossing them all in the end. 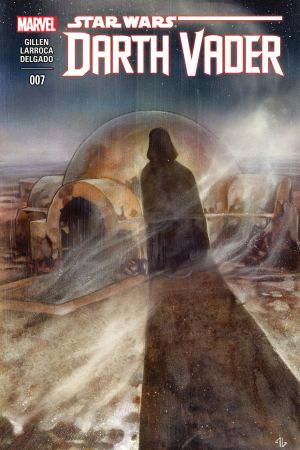 But now, the future’s wide open for the Trandoshan terror and we’re betting he’ll bag a big bounty on his new mission next week!