A Guide to the Myths, Legends, and Gods of Wakanda

We take a look at the nation's lore!

Since the world’s most technologically-advanced nation has pretty much been around forever, Wakandan culture has crafted its own a fascinating mythology. Panther goddesses, power-granting gorillas, afterworlds, and more are woven into the tapestry of the nation's mighty Marvel history.

Below, we take a deep dive into Wakandan lore...

BAST AND THE GODS OF WAKANDA

We'll start this exploration with the four deities of Wakanda: Bast (the Panther goddess who led to the creation of the Black Panther), Kokou (the god of war), Mujaji (the god of hunger), Thoth (the god of light and reason), and Ptah the Shaper (the god of metal alloys, mainly Vibranium). Together, these all-powerful beings are known as the Orisha.

In issue #13 of BLACK PANTHER (2016), T’Challa had a crisis of faith when he realized that during the recent invasion of Tetu’s forces, it was not the four gods that protected Wakanda, but the nation’s ancestors. During a battle with the Snake-Men near the end of the issue, a group of Wakandan shamans called upon the Orisha and were able to defeat the monsters, but their prayers also put them down for the count. 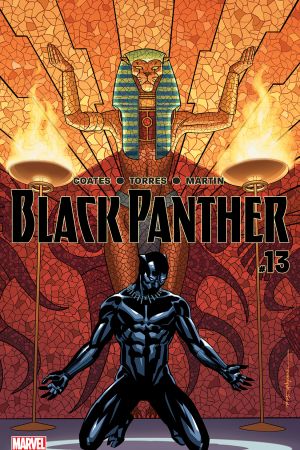 This led T’Challa to believe that something (or someone) had “severed the link between Wakanda and its gods.” The king went to the sorcerer Zawavari, who confirmed that the old gods had fled in the face of great evil.

When M’Baku made his comic book debut back in 1969, he attempted to overthrow T’Challa and undo all of Wakanda’s modern progress, returning it to a primal state. To achieve his ends, the would-be usurper of the throne became a disciple of the White Gorilla Cult and donned the forbidden garments of the White Gorilla, a merciless and savage beast spoken of in some of the country’s darkest legends. 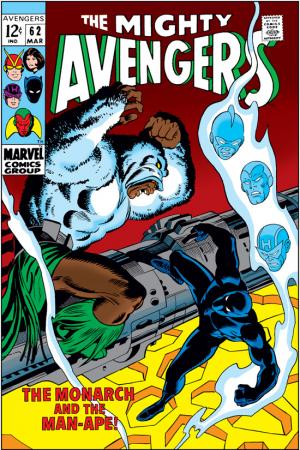 With his new garb, M’Baku adopted the moniker of “Man-Ape”, and claimed that consuming the blood and flesh of “the fabled White Gorilla” made him stronger than the herb that gave T’Challa his Black Panther powers. Indeed, Man-Ape nearly killed T’Challa, but was crushed to death by the Panther statue he so wished to bring down.

THE ORIGIN OF VIBRANIUM

Wakanda is rich in the fictional metal known as Vibranium. It’s what helped the country create such advanced technology, weaponry, and protective means while the rest of the world was stuck in the Dark Ages. Eons ago, a meteorite packed with the stuff fell from space and into the land occupied by the tribes that would eventually unite to form Wakanda.

In the pages of 1978’s BLACK PANTHER #7, T’Challa provided a brief history of his ancestors first witnessing the meteorite fall from the sky. At the time, they believed it was sent by the “Star Spirits” and, in their minds, to reject the metal would be to risk the spirits’ anger. Not long after, it was said that men turned into demons and attacked their friends and neighbors... 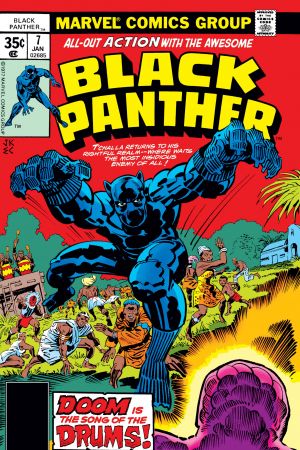 Believing that the Vibranium mound was turning these people into said demons (via some sort of “alien infection”), the tribal leader named Bashenga founded the Panther Cult, took up the mantle of the first-ever Black Panther, and kept outsiders away from Wakanda’s Vibranium. This was done in an effort to “keep the demon spirits from spreading across the face of the Earth.”

Every one of Bashenga’s descendants, including T’Challa, kept the legacy going, but, as seen in the issue, spiteful skeptic Abner Little claimed that this demon myth was created to increase profitability.

INHERITING THE TITLE OF BLACK PANTHER

There’s more to becoming the figurehead and protector of Wakanda than putting on the suit and munching on the Heart-Shaped Herb. With T’Challa’s spirit trapped in limbo, Shuri munched on one of the herbs and came face-to-face with the Panther god, asserting that she was worthy to become her country’s protector, ready to fulfill her destiny after years of training. 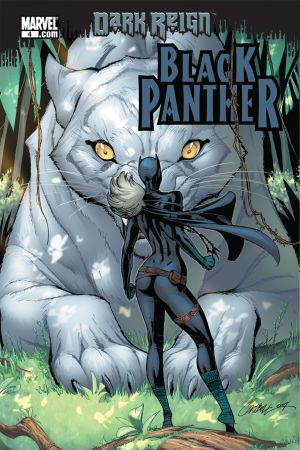 The deity scoffed at her, stating that “the mantle of the Panther is not about entitlement. It is about sacrifice—putting the greater good ahead of the pursuit of glory.” The Panther god also accused Shuri of being jealous of T’Challa ever since he got to be the Black Panther. Therefore, she was not worthy of the position, which also meant it was never going to be Shuri’s “burden” nor his “destiny.”

In Wakanda, it is believed that the Black Panther is not only the nation’s protector, but also the source of its great power; its totem, if you will. If that’s true, someone would just have to murder the current Black Panther to weaken Wakanda to a point where it can be conquered or, at the very least, fall into utter disarray...

When T’Challa fell into a deep coma, adversaries of Wakanda attempted to take advantage of the situation by summoning Morlun, the soul-sucking vampire to kill the comatose king by devouring his life force. Morlun was almost successful in his goal, but Shuri, recently spurned by the Panther god, decided to become the Black Panther anyway, and defeated him with aid from Queen Ramonda and Zawavari. 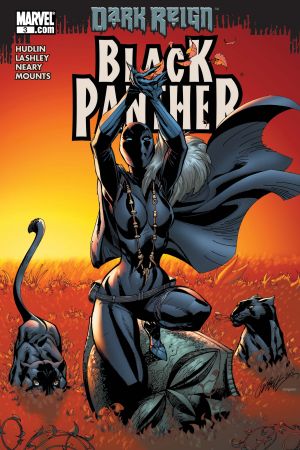 In the end, Shuri proved herself worthy of the title after putting herself in harm’s way for the good of the nation, despite knowing that it might end in her death. She had the magic inside herself all along, something that was even evident to Morlun who tried very hard to consume her life-force, the essence of “the one true Black Panther” totem.