Al Ewing and Javier Rodriguez on the Return of the Defenders

The dream team of Ewing and Rodriguez discuss Marvel’s most unorthodox team and melding modern storytelling with classic characters!

“The Defenders can't fit in and won't conform - and that's why we love them.”

That's the pitch from Al Ewing, acclaimed writer of IMMORTAL HULK, GUARDIANS OF THE GALAXY and more, on why you should give DEFENDERS, the limited series celebrating the team of the same name from him and artistic collaborator Javier Rodriguez a shot. The Ewing/Rodriguez take will run five installments and team classic Defenders such as Doctor Strange, Silver Surfer and even Cloud with eccentric newer recruits including the Masked Raider and Betty Ross. And guess what - ish #2 hits stands this week!

We spoke with Ewing and Rodriguez to dive into what the Defenders mean to them and why we can expect an adventure like no other from their ongoing efforts!

What was your first exposure to the Defenders as a reader? What were your initial impressions?

Al Ewing: I think the first Defenders comic I ever read - and I would have been quite young and impressionable for this - was THE NEW DEFENDERS, written by Peter B. Gillis - the one with Nick Fury leading the charge on the cover with the American Flag behind. And then you open it up and it's about a demonic De Sade-type dandy possessing people and the scene on the cover is revealed as a ridiculous macho fantasy that's going to actively hurt people. And that's not even scratching the surface of all the stuff that's packed in there to warp growing minds. This was at a time in the UK when US comics were mysterious objects that you found at random in newsagents, so you can believe I devoured that and every issue I could find afterwards - missing half the issues and reading those I could find out of order - so my abiding impression of DEFENDERS is this weird, esoteric thing with all kinds of queer-coded and counter-cultural overtones and a whole bunch of hard-to-grasp cosmic poetic stuff that you had no option but to just go with and hope it made sense. Draw your own conclusions about how much of an influence on me that was. 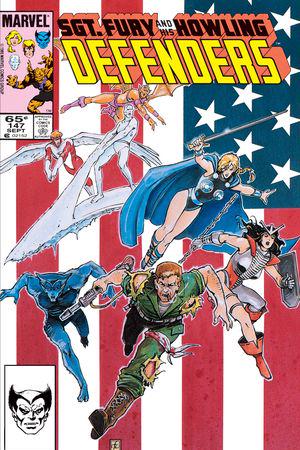 Javier Rodriguez: I can’t remember exactly. I learned to read with comics and most of them were Marvel. Those days, at the end of the '70s and into the '80s, DEFENDERS was published here in Spain in awful fashion. One of my favorites was a series of mini books, rewritten and recolored, called Pocket de Ases. Each one had like 160 pages of comics compiling adventures of different characters and two of them were “Los Defensores.” Well, they were horribly published but I loved them anyway because they have a lot of reading for very cheap. [Laughs]

What are your favorite Defenders stories through the years?

Rodriguez: I have a lot but, to say one, I like the story arc where the Defenders fight the white supremacist group the Sons of the Serpent, in issues #22-25. I’m reciting this from memory, so correct me if I’m wrong. They fight these scumbags on the streets of Harlem where they are spreading hate speech. No spoilers but Valkyrie, my all time favorite Defender, has good moments here. Steve Gerber is the writer and Sal Buscema did the layouts, always brilliant as usual. 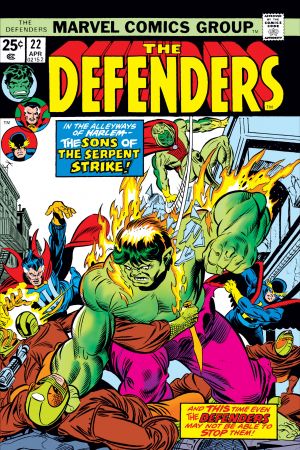 Ewing: Well, the Peter B. Gillis stuff, obviously. Looking back now it's not quite up there with what he did on DOCTOR STRANGE - which is my main inspiration when I write that character - but it's up there, certainly. And of course, Steve Gerber's work was masterful. But I'm also a huge fan of the more recent run written by Matt Fraction - again, you can probably tell, since I used a whole bunch of it in ULTIMATES. It always bummed me out that that couldn't last longer, but the light that burns twice as bright, etc.

What makes the Defenders stand out from, say, the Avengers or X-Men? What particular itch does this team scratch for Marvel fans?

Ewing: The Defenders are the counterculture. They kind of fall between those two groups - they're not oppressed in the same way the X-Men are, but they're far from celebrities. Part of the appeal of the Avengers is their cool stuff and their cultural cache - even while they're on the outs with the US Government, they're still living in a Celestial, they still have spaceships and quinjets and all the other cool toys, they're still automatically respected and treated as A-listers. The Defenders are essentially a commune of outsiders and people who can't hack it in the establishment world, who collectively sleep on Doctor Strange's couch.

Rodriguez: Because you never know what to expect when you open a Defenders book but for sure it will be weird and awesome at the same time. This is a group that shouldn’t work with characters from everywhere, so diverse, but it does. It works. The team has great members. Doctor Strange, Silver Surfer, Hulk, Beast. Amazing B-listers like Cloud, Nighthawk, Gargoyle. Also wonderful writers and artists.

On the flip side, why has Defenders maybe been a harder sell as an ongoing feature over the past 50 years since they debuted?

Rodriguez: This is a book about a group of losers losing. Defenders never have a victorious end, there is always something wrong, something uncomfortable, melancholic you could say. Despite the win there is gloom and doom around most of the time. [Laughs] I don’t know!

Ewing: Because they can't fit in and won't conform! You can read the solicits and find out the basics, but you can't truly tell what a DEFENDERS book is until you crack it open - if you can work out what it is at first glance, it's not quite DEFENDERS. Personally, though, I'd love to see this Defenders team - however it ends up - sticking around a little. Doctor Strange should always have a bunch of weird houseguests on his couch.

What's the overall premise for this story?

Ewing: The Masked Raider learns that his arch-enemy, the evil scientist Carlo Zota - technically the earliest villain to ever appear in a Marvel comic, I think - is playing with dangerous temporal magic, and takes the matter to Doctor Strange. Strange has no option but to convene a brand-new group of Defenders made up of old favorites and follow Zota through time - and beyond it, into the previous Multiverses. That's right - we're finally exploring the 6th, 5th, 4th and even 3rd Cosmoses! And each is wilder, weirder and more artistically beautiful than the last!

How did the story from MARVEL COMICS #1000 set up this project?

Ewing: Well, MARVEL COMICS #1000 was its own thing, but it did set up a mystery and a promise to pay it off in 2020 - which I had no idea how I was going to do. That was part of the fun. It turned out that Christopher Cantwell had some plans for the Korvac side of things in IRON MAN, but he didn't need the Masked Raider so much, so that was still my job to figure out. And where better to put a bizarre idea that I had no idea how to resolve than in DEFENDERS? And the funny thing is - as soon as the Masked Raider joined the cast, it all clicked into place. Once again, DEFENDERS was the secret ingredient that made everything work. We also had an unpleasant ingredient in the form of the pandemic, so we missed our 2020 deadline after all - but it's the thought that counts. 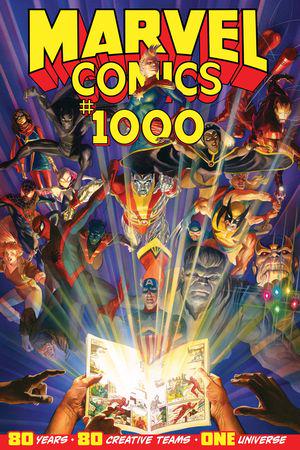 Javier, who approached you about this assignment and what appealed to you?

Rodriguez: [Editor] Wil [Moss] asked me if I would be interested in this book. I said yes because if he and [editor] Sarah [Brunstad] are involved this is almost 2/3 of the project to me. Working with the people I like is the most important, even more important than the title. Then, I like the Defenders. I love them. I grew up with these characters. And finally, once you factor in Al as the writer, this project is impossible to refuse. Al is a gift. I love the way he builds the voices of the characters. And his stories are a challenge for the artist.

What is your collaborative approach to this series like?

Ewing: At first, it was pretty standard - though I give Javier a lot of freedom to work, because I trust him implicitly, so it was much more "Marvel Style" than usual. But as we've gone on, we've evolved a working method that puts more in Javier's hands than ever before - which is something he asked for, and as I say, I trust him 100%. Also - and the reasons for this are very obvious in issue #1 - it makes for a nice parallel with the comic for me to give up more control to Javier's artistic magic as we travel deeper into the story. We're casting the spell right along with Stephen Strange, and the results are already beyond imagination.

Rodriguez: I think that it is like a ping pong match. Al gave me a lot of freedom to play with in the story and I would like to think that I left him enough space to play with the narrative proposals I bring when I share the first layouts with the team.

Read DEFENDERS #1 by Al Ewing and Javier Rodriguez at your local comic shop today - and pick up ish #2 at your LCS on Wednesday, September 8!