The History of Shuri

Learn all about Shuri, sister to T’Challa and warrior of Wakanda!

The history of Shuri, the modern-day Black Panther’s half-sister, reveals the tale of a young woman whose drive and ambition won her status in her native Wakanda, but to which she also fell prey. Shuri returns to the land of the living in BLACK PANTHER #10, out January 11, wiser for her former life…and death.

The only daughter of former Panther T’Chaka, Shuri’s story began in BLACK PANTHER #2, when as a young girl she coveted the traditional and sacred leader role of her people, yet learned her brother won the mantle and all its special powers. She made her first kill during an attack on Wakanda by a group of super villains in BLACK PANTHER #3, an event that changed her forever.

With the benefit of tutelage and training under her brother T’Challa, Shuri attempted covert actions against the Black Panther’s sworn enemy, Erik Killmonger, in BLACK PANTHER #26, a further baptism of fire that impressed those around her. During the so-called Secret Invasion by the shape-shifting Skrulls, Shuri led sorties against the aliens in BLACK PANTHER #39, allowing her brother and Storm of the X-Men to take down their leaders.

When T’Challa refused the invitation of the villainous Cabal to its ranks, its members left the Panther in a coma after an attack in BLACK PANTHER #1; Shuri quickly sought to take on the role herself in his absence, but the Panther God, the source of its avatar’s powers, refused her his blessing. Later, she finally proved her worth as Black Panther when she confronted Morlun and won freedom for her nation in BLACK PANTHER #6. 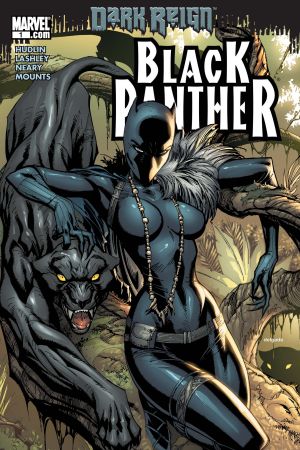 Without his special abilities, T’Challa invested time and energy into a quest to save fellow Wakandans from Doctor Doom’s nanite infection in BLACK PANTHER#7. At this time, Shuri mounted the nation’s throne as ruler, and in doing so confronted Namor the Sub-Mariner and learned of the Desturi, a group made up of her infected people, in BLACK PANTHER #12. Afterward, she and her brother joined forces with several X-Men in DOOMWAR #1 to block further deviltry of Doom’s and win Wakanda back from his clutches.

With the small nation’s precious stores of vibranium rendered inert by Doom, the new queen traveled to fabled Savage Land in KLAWS OF THE PANTHER #1 to search for natural vibranium sources, only to fall into the crosshairs of Klaw, T’Challa’s longtime foe. When the Avengers clashed with the X-Men over the fate of the Phoenix Force, Shuri declared war on Atlantis in NEW AVENGERS #7, an event that nearly destroyed the undersea kingdom and drove a deep wedge between herself and her brother.

When the cosmic villain Thanos looked for his son on Earth, Namor of Atlantis sent him to Wakanda as a form of revenge on Shuri and her nation for their war on the Sub-Mariner’s domain. The young queen bravely and selflessly set herself in the path of Thanos’ lackey Proxima Midnight in NEW AVENGERS #24 at the cost of her life. Those who doubted her death saw her among the spirits of the past Black Panthers in NEW AVENGERS #29.

After, Shuri’s spirit began to run the Plane of Memory in BLACK PANTHER #2 with the guidance of a griot, a spirit in the form of her mother.

Read more about Shuri in BLACK PANTHER #10 by Ta-Nehisi Coates and Brian Stelfreeze! 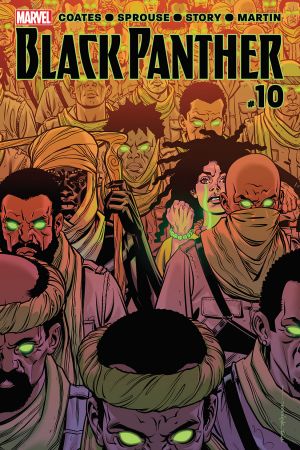