Take a look back at their rocky past!

Just because two people fight Super Villains doesn't mean they'll automatically get along. And that goes double when murder prophecies and evil clones are concerned! That's the case with Miles Morales and Captain America.

The heroes worked well together, but there's still plenty of weirdness between the two of them. To get into that, we have to rewind a few years to the events of CIVIL WAR II.

In that story, an Inhuman by the name of Ulysses seemed to be able to tell the future. Captain Marvel and her crew wanted to use those abilities to stop crimes before they happened, while Iron Man and company didn't think that was right—especially when Carol's plans resulted in the deaths of War Machine and Hulk.

During a big battle between the two sides in CIVIL WAR II #5, Ulysses shared a disturbing vision of Miles murdering Captain America on the steps of the U.S. Capitol that everyone present witnessed. Immediately after, Captain Marvel intended to arrest the young man, but Captain America convinced him to just head home. 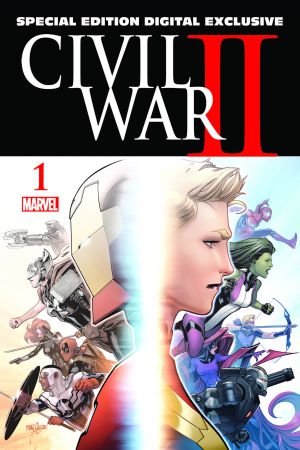 Instead of doing that, though, Miles made his way to Washington, D.C. to prove that he would never kill Captain America. Rogers met him there for the same reason, or so he said. Their true intentions took a backseat, though, when Iron Man showed up in a heavy duty armor to fight Captain Marvel. She beat him so badly that Tony Stark spent the next several months in a coma.

Morales was still broken up about the whole thing, but a few months later a few things changed that completely recontextualized Ulysses' vision. That's when Captain America revealed himself as the true head of Hydra and effectively took over the entire country!

Though Cap appeared to recruit a few legitimate heroes, most of them banded together as a resistance group. Morales and his Champions teammates hid out with them and went on important missions.

When Black Widow declared Rogers too far gone to save, she fully committed herself to killing him. Miles caught up to her not long after, wanting to embrace the Ulysses vision and see if he really was going to kill Captain America. Joined by many other young heroes, Miles began training with Black Widow. They even went on a mission in SECRET EMPIRE: UPRISING #1 to infiltrate Hydra elements as a way to get close to Viper who Black Widow used to find out where Rogers would be. 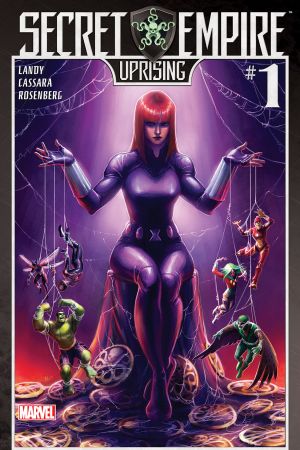 During the ensuing operation, Widow tried to keep Miles out of the fight while she went after Hydra Cap. While she was busy taking on Punisher, Miles escaped and made his way towards the man he was supposed to kill. However, the script got flipped when Cap attacked, but the Widow got between the boy and the shield, dying in the process.

In a rage, Spider-Man beat Captain America nearly to death. He would have proven Ulysses' vision true had his teammate the Wasp not talked him down. Ultimately he realized he wasn't a killer and stopped, allowing himself to get arrested. The kids were eventually released by Taskmaster and Black Ant who wanted to switch to the winning side, which allowed the young heroes to jump into the final battle.

Only later did the truth come out about this false Captain America... Back during the Pleasant Hill scandal, Red Skull used a sentient Cosmic Cube in the form of a little girl by the name Kobik to rewrite Captain America's reality, making him think he'd been a secret Hydra agent since World War II. Some of Steve's closest allies figured out that, by putting together shards of a broken Cosmic Cube, they could return the real deal who put down the impostor.