Look back at some of their most dramatic fights ever!

Captain America and Namor share quite a bond. They first appeared together over seven decades ago, and since, have been both uneasy allies and sworn enemies.

With that in mind, we're looking back at some of the most classic meetings between two of Marvel's longest running characters—including both the team-ups and the square-offs!

After Namor's 1939 debut in MARVEL COMICS (1939) #1 and Cap's in CAPTAIN AMERICA COMICS (1941) #1 two years later, the stars of Timely Comics would come together along with Human Torch, Toro, and Bucky in the pages of ALL WINNERS COMICS (1941) when that series debuted not long after the Sentinel of Liberty's first ish. However, back in those days, the characters didn't interact too much, instead fighting villains in their own stories.

Men Out Of Time

Both Namor and Captain America spent time out of commission. And the former became an amnesiac homeless man in New York City until Johnny Storm recognized him and helped restore his memories in FANTASTIC FOUR (1961) #4. From there he worked with villains and fought heroes as he did two years later in AVENGERS (1963) #3 when hew formed an uneasy alliance with Hulk to take on the titular team. When that plan failed, Namor became enraged and wound up smashing some ice that let loose the frozen Steve Rogers who had been missing since World War II! So, in a sense, Cap owes his new lease on life to one of Namor's many tantrums! 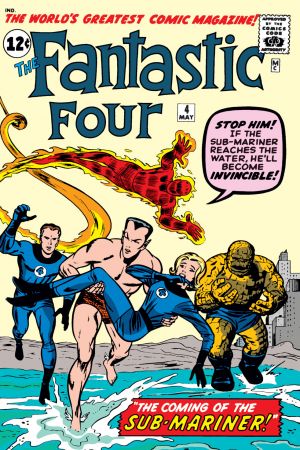 In truth, Namor and Rogers didn't have many interactions on the page before or after their long sleeps. However, thanks to the creation of a team called the Invaders in AVENGERS (1963) #71, Cap and Namor started working with the original Human Torch to fight time-displaced Avengers.

In GIANT-SIZE AVENGERS (1974) #1, readers learned that Winston Churchill asked Captain America, Bucky, Namor, Human Torch, and Toro to work together to help stop the Axis forces. That not only lead into an INVADERS series that recounted the group's WWII adventures against the likes of Red Skull, Baron Blood, and Master Man, as well as a war's worth of stories since (including new iterations of the group, most of which feature a Captain America and the Sub-Mariner).

During the mid-80s, Namor had been exiled from his people and seemed rudderless. When the Avengers ran into him in AVENGERS (1963) #262, Hercules thought the best way to cheer him up would be a mighty brawl. Afterwards, Cap offered Namor a spot on the team and he accepted! Over the next 30-odd issues, Namor, Captain America, and the Avengers faced the Beyonder, Kang, the Masters of Evil, and even the god Zeus. The Shield-Slinger then took a break from the team around issue #286 after dealing with deities and then Namor left after the apparent death of his wife Marinna.

The Sub-Mariner and the Earth's Greatest Heroes have mostly worked well together sense, though not so much in the current volume of AVENGERS (2018)! 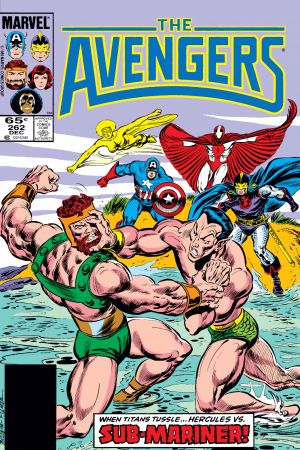 Namor went after another WWII friend in NAMOR: THE SUB-MARINER (1990) #10-12, the Human Torch. He traveled to Germany where Nazis intended to use the synthezoid's blood to resurrect Warrior Woman. Before leaving, he mentioned his plan to Captain America who showed up just in the nick of time to help his Invaders companions not only save their robotic friend, but also stop Master Man and Warrior Woman's plans. Though only briefly rejuvenated, Jim Hammond gave his own life to save the elderly Lady Jacqueline Crichton, the original Spitfire; he gave her a transfusion that saved her life and also de-aged her, but ended his own life.

This, however, proved to be a ruse, as Hammond wound up being okay post-transfusion, though powerless.

Funeral For A Friend

When Steve Rogers apparently died in the wake of the Super Hero CIVIL WAR, many struggled with how to proceed. Before Bucky agreed to wield the shield, he reunited with Namor at Toro's grave and asked to hear how his childhood friend perished in battle (in WINTER SOLDIER: WINTER KILLS (2006) #1).

In CIVIL WAR: FALLEN SON (2007) #5, he ensured that Rogers' body would remain undisturbed in the ocean's depth. After Bucky did take on the mantle of Captain America, Namor aided him in getting the stolen body of Jim Hammond back (in CAPTAIN AMERICA (2004) #46-48). Ultimately, they both worked together to save their old friend and give him his due respect! 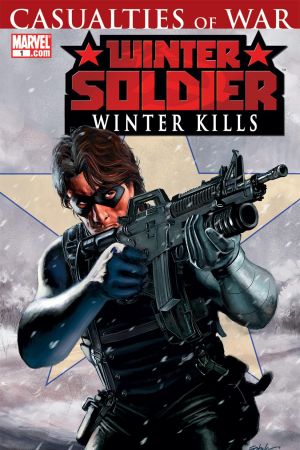 Back in 2012's AVENGERS VS. X-MEN, the teams disagreed about how to handle the impending arrival of the Phoenix Force. That all became moot, though, when it arrived and wound up with five hosts: Cyclops, Magik, Emma Frost, Colossus, and...Namor!

Along with the others, the Sub-Mariner tried to do good at first, but was overcome by the Phoenix's destructive nature. He attacked Wakanda for harboring the X-Men and Avengers who were working together to stop them in issue #8. Cap lead the charge against Namor, but it took the efforts of both teams to subdue the raging prince.

When Captain America revealed himself as a secret Hydra agent and took over the United States in SECRET EMPIRE, Namor did not take the news well. However, he found himself in possession of a piece of the Cosmic Cube that created HydraCap. When Namor tried tricking HydraCap's Avengers into taking a fake, they destroyed a temple. Already enraged at this impostor, the Sub-Mariner agreed to work with Bucky Barnes on a plan that ultimately brought the real Captain America back to life so he could defeat the impostor!