Steve Rogers hasn’t always been a paragon of virtue—take a look back!

We take a trip down memory lane with some of the Star-Spangled Avenger’s less heroic moments.

Let’s just say it first because you were all thinking it anyway: Civil War. Some of you may have been Team Cap and others Team Iron Man, but whatever your allegiance I think we can all admit that Cap maybe should have just swallowed his pride, sat down with Tony and worked that baggage out—or as the Internet likes to call it, #adulting—instead of passive aggressively forming a secret alliance to try and overthrow everyone at the expense of fellow heroes, civilians and a lot of what I can only imagine to be really expensive buildings and machinery. I’m sure construction companies made a killing afterward but that’s beside the point. 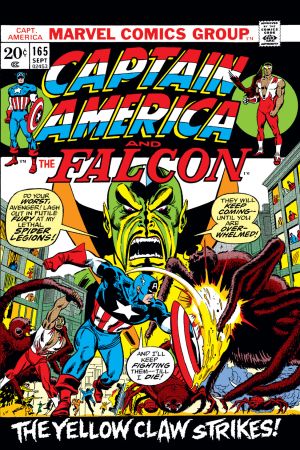 On the opposite end of the spectrum we have CAPTAIN AMERICA #165 where we find out our handsome hero dating two women at the same time. Oh, and they’re related! The horror, the scandal, the indecency! It’s actually not as bad as it sounds; Peggy Carter gets amnesia and forgets that she and Cap broke up but he’s already dating her young great-niece Sharon. He doesn’t want to hurt Peggy, so when faced with having to break her heart he decided to date them both. 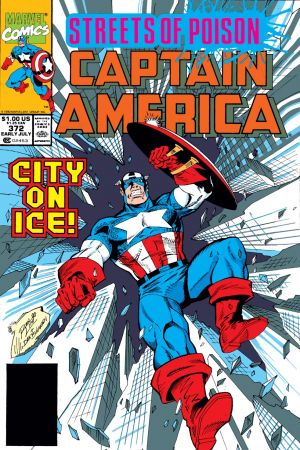 Somewhere in the middle of mass destruction and a sitcom plot, we have a 1990s arc, “Streets of Poison, running through CAPTAIN AMERICA #372–378, where Captain America has a brief existential crisis regarding his use of the Super Soldier Serum, ending in him aiding the war on drugs. As his first strike, Steve blows up a facility making “ICE.” But the drugs fuse with his super soldier blood thus beginning the seven-issue bender of Steve Rogers where he beats up Daredevil, kisses Diamondback, calls a guy at a club a chicken—clucking sounds and all—and even—gasp!—eats Kingpin’s spaghetti! A truly masterful play that I’m sure is really a long con we just haven’t seen pay off yet.