Celebrate the cosmic hero with a new look at the History of Captain Marvel!

Kelly Sue DeConnick's first volume of CAPTAIN MARVEL made Carol Danvers face her past in a variety of ways, but her second launched the Avenger into space for all-new adventures!

Running for 15 issues between its 2014 launch through its finale, caused by the reality-warping SECRET WARS event, this new volume featured artists like David Lopez, Marcio Takara, Laura Braga, and some writing assistance from Warren Ellis!

The series kicked off with Captain Marvel and Iron Man talking about the idea of posting an Avenger in space alongside the Guardians of the Galaxy. While Stark wanted Carol's then-boyfriend James Rhodes to be the first emissary to space, Danvers took the spot in an effort to find herself.

Of course, being Carol, she also found trouble along the way! 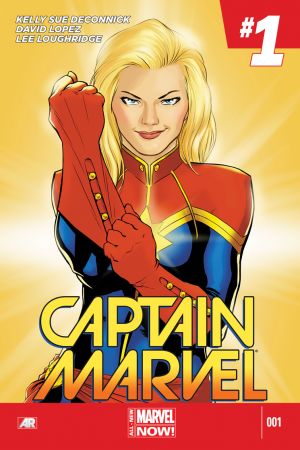 After meeting up with the Guardians, she headed off to help a young alien by the name of Tic who came from a refugee planet. Hundreds of years ago, the planet suffered from a plague that seemed to be returning. However, it turned out that J'Son of Spartax found out about the Vibranium deposits on the planet and mined them without proper precautions which lead to Vibranium poisoning, which created the same symptoms as the plague!

Though it took Carol a while to figure out the best way to help these people, she eventually did what she did best and put herself between innocents and the bad guys who wanted to hurt them! Working with the inhabitants, she ultimately buried the mines way below the surface, which would take centuries to dig out, making the planet useless to J'Son once again. Danvers may have won, but she made a powerful enemy on that mission... 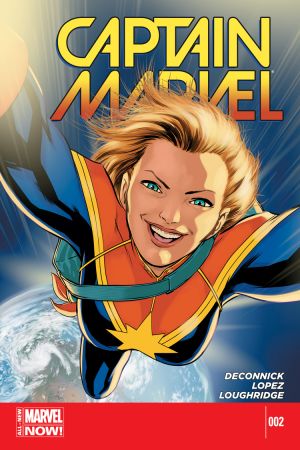 From there, she discovered that her beloved cat, Chewie, was actually the last living Flerken, an alien that could access pocket dimensions and teleport. Though Carol tried leaving Chewie and Tic behind, the latter used the former's abilities to teleport back to Marvel's ship, Harrison, and continue rocking through space.

While exploring the spaceways, Carol traveled with the Guardians to the Agent Venom symbiote's home planet, went with Lila Cheney to a rhyming society where she fought for a man's right to marry whoever he wanted, and also traveled back to Earth around Christmas to see her mentor Tracy Burke who was dying in a hospital. 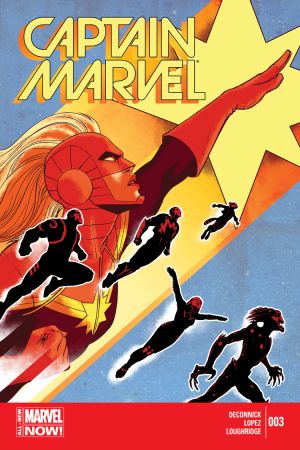 Back in the vastness of space, Captain Marvel saved Tic and Chewie from a gang of space pirates and then teamed up with the Guardians once again to keep the Black Mirror–which granted anyone with their utmost cosmic potential–out of the hands of both Thane and J'Son, who was now running around as a gangster called Mr. Knife.

After a year away from Earth, Carol returned, but Tracy had died about a week prior. In the reading of her will, Burke reminded Carol of their long history together and also tricked her into having a nice day at the beach with her friends, a fitting and bittersweet ending to another classic volume of CAPTAIN MARVEL.