Carl Potts on the Evolution of The Punisher

A key contributor to early stories that helped define the Punisher on the character's path to 'Marvel's The Punisher' on Netflix. 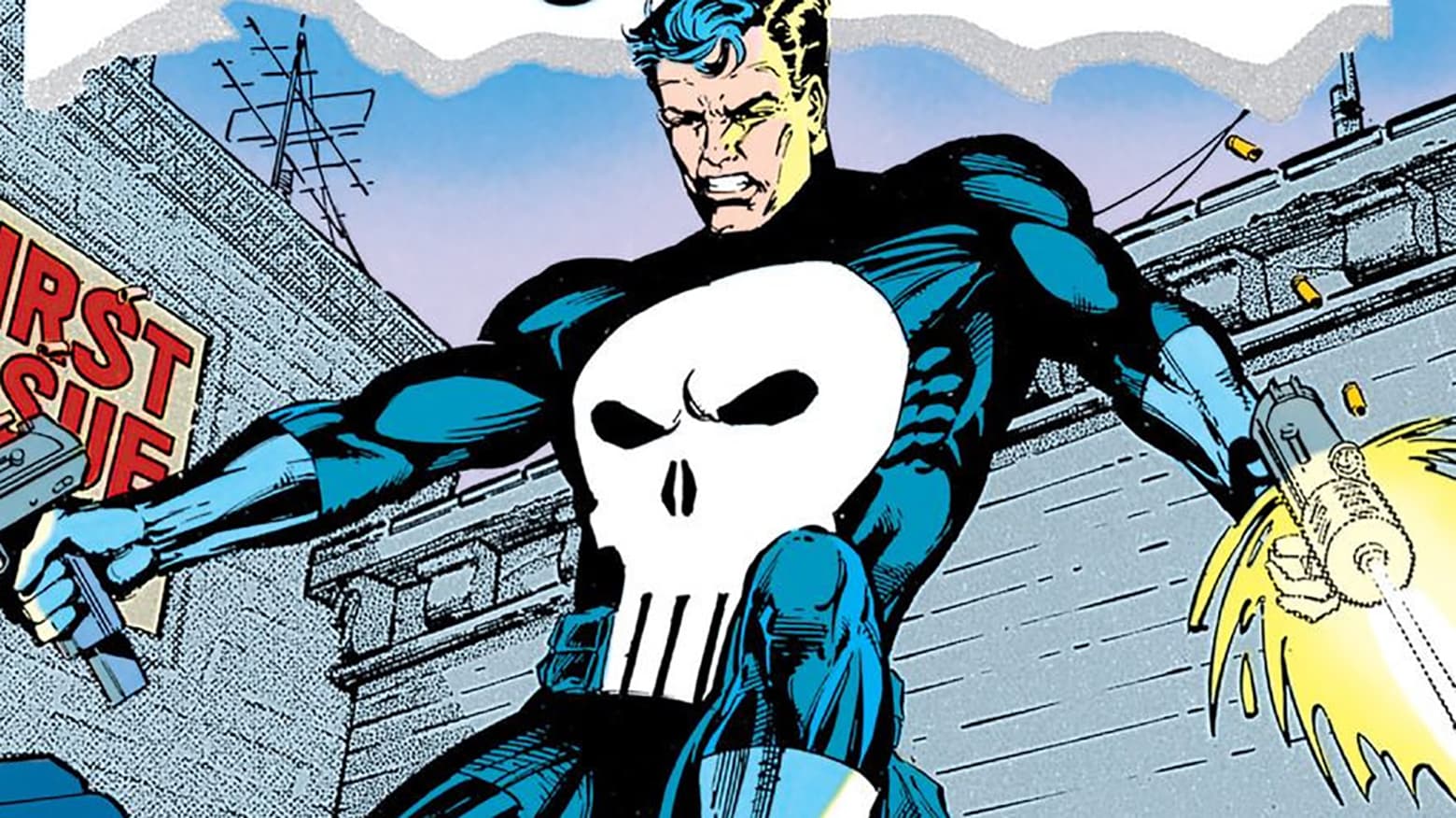 As an Editor and writer at Marvel in the 1980s and 1990s, Carl Potts was an integral part of the development of the Punisher, helping the character evolve from an occasional guest star to someone who was seen as more than capable of anchoring his own series.

With the second season of “Marvel’s The Punisher” debuting this Friday on Netflix, Potts spoke to Marvel.com about the history of Frank Castle and what it’s like for him to witness how far the Punisher has come.

It’s been quite a journey for the Punisher, Potts recalled, noting there was initially a lot of skepticism about whether the Punisher could anchor his own stories in the years following the character’s debut in AMAZING SPIDER-MAN #129 by Gerry Conway, John Romita Sr. and Ross Andru. Said Potts, “When we put the project proposal for the first PUNISHER limited series [AKA PUNISHER: CIRCLE OF BLOOD] into the approval system, many people in Marvel’s editorial and sales departments did not think it would find an audience. However, the popularity of films like the “Dirty Harry” and “Death Wish” series, combined with the solid CIRCLE OF BLOOD limited series proposal by Steven Grant and Mike Zeck, prompted me to take a chance. Around the same time, Jo Duffy handed me her strong proposal for the first Punisher graphic novel, ASSASSIN’S GUILD. It felt like the time was right to give the Punisher a shot at being a lead character.” 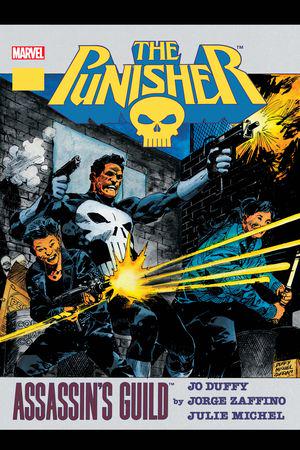 Potts noted that once the character really got going as the star of his own books, “The Punisher titles broke many comics conventions and the character’s popularity took off. We started producing more comics, graphic novels and limited series. We even did a Microchip miniseries!”

Potts had high praise for the man at the center of “Marvel’s The Punisher,” remarking, “Jon Bernthal is great in the role of Frank Castle/Punisher. Bernthal’s got an amazing intensity. He looks and acts the part.And while there have been a few other live-action interpretations, Potts said he felt, “The Punisher’s character in the Netflix series is the best live action incarnation of Frank Castle.” 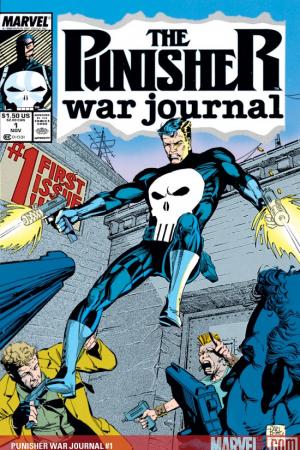 He also has had the pleasure seeing some of his concepts adapting into live-action, noting, “It was a kick to see Clancy Brown play (all too briefly) the Col. Ray Schoonover character I created in PUNISHER WAR JOURNAL in the second ‘Marvel’s Daredevil’ season and at the start of ‘Marvel’s The Punisher’s’ first season.The backstory of Billy Russo’s character is that of Sniper/Rich Von Burian, another character I had a hand in creating in PUNISHER WAR JOURNAL. It’s great fun to see these characters leap off the static two-dimensional page and come to life on the screen.”

Potts’ enthusiasm for “Marvel’s The Punisher” led to an amusing experience, as he recalled, “When a Punisher fan heard that the first season was filming in the NYC area, he suggested that I sign up to be an extra. I did and was on the set for the last episode, playing a civilian in the crowd during the scenes when the Castle family and Russo are enjoying a day at the carousel. None of the footage I appeared in made the final cut but it was great fun to see the actors working at close range and see their comradery between takes.”

The Punisher was first created in the 1970s before really breaking out in the 1980s. Looking back at those early says, Potts said, “The character had, for a long time, been a guest villain and was often depicted inconsistently. Things began to change when Archie Goodwin wrote a pair of Punisher stories in two of Marvel’s black and white magazine-sized comics. Archie’s take on the character was more serious and “realistic.” I believe Archie’s take is what inspired Frank Miller’s version of the Punisher in the issues of DAREDEVIL the Punisher appeared in. It also led to Steven Grant and Jo Duffy’s take on the character.

“When the character got popular, many editors and writers wanted to guest star the Punisher in their titles. Some of them saw only the character’s surface – a very serious man with lots of weaponry who shot criminals. This surface view led some writers to come up with plots where Castle goes after any law breaker, including jaywalkers and litter bugs! One writer had the Punisher enjoy bear hunting, belonging to a gun club, using a torture chamber in his warehouse and other things that were quite out of line with my view of the character. I did my best to make sure most of these tales did not see the light of day.” 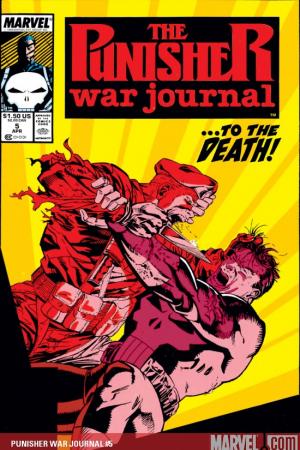 So what does Potts feel defines the Punisher as a character? He explained that when he was editing or writing a Punisher project, he maintained the approach that, “The title of the series could just as easily have been called “The Punished” and refer to Frank Castle as well as his targets. Castle feels tremendous guilt over failing to protect his family from the mob rubout. He suffers even more guilt for having survived when his family did not. Consciously, Castle goes after violent criminals who, for whatever reason, are beyond the reach of law enforcement. He does so in order to prevent the criminals from causing the same types of tragedies that that took the lives of his innocent family. On a more subconscious level, Castle attacks violent criminals in the hopes that he will eventually be maimed and/or killed – thus paying the price he should have paid for failing to protect his family. This is why his war on violent criminals extends far beyond bringing his brand of justice to those who were immediately responsible for the death of his family.”

Potts added, “Anyone Castle gets close to is usually is not long for this world. Their association with the Punisher, his violent life and numerous enemies mean they will usually meet with a tragic end. Castle gets no sense of satisfaction when a successful mission is completed. His mission will not be complete until he is dead.Often, the Punisher’s missions do not resolve long-term problems with violent criminals. Instead, they create or perpetuate ongoing cycles of violence, revenge and death. Kill a bad guy and his/her associates or family will take over and will hunt the Punisher for revenge.”

Potts said for him, the bottom line was this: “As the Punisher, part of Castle’s motivation for attacking violent criminals is his death wish for failing to save his family. Another part of his motivation is the need for the excitement and danger. Both aspects of his motivation help keep him from thinking too deeply about his loss and his guilt. So, his mission is part of his coping mechanism.Frank Castle’s story is a cautionary tale of what happens when vigilantes take the law into their own hands. We thrill to his exploits, and get cathartic enjoyment seeing extremely bad people who are beyond the reach of the law get what’s coming to them. However, in real life, Punisher-style vigilantism would create chaos, perpetuate ongoing cycles of violence and cause injury and death to many innocents/bystanders.”

Ultimately, Potts felt, “Different creators and editors have their own take on the character. Whatever their take, as long as the stories are exciting, innovative, have strong internal logic, are cathartic and make it clear the Punisher’s path is not something to be emulated, the character should be able to maintain his popularity for the long haul.”