May the 4th be with you, Star Wars comic connoisseurs!

In this episode, your hosts Ryan "Agent M" Penagos and Tucker Markus preview all of this week's new Marvel comics—including the spectacular STAR WARS: WAR OF THE BOUNTY HUNTERS ALPHA—before diving into the mighty work of Charles Soule and Giuseppe Camuncoli. Then, Phil shares a few inside stories of what it's like working with the Star Wars concept art team, helping shepherd the visual direction of the Star Wars universe, and writing The Art of The Force Awakens, The Last Jedi, Solo: A Star Wars Story, The Rise of Skywalker, and The Mandalorian! 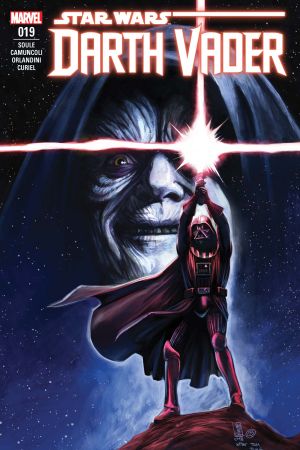 Now tune into the episode here!

In this article: Marvel's The Pull List, Star Wars