Prep for today's 'Star Wars: Vader - Dark Visions' #1 with a look at the Dark Lord's most momentous moments from the original Marvel Comics series!

The new STAR WARS: VADER – DARK VISIONS five-issue series sets out to explore the diverse sides of the infamous character, shedding light on new aspects of the Dark Lord of the Sith.

To many throughout the Galactic Empire, he is a symbol of fear and mysterious, otherworldly power. But there are some corners of the galaxy so dark and desperate that even Vader can be a knight in shining armor...

Long ago, but right here in this galaxy, Marvel Comics' classic 1977-1986 STAR WARS ongoing series also spotlighted Darth Vader on numerous occasions, but at a time when the original trilogy of films kept much of his personal details murky.

To mark the start of the new limited series, here’s a rundown of what we believe to be five of the Dark Lord’s greatest moments from those thrilling days of yesteryear.

After the initial six-issue adaptation of the 1977 film, the series took its own sweet time rolling out another Vader invasion—and when it did, it satisfied on many levels. 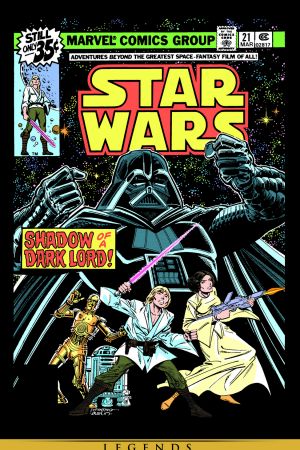 Deep in a Force-coma, Luke Skywalker fought a vision of the Dark Lord, but after coming out of it, he found himself in an impending showdown with the real thing on a huge satellite called the Wheel. The two Jedi very nearly met, but a Force-blast hurled across space from Luke to Vader in STAR WARS #22 gave the rebel and his friends time enough to escape.

Still seeking the name of the pilot who destroyed the Death Star, Darth Vader closed in on a rebel deserter who possessed the information on the lava-covered planet Centares. When the infamous bounty hunter Valance stood in his way, Vader successfully bested him in combat, but lost the Rebel when the man jumped to his death rather than betray Luke and face the Dark Lord’s well-known fury. 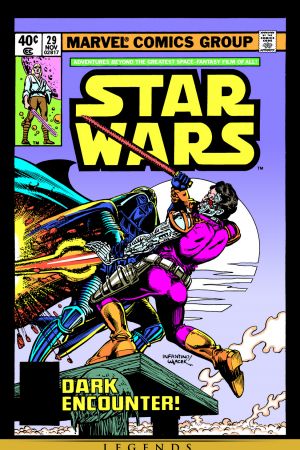 Finally learning Luke Skywalker’s name, Vader met him face-to-face on the planet Monastery when the two vied for the inhabitants’ loyalties. 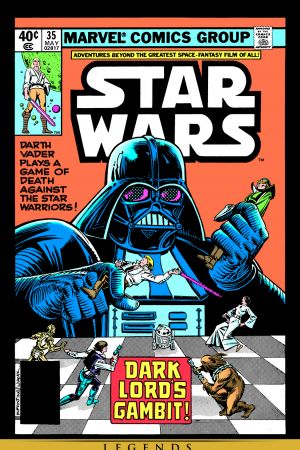 Luke swore an oath to Vader to avenge Obi-Wan Kenobi and got his chance at in STAR WARS #36 as he and the Sith Lord entered into a strange showdown in the planet’s deadly Crystal Valley. There, not all was as it seemed to the young Rebel and he left singed by Vader’s trickery.

The series picked up again after the events of The Empire Strikes Back and the newly established status quo between Skywalker and Vader. 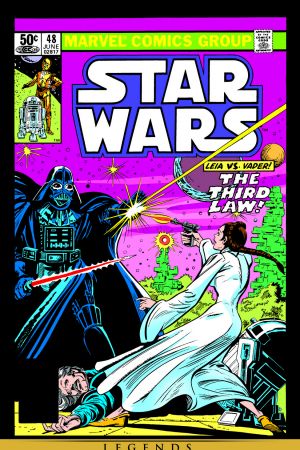 In this issue, the Dark Lord landed on the banking world of Aargau to crush a lone Princess Leia arranged to buy new starfighters, but instead entered into a cat-and-mouse gambit with her. In the end, both Rebel and Imperial gained and lost something when they tried to defeat each other at their own game.

The Empire’s new doomsday weapon, the Tarkin, then became the Rebel’s latest target, but as Darth Vader orchestrated a new tactic to lure Luke to his side he discovered a plot among certain Imperial officers to assassinate the Dark Lord. 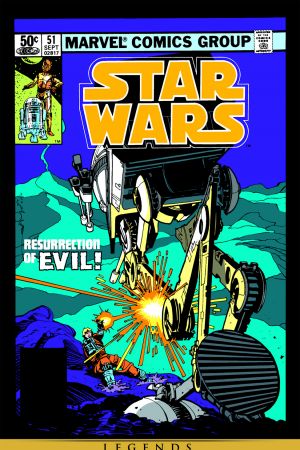 In STAR WARS #52, the officers opened an airlock to eject their foe into outer space, but Vader foiled the attempt by bolstering himself with the Force and slowly walking step-by-step into the escaping air and back into the safety of the Tarkin.

The scribe discusses 'Star Wars,' 'Aero,' and more with your host Angélique Roché!

From ‘Shang-Chi and the Legend of the Ten Rings’ to ‘X-Men: The Animated Series,' recap what's happening at the humble House of Ideas!