As Wade Wilson gets ready to take on T'Challa in Black Panther vs. Deadpool #1, we consider Wade’s history of fighting Super Heroes!

While he does try, Deadpool often finds himself unable to be a team player. As a result, again and again, the Merc with a Mouth ends up going toe-to-toe with some of the Marvel Universe’s strongest Super Heroes.

This week, in Daniel Kibblesmith and Ricardo López Ortiz's BLACK PANTHER VS. DEADPOOL #1, Wade Wilson picks a fight with the King of Wakanda. Outrageous healing factor or not, you just know that means Deadpool will be in for quite a ride in the months ahead...

To see how DP takes a licking but keeps on ticking, we've compiled a few highlights of his illustrious history of taking on Super Heroes he really should know to avoid tangling with by now.

Wolverine and Deadpool have clashed many times—and due to their healing factors, their fights tend to be knockdown, drag-out affairs that ultimately fail to crown a true winner.

Arguably Wade’s best showing in this match-up occurred in WOLVERINE #88. There, fans witnessed Logan—still recovering from Magneto stripping the adamantium from his skeleton—attempt to take on a healthy Merc with a Mouth. While the angry Canadian managed to do some damage with his bone claws, his limited healing factor proved the difference. Wolverine had spent so long knowing he could survive nearly anything, he simply could not change his style enough—despite the limited ability to heal—to defeat the mouthy Merc this time. 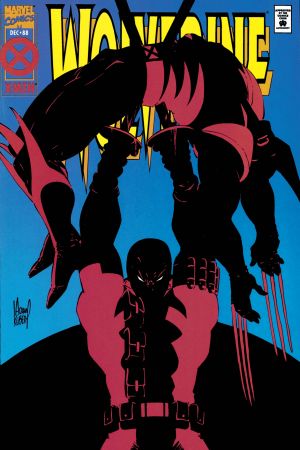 Convinced that the Hulk’s blood could prove a magical cure for all that ails him, Wade Wilson set off to get the proverbial pint in DEADPOOL #4. Alas, when Hulk gets mad, Hulk gets strong, and then, inevitably, Hulk does some smashing. Even for Wade, this presents a problem. 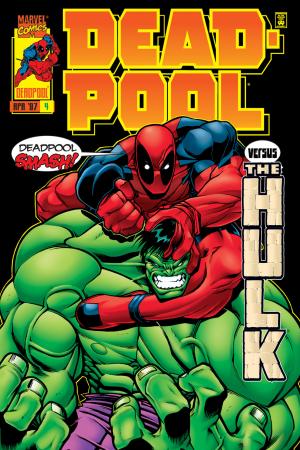 Thus, the Merc with a Mouth had to out-think old jade jaws. Allowing himself to get pummeled, Deadpool managed to manipulate the Hulk to take to the air. After that, it became a matter of physics and aim. Getting underneath the falling gamma monster, Wilson pulled his katana out and let gravity do the rest. Deadpool didn't even come close to beating the Hulk, but sometimes just getting what you need can be victory enough.

...Another rivalry that has yielded more than its fair share of fights—and this one began with a story that started in CABLE & DEADPOOL #7.

In this tale, Cable had achieved an unprecedented amount of power and intended to use it to make the world a better place. However, he also feared losing control of his gift, like his genetic copy X-Man did before him. Thus, Nathan turned to Deadpool to be the one to stop him; ending Cable’s reign before he turned could be the only way to ensure the good he did do remained. DP refused to play by Cable’s rules, however, and chose to lobotomize the son of Scott Summer and Jean Grey rather than kill him. 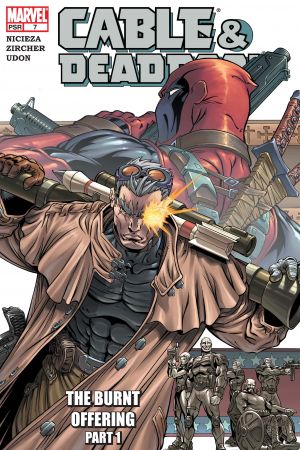 After forming a partnership, albeit an uneasy one, the wallcrawler seemed to be pulling Deadpool further onto the side of good with every issue they spent together. However, after Wade crossed a line during a crossover event, Spidey felt he has no choice but to bring him in for arrest and, hopefully, rehabilitation in SPIDER-MAN/DEADPOOL #23. 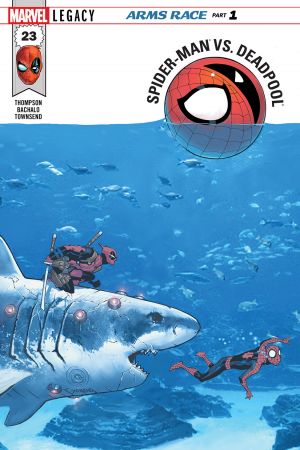 In this issue, the two clashed in a variety of locations, with Spider-Man gamely trying to convince Deadpool that he has gone too far and must make amends. DP himself somewhat agreed, but felt that all he can be is mercenary, that his actions in SECRET EMPIRE proved that he has no ability to truly be a hero.

Thus, in the end, this storyline was less about the fisticuffs between the two and more about a philosophical difference; one side believing a redemption is possible but only by facing the music, the other insisting that dealing with the consequences will do no good when you can only be the person you have always been.

Deadpool vs. Nearly Everyone

In the alternate universe story DEADPOOL KILLS THE MARVEL UNIVERSE, the Merc with a Mouth does, well...that. After being tortured by a Psycho-Man posing as a therapist, Deadpool ends up in a significantly worse headspace than ever before, believe it or not. 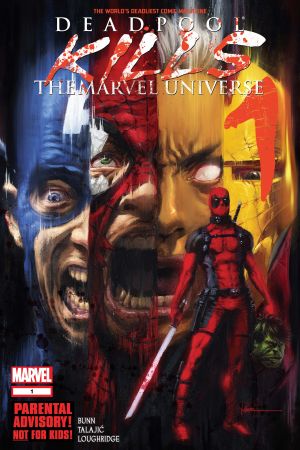 Psycho-Man’s ultimate goal of remaking Wade as a sort of brainless killing machine under the fake doctor’s command failed spectacularly, resulting in the torturer’s own death. However, it did succeed in changing Wade’s disposition and world outlook, reducing him to a nihilist who feels his only purpose must be to kill off every super powered being.

As the book unfolds, we witness his decimation of the Fantastic Four, execution of Spider-Man, incineration of Taskmaster, and so much more. In fact, he eliminates so many foes, he has no choice but to leap into our world and take care of the creators who put him through all this nonsense in the first place!

Deadpool vs. Nearly Everyone Part the Second

And guess what? It all happened once more in DEADPOOL KILLS THE MARVEL UNIVERSE AGAIN. In contrast to the first go-around, however, this tale somehow boasted far more tragedy. 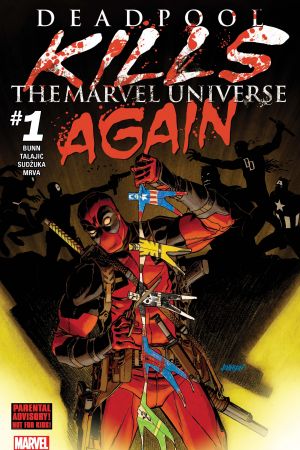 A cabal of villains—including Doctor Doom, Red Skull, and M.O.D.O.K.—managed to successfully seize Deadpool’s mind and make him their personal assassin. While Deadpool had some awareness that things have gone awry, he consistently found himself overwhelmed by hallucinations. During these hallucinatory jags, he engaged in devastating feats of violence while believing he, instead, has been doing benign activities like eating contests or reading a child a story.

In time, a hero does manage to get through and wake up the Merc with a Mouth, at which time he feels he has nothing left but to take revenge, slaughtering the villains as well.

Deadpool vs. Himself (Kind Of)

The Deadpool from the first KILLS THE MARVEL UNIVERSE eventually got himself the nickname Dreadpool, and ended up locked in battle with the familiar Wade Wilson of the prime universe in DEADPOOL KILLS DEADPOOL. 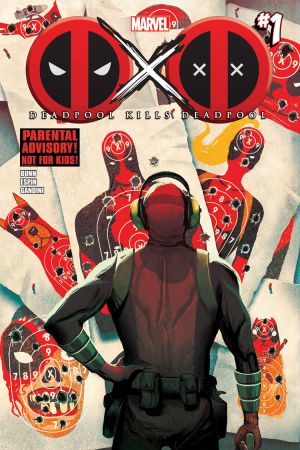 Despite Dread’s more unhinged nature and desire to kill all super powered life in every universe, our guy managed to defeat him. However, appearances ultimately proved deceiving and Dreadpool survived his seemingly fatal wounds. That means that somewhere out there, in a different timeline or on a different plane of existence, the unrepentant murdering Merc is plotting yet another brand-new killing spree.