Get some downright delightful details from across the history of the merry Marvel Multiverse!

That big green galoot we lovingly label the Incredible Hulk has never been much of a team player—but that’s okay, because he’s well-known for hanging out with the Defenders, the world’s most famous “non-team.” And he’s about to do it all over again in the forthcoming IMMORTAL HULK: THE BEST DEFENSE #1—the kickoff to a classic Defenders' potential reunion!

Now, watch as we pull a Hulk out of our hat and fill you in on a few fun facts about the big green guy and those fearless Defender friends of his…and yes, you heard right: friends!

Didja Know… The Hulk turned down the Defenders at least seven times?

Of course, maybe that comes as no surprise to you, being a tried-and-true True Believer, but given the Hulk’s long association with the group, you might think he’d been born into it. But no; after his initial teaming with Doctor Strange way back in INCREDIBLE HULK #126 and his subsequent sidesteps with the Sub-Mariner and the Silver Surfer in SUB-MARINER #34-#35, the green giant stomped back onto his own path while making it crystal clear he didn’t want to be part of no "Defenders," thank you very much. 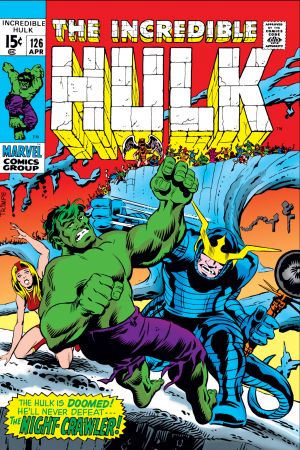 And then he said it again, at the riotous wrap-up to MARVEL FEATURE #1, and once more following the fateful flap in MARVEL FEATURE #3, and still again in the midst of DEFENDERS #2. So what changed, you ask? Well, maybe it came down to the appearance of a new Valkyrie in the landmark DEFENDERS #4 that turned the tide for the Hulk, but even that lovable lass couldn’t stop him from pushing off all pouty-faced in DEFENDERS #5, stating defiantly he didn’t want to be a Defender.

In the end, it took a Defenders/Avengers War and an audacious attack by Xemnu the Titan in DEFENDERS #12 for ol’ Jadejaws to finally fail to stop tagging Doc Strange as “dumb magician” and realize that his alleged “non-team” stood tall as his unfailing friends.

Didja Know… On two separate occasions, the Defenders tried to gift the Hulk with mittens!?

Every good kitten needs mittens, but does a gamma-spawned emerald brute? Doctor Strange gave him a pair in DEFENDERS #2 when he and the group had to hike it up to a hidden Himalayan valley to confront a cretin called Necrodamus and he disguised his comrades as “ordinary explorers.” Hulk wondered out-loud why he needed the mittens, but he never did receive an answer—go figure. 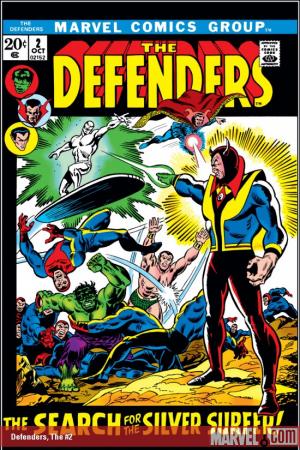 Then, much later, in MARVEL TREASURY EDITION #13, the behemoth opened a Christmas present from the gang to see—yep, you guessed it: Mittens. ‘Nuff said!

Didja Know… It took the Hulk 125 issues to finally quit?

Through trail and error, tumult and turmoil, and a few Super Villains just for fun, the Defenders fought tooth and nail for truth and justice and the Hulk stood by their sides as it transpired. But, as all things do, DEFENDERS #125 told the tale of the end for greenjean’s membership—such as it was. He and the original group—Doc Strange, Namor, and the Silver Surfer—spent some time away from Earth, you see, and in the meantime, ex-X-Man the Beast got a brainstorm of an idea stuck in his fur to make the Defenders a real team. 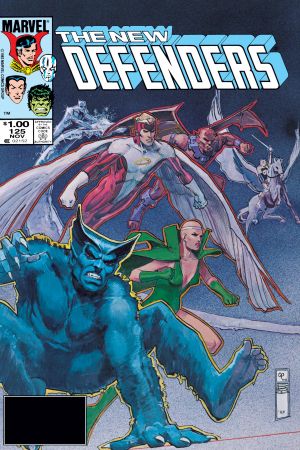 Well, the idea took root, as ideas do, and when the Hulk and the other returned the writing not only appeared on the wall, it seemed scrawled in indelible ink. Then, the originals heard the startling screed of disastrous doom for the planet, all due to their own Defender-ing. What to do? In order to defend the Earth the best they could, they disbanded. After many amazing adventures, the Hulk finally got what he always wanted, to be left alone!

In this article: Hulk (Bruce Banner), The Defenders