Hey, Didja Know Diehards! It seems utterly fantastic to us here that only now one of Marvel’s greatest and oldest characters would finally be getting her own limited series! Don’t look now...but it’s Sue Richards and she’ll be appearing before your very eyes in next week's INVISIBLE WOMAN #1!

So in celebration, here are a few little-known factoids about the Fantastic Four’s resident powerhouse, calculated to clue you in to the early adventures of the one and only Invisible Woman!

Didja Know… Sue once wanted to be a movie star?

She and the other members of the Fantastic Four—that’s Mister Fantastic, the Thing, and the Human Torch, don’tcha know—first got a taste of facetime in a feature back in FANTASTIC FOUR (1961) #9, when the Sub-Mariner actually filmed, produced, and released a movie featuring the foursome. Weird, sure, but we’re told it ain’t all that bad. 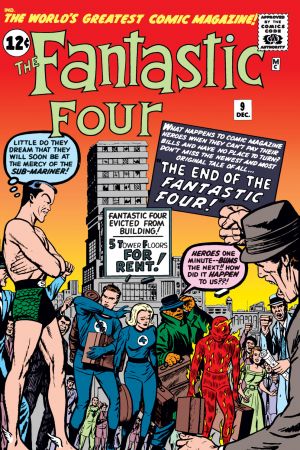 Then, in FANTASTIC FOUR (1961) #15, our heroes all went their separate ways for individual vacations thanks to the matchless machinations of the Mad Thinker. Sue was “discovered” by a producer and thought she’d be in a big Broadway show, but somehow that miraculously morphed into a splashy science fiction epic filmed out west, complete with alien landscape and big monster props! No CGI here, folks!

You’re probably figuring by now that our dear Sue wasn’t cut out for the fabulous frivolity of a film star, and you’d be right—if you look up “debacle” in the dictionary, you’ll see a still from this turkey. And we’re still waiting for the full feature to be released! Hey, Namor somehow managed it!

Didja Know… Sue almost died BEFORE HER SON WAS BORN?

Our collective cap’s doffed to all the mothers out there; nobody ever said it was an easy job, but when you’re an irradiated super hero expecting a baby, nothing normally goes according to Hoyle.

So, in FANTASTIC FOUR ANNUAL (1963) #6, Reed Richards darkly determined Sue’s own altered blood cells contained too many cosmic crumbs from their original space jaunt to safely bring their baby into the world. What to do? Take a terrifying trip into the nasty Negative Zone to bring back Annihilus’ Cosmic Control Rod to save Sue, that’s what!

Reed managed to save the family, then they named the baby after Sue and her brother Johnny’s deceased dad, Franklin. And the rest is hallowed history here at the House of Ideas!

Didja Know… Sue ONCE became one of the Fantastic Four’s most fearsome foes?

Sue transformed herself into the malevolent Malice in FANTASTIC FOUR (1961) #281 and utilized her amazing abilities for evil instead of good! It looked pretty bad for the team at that time, but Reed, never one to say “die,” dialed it up to eleven and plastered some particular psychology right over the Psycho-Man’s masterful manipulations. Sue summoned her own inner strength then to turn the tables on the villain and, well, maybe that’s best left to the imagination. 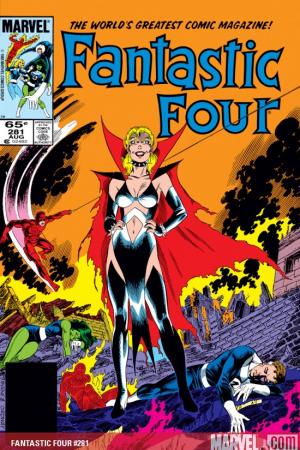 Because you’ve been so good through all of this, chums, we’re gonna lay a little extra “Didja Know” on you now: Didja Know…this is when Sue changed her codename from “Invisible Girl” to “Invisible Woman”? Well, now you do! No extra charge.

Who Is Millie the Model?