She’s the maestro of the mind, the sovereign of the cerebellum, the bald, big cheese of the brain—she’s the marvelous Moondragon and she’s currently settin’ fire to the stars in the pulse-pounding pages of GUARDIANS OF THE GALAXY!

Now, before you can say we’ve been bamboozled and bewitched by the psionic soldier of the spaceways, let us move on and roll out some frankly fantastic facts about the one, the only, Moondragon!

Didja Know… Moondragon’s dazzlin’ daddy’s a cosmic cut-up in his own right?

Of course, the riotous ranks of Marveldom Assembled already know and love the grim-but-groovy guy called Drax the Destroyer, thorn in the tuchus of Thanos the Titan, but Didja Know he had a dashing daughter who also took up the family business?

Way back in DAREDEVIL (1964) #105, scribe Steve Gerber revealed Moondragon’s outrageous origin as an Earth girl whose parents were killed, and she wound up being taken under the wing of the mysterious Mentor and raised as a priestess of a group called the Shao-Lorn on the planet Titan. Whew! That’s a mouthful! Or rather a mind-full, because her burly brains were then trained to give her pulsating psychic powers far beyond anything known back on the little blue ball of her birth. 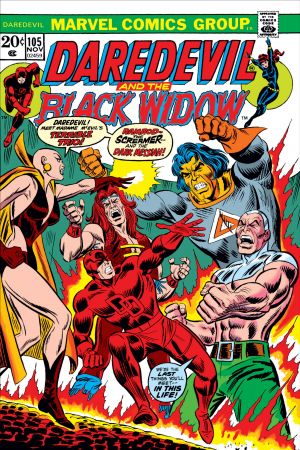 What’s this have to do with Drax, you howl? Just this: A few months later in CAPTAIN MARVEL (1968) #32, writer Mike Friedrich told the tale of the Destroyer’s own origin to not only readers, but to Drax himself! Drax learned he was really Arthur Douglas and because he’d accidentally seen Thanos’ spaceship on Earth, he and his wife were killed, and his daughter Heather survived to become—you guessed it ‘cause you’re good—Moondragon!

Oh, and yeah, Arthur became Drax. See how these things work out?

See…DAREDEVIL #105 was not 'Dragon's first dalliance in the Marvel U. Didja Know her actual authentic first appearance was in IRON MAN (1968) #54 as the malevolent monarch of the macabre with the moniker of Madame MacEvil?

Okay, okay, sure; it’s not the most scintillating of sobriquets ever scratched into the sand, but at the moment in time it gave Iron Man and Namor the Sub-Mariner a reason to quake in their little knitted booties. And yeah, we get it, ol’ Subby doesn’t wear boots, but just go with it, dig? 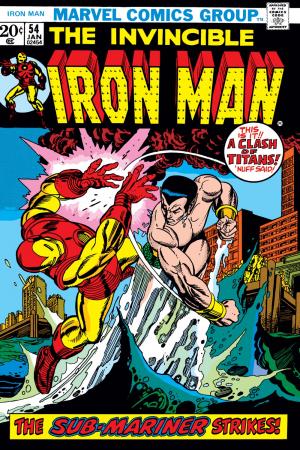 What happened was Madame MacEvil set the two titans on a path for a pounding—on each other—and then disappeared when the deed was done. Then, that same writer, Mike Friedrich later revealed in DAREDEVIL #105 that MacEvil was really just Moondragon and it was all a plan to figure out how to fight Thanos and Iron Man and Namor were easy subjects for her scheme. Hey, happens all the time!

Didja Know… Matt Murdock once fell in love with moondragon?

By now, some of you might be wondering about this DAREDEVIL #105 deal—pretty strange place for a cosmic character like Moondragon to flaunt her grey matter, huh? Well, as always here at the House of Ideas, there’s a smash-bang story behind it. Onward!

When ol’ Hornhead fell into the water during a fight with Kraven in that ish, he literally fell into Moondragon’s ship and into a much larger world. Telling DD her origin—we covered that up there—she joined with him in a battle against a corrupt lawyer trying to take over San Francisco—we don’t make this stuff up—and in the course of the clash felt a flutter of the heart for the Man Without Fear. And gave him back his sight! 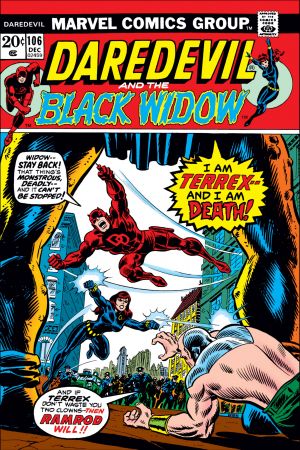 What? We didn’t mention that, you scream! Sure we did! Moondragon was wounded in DAREDEVIL (1964) #106 and in order for Matt to operate the machine to heal her, she had to restore his sight. As these things go, she made him blind again one issue later so he could use those incredible senses of his, but alas, she couldn’t heal either one of their broken hearts and after professing their feelings for each other in DAREDEVIL (1964) #108, the cutest couple ever went separate ways…

Anybody got a hankie? We’re not crying! You’re crying!

Earn Points, Get RewardsJoin NOW!
In this article: Moondragon, Guardians of the Galaxy

See Kevin Bacon in action in ‘The Guardians of the Galaxy Holiday Special.’