So, why are we about to natter on about the Negative Zone in such a positive place as this? As usual, we’re glad you asked! It’s all because of the limited series about to launch with a likable drink of lemonade labeled FANTASTIC FOUR: NEGATIVE ZONE #1 and we think it deserves a look-see as only we here at Didja Know central can do!

Now turn that frown upside-down and gird your loins for passage through the Distortion Area into…the Negative Zone!

Didja Know… the worst villain in the Negative Zone once saved a super hero’s son?

A while back, the Fantastic Four learned a lulu of a lesson: Nothing is Ever as It Seems in the Negative Zone. And so it is here in this crafty, clever column! What we mean to say is that Annihilus, that scourge of the sparkly spaceways, once provided an important article to save the life of not only Sue Storm, the invincible Invisible Woman, but that too of her firstborn child, Franklin Richards.

It all came to pass in FANTASTIC FOUR ANNUAL (1963) #6, when Sue’s pregnancy became complicated by the cosmic radiation coursing through her body, and her hunky hubby Reed Richards set his big brain on capturing the one thing that would surely save both mother and child—Element X! Where to find said substance? Why, conveniently for our column, in the Negative Zone, ‘course!

Reed, along with his pulse-pounding partners the Human Torch and the Thing, entered the anti-matter arena in search of the element, and found it residing in the Control Rod of none other than Annihilus—and he wasn’t playing ball that day. Lo, the usual back-and-forth battles occurred, but in the end Reed managed to manhandle the pertinent particles back to the positive world and apply them to Sue and the unborn baby…and the day was saved in frantic Fantastic Four fashion!

In the now-classic FANTASTIC FOUR (1961) #251, the First Family of the Marvel Universe left theirs to plunge headlong into the Negative Zone on an excursion of exploration and edification, and almost immediately dropped right into their own legend.

Huh? You say, and rightly so! Yep, in FANTASTIC FOUR (1961) #252 the titular team tussled with the tyranny of an alien race living on a world whizzing about in the Zone, a group of people that had a prophecy of “the four who fall from the heavens” and solve their problems. Crazy, huh? Well, hang onto your hankies, bunky, ‘cause you ain’t heard nuthin’ yet! Seems the old matron of the bunch predicted the Fantastic Four would “come in kindness, but act in ignorance,” and sad to say, they really, really put their collective foot in it that time. 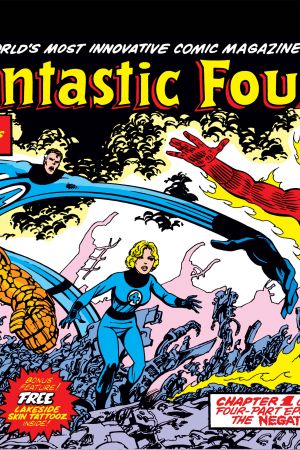 Did we mention the fable featured a big building called “Ootah” and that the alien race worshipped it as a god? And the building actually had a kind of life all its own? Well, we did now, so seek out the issue and may Ootah be with you, effendi!

Didja Know… the Negative Zone once housed a human-made prison?

Sort of sad, but yeah, pal, s’truth. During the so-called CIVIL WAR here on Earth, the combined might of Tony Stark, Reed Richards, Hank Pym, and a some other big-headed brainiacs built a prison in the Negative Zone…to hold heroes.

Not just any heroes—nossir! T’was those who resisted the Registration Act and would up walking the cellblocks of the jaunty jailhouse. Officially dubbed Negative Zone Prison Alpha, Stark thought of it as Project 42 and its prisoners laughingly labeled it “Fantasy Island.” The prison reeked of high security, but as these things go it eventually fell to the inmates and changed hands more than once.

Hey, before we forget, did we ever tell ya about how the Negative Zone has been used as a kind-of prison for Galactus, the Devourer of Worlds? Happened the first time in FANTASTIC FOUR #123, but t’weren’t the last time—we mean, where else can you stash away a frankly frightening force of the universe when he’s having a bad day? 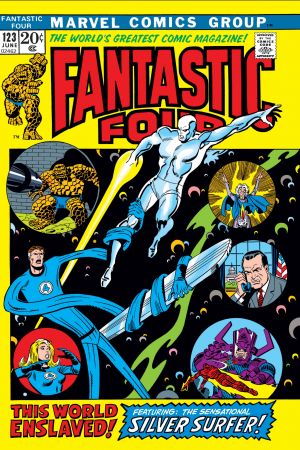