Everything That's Happened in 'Venom' So Far

Prep for the wicked culmination of the "Venom Island" arc in April 8's oversized ish #25!

The last two years have been pretty rough on Eddie Brock—but things have never been more exciting for Venom!

On Wednesday, April 8, writer Donny Cates and artist Mark Bagley’s VENOM #25 will present a special oversized finale to the vicious “Venom Island” storyline. Eddie’s got a major decision to make, and he may need his son to save him...

Ahead of this landmark ish, Marvel.com is taking a look back at the major milestones of Cates’ run so far with VENOM.

Did you know that the symbiotes were weaponized by S.H.I.E.L.D. during the Vietnam War? That was a shock to Eddie when he got to know Rex Strickland in VENOM (2018) #1-6. Rex was among the soldiers handpicked to receive a piece of the Grendel symbiote, as seen in WEB OF VENOM: VE'NAM (2018) #1. However, the real Strickland was killed in the conflict; it was his symbiote, Tyrannosaurus, that took over Strickland’s life and maintained his identity for decades.

Strickland/Tyrannosaurus proved to be a loyal ally to Eddie before his untimely demise. But he did help warn Venom about a major threat on the horizon.

Everything Eddie thought he knew about the Klyntar symbiotes was wrong.

In VENOM (2018) #4-6, Eddie came face-to-face with his ultimate nemesis: Knull. The so-called “god of symbiotes” created the race before they turned on him. It turns out that “Klyntar” isn’t the name of the symbiotes’ homeworld. Instead, it’s their word for “prison.” Knull’s body was trapped deep within Klyntar and surrounded by countless symbiotes. On Earth, Knull manifested himself through the Grendel symbiote. 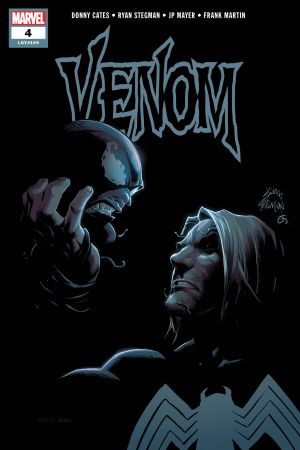 Unfortunately, Knull was far from finished with Earth. VENOM (2018) #8 established that each symbiote leaves behind a codex in their hosts which would allow Knull to be freed when assembled. One of Knull’s followers used a piece of the Grendel symbiote to resurrect Carnage. In turn, Carnage decided to awaken Knull by bringing all of the codexes together. 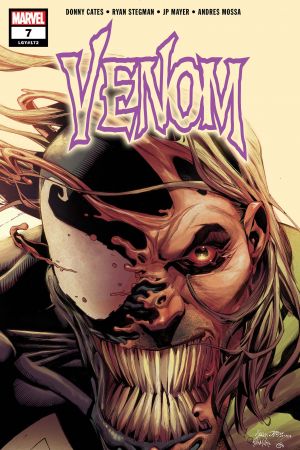 But that meant killing almost everyone who had ever been possessed by a symbiote.

VENOM (2018) #7 introduced Dylan Brock as Eddie’s long-lost younger brother—though Eddie eventually came to realize that Dylan wasn't his brother; Dylan was actually his son. The truth, however, continued to become even stranger. Back when Eddie sent the Venom symbiote to save his ex-wife, Anne Weying, she somehow became pregnant with their son. Dylan was also merged with the alien's codex and given a heritage that makes him uniquely suited to wield the powers of a symbiote. 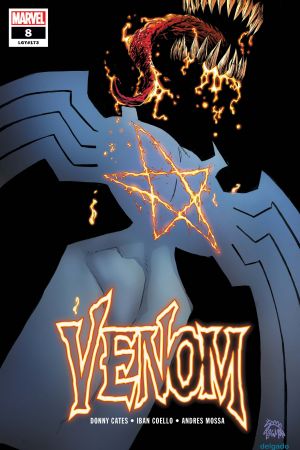 Although Eddie initially hid the truth about Dylan’s parentage, they have slowly built their relationship as father and son.

Eddie and the Venom symbiote have always loved each other...in their own way. However, VENOM (2018) #11 forced Eddie to realize that the symbiote had been lying to him for years. It manipulated Eddie to believe that he lost his sister, Mary, and his uncle, Dan, to cancer. But neither Mary nor Dan ever existed. Even Eddie’s cancer was a lie created by the symbiote to keep them from separating. This caused a seemingly irreparable rift between them... 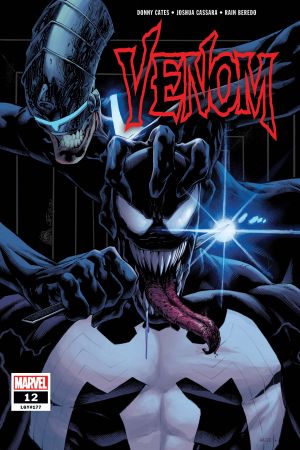 A New Kind of Venom

During the WAR OF THE REALMS, Eddie and Dylan were vulnerable without the symbiote to protect them. But in VENOM (2018) #13-15, Eddie briefly had access to an Asgardian relic that recreated Venom’s suit, powers, and weaknesses. 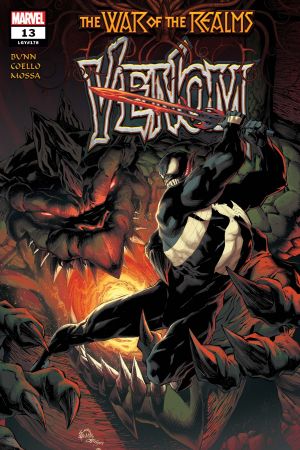 As for the Venom symbiote itself, it stood against Malekith the Accursed alongside Earth’s heroes. But in WAR OF THE REALMS #3-6, Malekith captured the symbiote and bent it to his will. Malekith was joined with Venom until he was defeated by the many incarnations of Thor. Miraculously, the ordeal healed the Venom symbiote’s previous injuries.

As Carnage finally made his play to awaken Knull in ABSOLUTE CARNAGE, Eddie and the symbiote finally reunited. Venom joined forces with Earth’s heroes to face Carnage at his most powerful.

To save Dylan’s life, Eddie absorbed the Carnage symbiote into his original symbiote. This finally gave Venom acceptance from Earth’s heroes—but Eddie decided not to tell his new friends that his actions allowed Knull to escape. And that the God of Symbiotes was already on his way to Earth...

From VENOM (2018) #21-24, Eddie tried to escape the influence of the Carnage symbiote. That inner turmoil may have also cost Eddie a shot at membership in the Avengers. To save his sanity and himself, Eddie returned to the island from AMAZING SPIDER-MAN (1963) #347, where he once spent several months in happy solitude with the Venom symbiote. After a harrowing battle, Eddie successfully separated Carnage from the Venom symbiote...even though it cost him a hand! 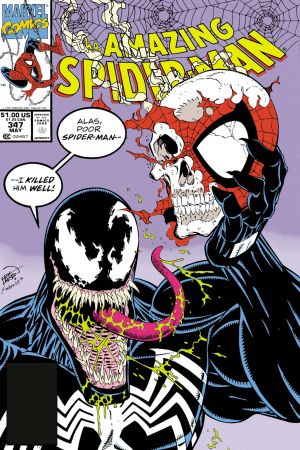 But with Eddie now possessed by Carnage, it falls on Dylan to save the day. Although he's thousands of miles away, Dylan has remotely joined forces with the Venom symbiote...and the battle for Eddie Brock’s soul will commence in VENOM #25!

Pre-order the mighty mag with your local comic shop today, then pick it up on April 8!

This May, symbiotes steal the spotlight in new anthology series 'Extreme Venomverse,' starring Venom and the first appearances of all-new symbiote heroes and villains.

Learn more about the four 'Free Comic Book Day' titles coming to your local comic shop on May 6.