Selene, now a part of what's secretly known as the Power Elite, has normally been considered a foe of the X-Men, but has appeared most recently in Ta-Nehisi Coates and Leinil Francis Yu's CAPTAIN AMERICA #5.

This immortal mutant, who's also an expert in sorcery, originally debuted in 1983's NEW MUTANTS #9 by Chris Claremont and Sal Buscema. At that time, the young team of Sunspot, Cannonball, Moonstar, and Wolfsbane found themselves in the strange place known as Nova Roma, an ancient Roman city hidden in the Andes.

Nova Roma played home to Selene at that point, and she'd been there for a long time. She played the role of supportive wife to a man, Gallio, who wanted to be king. What he didn't know, though, was that she worked black magic to not only manipulate him, but anyone else who got in the way of her plans.

Thanks to some trickery and propaganda, Gallio managed to save the New Mutants from the gladiatorial arena, propping them up as prophesied champions. This suited Selene's needs as she had the female children–including their new ally Amara Aquilla–secreted away so she could feed off of their powerful life essence. 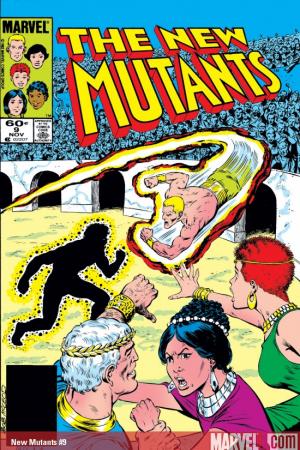 Amara turned out to not only be a member of Selene's extended family, but also a mutant soon to be known as Magma. In a stunning turn of events, the appearance of her powers during Selene's attack allowed the kids to change the game against Selene.

Magma managed to escape and get the rest of the team while Selene captured Dani Moonstar, intent on making her her new disciple in the dark arts. Losing his temper, Sunspot commanded his friends to perform a series of tasks that allowed him to throw Selene into a deep lava trench before burying her inside with tons of rubble.

Though his fellow New Mutants thought the act an impetuous and potentially murderous one, Roberto seemed to know what proved to be true: Selene would be back.

Chris Claremont didn't wait long to bring the character back into the fray. That same year he, John Romita, Jr. and Dan Green re-introduced Selene in UNCANNY X-MEN #183 as she fed upon a poor schlub named Stuart. 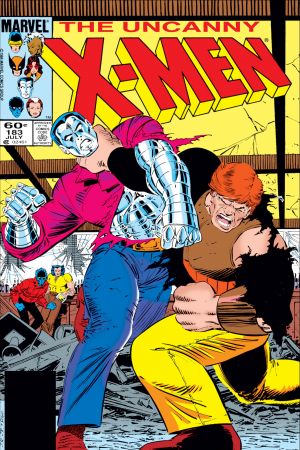 In the following issue, she attempted to forcibly take Rachel Summers as her heir, but the X-Men showed up to stomp her out. By the time UNCANNY X-MEN #189-#191 rolled around, she'd used her minions to score a new gig as the Black Queen of the Hellfire Club, a position she held for years, making trouble for the X-Men and other mutants along the way.

In this article: Selene