Flashback Friday: Daredevil vs. the Punisher

Look back at Frank Castle and Matt Murdock's titanic tussles!

Look, Daredevil and the Punisher don't exactly get along.

While both dedicate themselves to keeping innocents safe, one eschews the law to take out criminals as a one-man judge, jury, and executioner, while the other dedicates his entire life to defending the law both in and out of costume. So, when they find themselves working together–as in this week's PUNISHER #3 by Matthew Rosenberg and Szymon Kudranski–punches are thrown, bullets fly, and blood spills.

Over the years, something strangely resembling respect has developed between these two, though, which leads to more than just fisticuffs when they cross paths. These are some of Daredevil and the Punisher's messiest meetings. 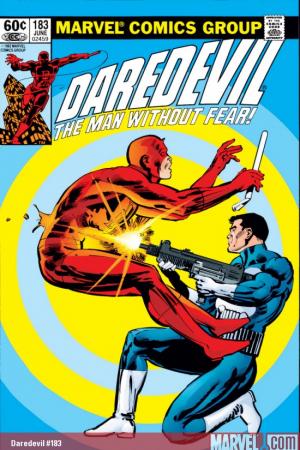 Roger McKenzie, Frank Miller, and Klaus Janson introduced Daredevil to the Punisher for the first time in 1982's DAREDEVIL #183-#184. The two meet while Matt's undercover trying to find a drug dealer and, after the Hell's Kitchen hero gets jumped by thugs, the Punisher shows up. After getting some info on the criminal from Ben Urich, Daredevil focuses his efforts on stopping Punisher's murderous reign.

These initial meetings laid down the foundation of their relationship, with Horn Head knowing that Punisher wouldn't kill an innocent, and Castle understanding that the red-clad hero wouldn't kill at all.

However, Daredevil does shoot Punisher...answering the inherent question set out in the iconic cover to issue #184 with the gun-toting hero. 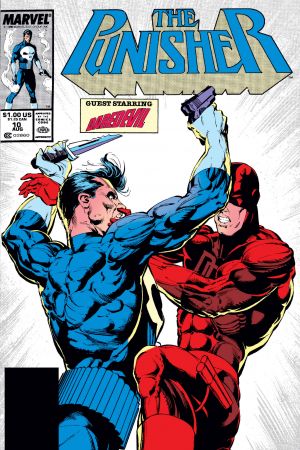 The stark differences between these two characters really came to light in a 1988 crossover between THE PUNISHER #10 and DAREDEVIL #257, wherein both vigilantes try to find out who's putting cyanide in various products from the Zum Corporation.

Mike Baron and Whilce Portacio handled Castle's side while Ann Nocenti and John Romita, Jr. chronicled Daredevil's; both books take place concurrently and show a knock-down fight between the two with the killer, Alfred Coppersmith. Daredevil wins, making off with the unconscious murderer, who he then goes on to represent in court as Matt Murdock.

Later that same year, Daredevil decided to show up several times to help Frank out in the second and third issues of THE PUNISHER: WAR JOURNAL. 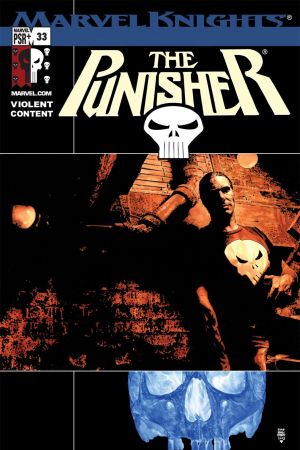 In THE PUNISHER #33-#37 by Garth Ennis and John McCrea, Daredevil calls Wolverine and Spider-Man together to take Castle down. After a series of fights, Punisher unleashes the Hulk to keep the others busy so he can chat with Daredevil. Basically, he tells him that this crusade is pointless because, if he's in prison, he plans on being the Punisher in the clink. The only way to stop Punisher ends with a body bag, and Horn Head's just not willing to go there. In the end, Castle walks away injured, but a free man. 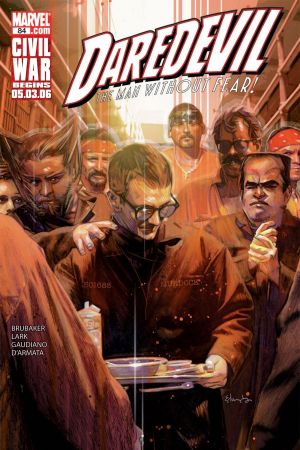 At the end of Brian Michael Bendis' epic DAREDEVIL run, he left Matt Murdock in a unique place: jail. When Ed Brubaker began writing the series after that, he needed to get our hero out and came up with a surefire way: Frank Castle. In DAREDEVIL #84-#87, Castle breaks a criminal's neck and then turns himself into the cops. Soon, he finds himself in Ryker's with an increasingly violent Murdock, as well as Kingpin and Bullseye. After explaining his presence there by saying he wanted to see what the devil looked like when he became more Punisher-like, Castle helps Murdock escape from jail by taking advantage of a riot. Before going their separate ways, Castle says, "You're hurtin' a lot right now, Murdock, with good reason. But you don't want to be me. You needed to remember that." 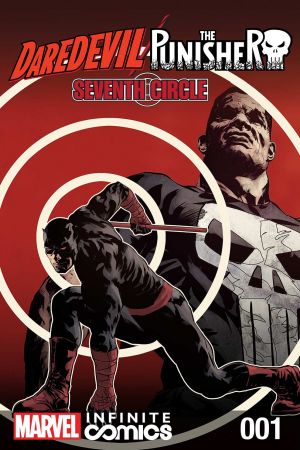 In DAREDEVIL/PUNISHER: SEVENTH CIRCLE, Charles Soule, Reilly Brown, Szymon Kudranski, and the gang put both vigilantes to the test with criminal Sergey Antonov. Murdock attempts to deliver him to the airport so he can stand trial in Texas, while Castle dedicates himself to killing the criminal. Along the way, the cops, Antonov's goons, and even a guy in Crimson Dynamo armor step in to stop both of them from seeing their mission complete. Along the way, the two fight alongside each other before getting into it with each other once again. Ultimately, Daredevil wins, but Punisher doesn't mind too much, assuming that the law will take care of Antonov.

Read these comics and more on Marvel Unlimited right! And visit your local comic shop to read PUNISHER #3 today!