As the one-time White Queen faces off against young Jean Grey, look back to how Emma got there!

Emma Frost continues to have a rough go of it lately. She lost her love, Cyclops, back in INHUMANS VS. X-MEN and took on the huge responsibility of governing New Tian during Secret Empire. Now she’s facing off against an alternate reality version of Jean Grey in the 9th issue of that character’s series.

Longtime readers know, though, that Emma’s had more than her fair share of dark times. In fact, when she first debuted back in 1980’s UNCANNY X-MEN #129 by Chris Claremont and John Byrne, she pledged to take on the X-Men for the Hellfire Club as the White Queen. 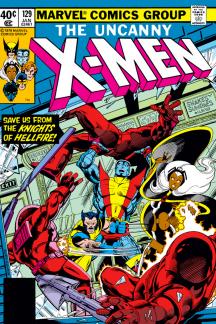 Part of that mission involved trying to recruit Kitty Pryde – also in her first appearance – for The Massachusetts Academy instead of Xavier’s School. She even sent some minions to attack the X-Men while Storm, Wolverine and Colossus took the future Shadowcat out for ice cream. The Club made off with the mutants, but didn’t realize that Pryde had used her phasing abilities to stow away on their getaway ship.

In #131, while still holding some of the X-Men captive, Jean Grey showed up as Phoenix and the two entered into a battle that literally brought the building down around them both. As we learned in #151, Frost used the opportunity and her own abilities to make her enemies think she’d died in the process. In reality, she returned to the Massachusetts Academy where she would use her mind-control powers to make Kitty’s folks transfer her to the school Frost acted as the head mistress for. 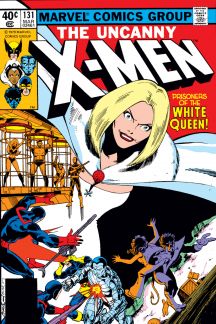 Emma’s plan didn’t just involve transferring Kitty, though, she also took the opportunity to switch minds with Storm! After much scheming and subterfuge, Frost eventually realized just how much power Ororo wielded and resorted to her own body. 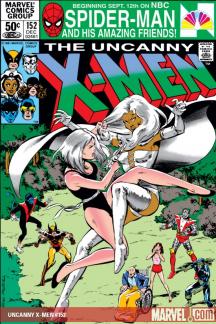 From there, Emma Frost continued to cause trouble for the X-Men and their younger members known as the New Mutants. As seen for the first time in NEW MUTANTS #16, she even put together her own group of powered teens that she trained her own unique way. 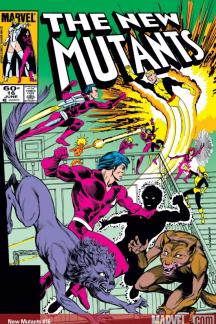 Truly dedicated to these young people, Frost felt devastated when they were slaughtered in UNCANNY X-MEN #281–282. In fact, she used that guilt to fuel her desire to switch sides and joined the X-Men during The Phalanx Covenant, going on to take a teacherly role in GENERATION X.

Since then, Frost has continued to align herself with the X-Men and has become a major feature in the X-World making her one of the more multi-faceted characters around and not just because of her diamond form!

For an even more in-depth at Emma’s early days, check out the Karl Bollers-penned EMMA FROST series from 2003-2005. With art by Randy Green, Carlo Pagulayan and Adriana Melo, the series began by examining a meek, brunette, high school age Emma as she started developing her incredible mutant psychic powers. From there, she develops the basis for the character we’d come to meet in her first appearance.