X-MEN GOLD #10 by Marc Guggenheim and Lan Medina reintroduced the world to one of the merry mutants’ more dangerous foes: Omega Red! The Russian killer-turned-super-killer beat Colossus and Magik to their quarry in their shared homeland. With tentacles a-flying, let’s look back at the man known as Arkady Rossovich’s past.

Readers first got a glimpse of Red in the historical X-MEN #1 in 1991 by Chris Claremont and Jim Lee. He’s only seen at the very end of the issue in a page dubbed “things to come.”

The first actual appearance came a few issues later when he burst onto the scene in X-MEN #4 which John Byrne scripted. The very first page of that issue showed 25 people giving their lives so that Omega Red could continue his own thanks to the efforts of Matsu’o Tsurayaba. In exchange, Matsu’o sent Red on Logan’s trail which lead to a full-on assault at the X-Mansion. 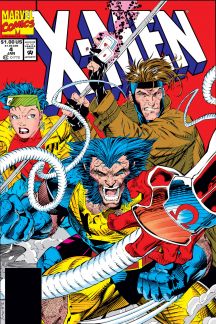 In the next issue, with the rest of his team in the hands of high tech ninjas, Wolverine found himself a guinea pig for Omega Red’s masters, an experience he’d grown to despise over the years. Given the chance, he escaped as soon as possible. Along the way, though, he remembered parts of a Team X mission that put Maverick, Sabertooth and himself in direct conflict with Arkady. 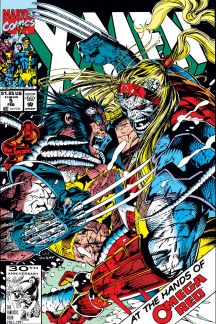 In further appearances, we learned that Omega Red’s iconic tentacles consisted of an Adamantium-like metal called Carbonadium that allowed him further reach with his Death Factor mutant power. The energy vampire also revealed that he could release certain “lethal pheromones” into the air. He used all of these abilities to take on the X-Men in #6.

The next installment featured a reunion of all four individuals involved in that particular mission along with a nice battle between Psylocke and Omega Red, followed by a series of explosions and fights that lead to both sides getting away from one another. 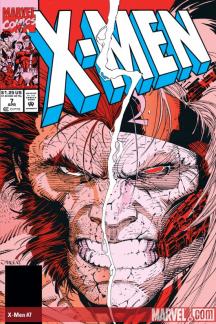 Omega Red would return to plague the X-Men over the time, but has also appeared in CABLE, WEAPON X, WOLVERINE ORIGINS and even DAREDEVIL.

Recently, Omega Red showed up in the pages of UNCANNY X-FORCE as part of the Omega Clan as part of the epic Final Execution storyline which ran from #25 through the last issue, #35. After his death in WOLVERINE ORIGINS #39, a group called The White Sky cloned Red, creating three copies with different abilities dubbed The Omega Clan. They also turned out to be a part of Daken’s Brotherhood, which became a huge target for X-Force. As you can imagine, that means that an incredibly violent confrontation ensued without everyone walking away fully intact. 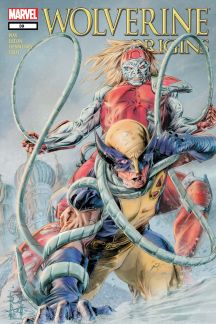