See Tandy and Tyrone come to life on the small screen with 'Marvel's Cloak & Dagger' on Freeform!

For long time Marvel fans of Cloak and Dagger, you’ll finally get to see these young teens in action when the brand-new, original “Marvel’s Cloak & Dagger” series premieres on Freeform this Thursday, June 7!

While the coming-of-age series will be based in New Orleans, the comics are based in MU’s New York, but their strong relationship is unchanged. Their synergetic bond is based in Cloak’s ability to summon and enter the Darkforce Dimension which is counteracted by Dagger’s psionic light. If you’re not familiar with Tandy Bowen and Tyrone Johnson, not to worry, we have a few comics that will get you familiar with the duo that are Light and Darkness incarnate.

Get to know Cloak and Dagger with these must-read comics! 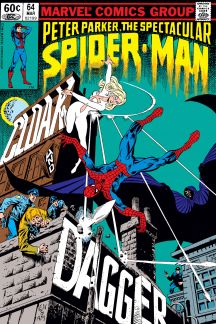 The first appearance of Tandy and Ty had them tangling with the infamous webslinger as the duo look for those who experimented on them. We even see Spider-Man become a victim of Tandy’s light daggers. This is a great first look at the duo and a classic book for Spidey fans. 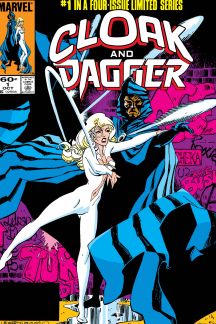 After a successful run-in with Spider-Man, Cloak and Dagger were given their own four-issue limited series. This book was unique because it didn’t focus on costumed heroes and villains, but instead on the pair’s crusade against drug dealers.

Cloak and Dagger paired up with Doctor Strange for STRANGE TALES! This series was significant because the duo finally got a nemesis—Mister Jip, an evil mystic tied to the Kamar Taj, who kicks off conflict by deceiving Cloak.

The first issue of THE MUTANT MISADVENTURES OF CLOAK AND DAGGER series has Dagger blind; writer Terry Austin, with help from the American Foundation for the Blind, was able to show an accurate impact of the impairment not only on how it affected heroics but for blind people’s everyday lives. 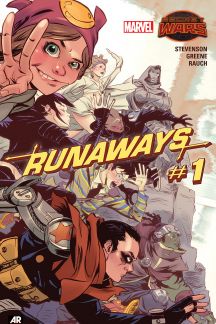 This revival of Brian K. Vaughan’s RUNAWAYS series features millennials on the run, and here you’ll find none other than our very own Tandy and Tyrone joined by familiar faces including a young Bucky Barnes, Jubilee, and more.

Get instant access to all these and more digitally! Join Marvel Unlimited Today.