Chaos envelops the hordes of Hydra!

With its originator dead and its ranks a pale shadow of their former self after many defeats, Hydra’s resurgence after the first great era of the Heroic Age came about due to the machinations of one of Baron Strucker’s enemies: The Red Skull.

The Skull reasoned that a newly resuscitated S.H.I.E.L.D. called for a nascent Hydra to combat its spread and so scientists worked feverishly and even at the cost of their own lives to bring Strucker back from beyond and place him at the helm of the organization. Even with the Baron returned and renewed in his faith, Hydra suffered under a kind of civil war among its various factions, weakening it and keeping it from achieving its past heights of infamy.

At this time a powerful mutant known as The Gorgon appeared on the scene to rule Hydra with Strucker’s wife Elspeth, and together they not only made a pact with the criminal cabal called the Hand, but also created a clone of the Baron who appeared to be executed for his crimes. In reality, Strucker lay in stasis until gaining his freedom and agreeing to an alliance with Baron Zemo, the son of another of his own World War II-era rivals. 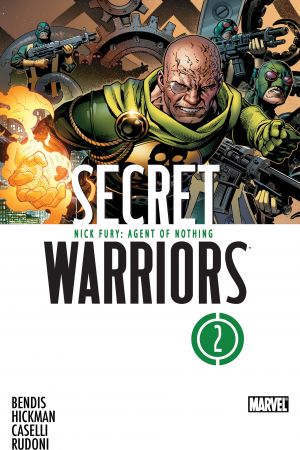 During the so-called Civil War among Earth’s super heroes, Hydra raided a S.H.I.E.L.D. helicarrier to sweep Spider-Woman, once an operative of the organization, back into their ranks to potentially lead the organization. Ultimately, the Avenger remained true to S.H.I.E.L.D. and brought Hydra’s house down around its collective ears.

Strucker himself battled the alien shape-shifting Skrulls during their widespread attempted takeover of the planet and blocked them from also conquering Hydra for their use on Earth. Following the Skrulls’ overall defeat by the planet’s champions, a congressman named Woodward rose up to seize control of a faction of Hydra and directed a young hero codenamed Hardball to infiltrate the newly formed Initiative, made up of aspiring heroes and seasoned pros. Hardball turned on Woodward and killed him to wrest the leadership of the Hydra cell for his own designs, but failed to hold onto it for long.

With Hydra once again in turmoil and fractured, its ultimate secret lay exposed for one of its most dangerous detractors to find and investigate…