How Alex Wilder Betrayed the Runaways

Mark this week's Runaway's #17 with a look back at Alex's renegade past!

One of the greatest traitors in Marvel history reappeared in the pages of RUNAWAYS recently, and in this week's RUNAWAYS #17 by Rainbow Rowell and Kris Anka, Alex Wilder takes the next major step on his long and unpredictable journey alongside the team.

And while the group struggles to figure out exactly where their one-time friend and leader stands at this point in time, we're taking a look back at why they have such trouble trusting him in the first place!

When readers cracked open RUNAWAYS #1 by Brian K. Vaughan and Adrian Alphona back in 2003, the very first character they encountered was the Alex Wilder, who argued with his parents like most kids.

That evening, Wilder's mom and dad hosted a party for their friends, which meant that Alex found himself sharing his game room with Nico Minoru, Chase Stein, Molly Hayes, Karolina Dean, and Gertrude Yorkes. Bored, the kids eagerly jumped at the opportunity to check out the secret passage Alex had found. Things took a dark turn when they saw their parents sacrifice a young girl while dressed as Super Villains!

The kids made a break for it, stole a variety of weapons and objects from their various houses, and became a super team in their own right. Alex proved a capable leader and strategist even managing to decode their parents' guidebook, which described them as the Pride—a group of criminals working for godlike beings called the Gibborim who would grant six of them a place in a heavenly place after they got 25 years to run the world before the higher beings destroyed it completely.

Together, the Runaways did alright on their own—avoiding their parents, fending for themselves, dealing with a young-looking vampire, and mixing it up with Cloak and Dagger. After that, as the first volume of RUNAWAYS came to an end, the kids decided to end their parents' threat by invading their underwater lair!

While there, Alex displayed his true allegiance by betraying his teammates and explaining that he'd known about the Pride for a full year before letting the others in on the secret. He didn't see his parents as monsters, but instead as heroes who had decided, along with the others, to give their places in paradise to their children. He'd orchestrated all of these events to save his parents from other members of the Pride who intended to betray the rest and take the spots for themselves and their own children. 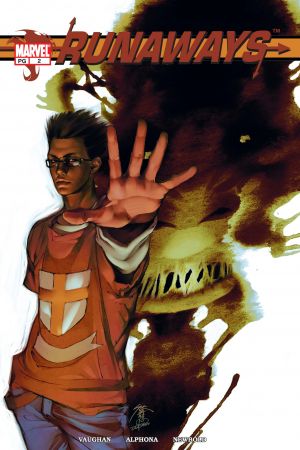 After Molly destroyed the soul offering and the Gibborim made their appearance, they had no intention of listening to Alex's posturing. With the wave of a hand, he became engulfed in fire. The others ran off and continued their adventures in various subsequent RUNAWAYS volumes.

But that wasn't the end of Alex's story... At the very end of BKV and Alphona's run, after the kids defeated the Gibborim, they wound up in a white void also populated by none other than their former teammate!

He would return to mess with Nico Minoru's mind during the AVENGERS UNDERCOVER series which found the survivors of AVENGERS ARENA pretending to be baddies in the Super Villain country of Bagalia. While there, Nico trained with Daimon Hellstrom as well as his recently resurrected minion, Alex! When that series ended, Alex told her that he was bound to Hellstrom and rode off with the Masters of Evil. 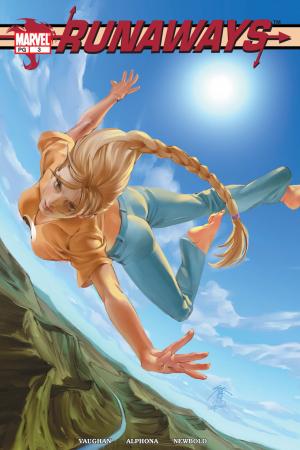 Wilder popped up again in the pages of POWER MAN AND IRON FIST throughout the second half of the 2016-2017 series. In that book, Alex set up shop in Harlem, attempting to restart the Pride by using mystical software to wipe out villains' police records and even spreading a demon drug called Redemption. The Heroes For Hire didn't stand for that though, and put a stop to Wilder's schemes, exorcising his own demon, but leaving him relatively unharmed, leading to his appearances in the current RUNWAYS series!

Read these stories on Marvel Unlimited, then visit your local comic shop to read RUNAWAYS #17!

In this article: Runaways, Alex Wilder