Celebrate the Fantastic Four #5 wedding of Ben and Alicia with a look back at the bride's early days!

One of the most fascinating and important characters in the Marvel Universe got married in this week's FANTASTIC FOUR #5 by Dan Slott and a stable of wildly talented artists. Here's hoping that Alicia Masters enjoys her wedded bliss with Ben Grimm, otherwise known as the Thing!

Masters has actually been working her way through the Marvel Universe since the earliest days, debuting in 1962's FANTASTIC FOUR #8 by Stan Lee and Jack Kirby. Alicia found herself in the company of the Thing for the first time when her father, the villain known as the Puppet Master, summoned Blue Eyes to their home. The encounter got off to a rocky start when Sue Storm was captured by the baddie.

Upping the creepy factor, Puppet Master turned Alicia into a nearly identical copy of Ms. Storm. Even from that first meeting, Masters could see below the rocky surface of the Thing, saying, "This man—his face feels strong and powerful! And yet, I can sense a gentleness to him—there is something tragic—something sensitive!" 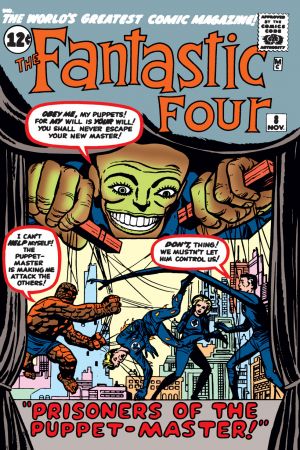 The Fantastic Four managed to stop Puppet Master's initial evil scheme, but Alicia stopped him from taking of the planet by destroying the "Ruler of All The World" puppet he'd made of himself!

From that dazzling debut, Alicia became a huge part of the Fantastic Four's lives as her relationship with Ben Grimm began to develop. Their relationship helped Ben become more comfortable in his rock form, putting aside some of his desire to return to his human form, as specifically stated in FANTASTIC FOUR #25.

Before that issue's classic fight between the Hulk and the Thing, Ben swatted a potential cure out of Reed's hand stating, "Alicia loves me this way…how do I know how she'll feel about me if I becomes just plain Ben Grimm?" Though Richards tried telling his friend that she clearly loved him for him, Ben opted out. 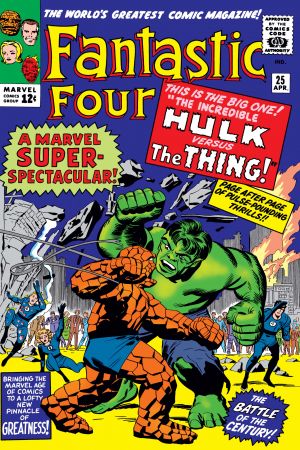 Alicia then helped save the world during the "Coming of Galactus" story in FANTASTIC FOUR #48-#50. In the first issue, the Thing clobbered Silver Surfer, who woke up on the roof of Alicia Masters' place. He then fell through and she took care of him; she sensed not just his intense loneliness, but also the potential for throwing off the world eater's dark plans.

Her words hit home for the Sentinel of the Spaceways who did, in fact, work against Galactus and drove the Devourer of Worlds away to another meal and another herald.

Grimm's lack of self esteem would play a large part in their on-again, off-again relationship, which came to a stern halt around SECRET WARS when he decided to stick around Battleworld. Back on Earth, Alicia started dating Johnny Storm and the two actually married in FANTASTIC FOUR #300. 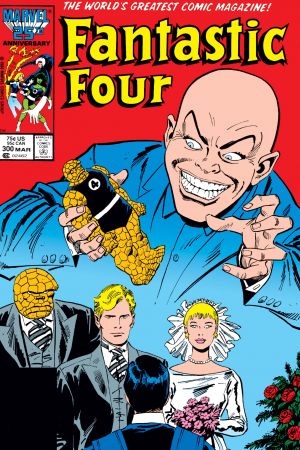 However, the entire relationship turned out to be false, because a Skrull named Lyja had actually taken Masters' place way back in issue #265...though the truth didn't come out until issue #357!

Things had gotten understandably weird between Alicia and the other members of the Fantastic Four, so she eventually decided to leave Earth altogether and become Silver Surfer's traveling companion as seen in the last issues of the character's series spanning the '80s and '90s.

Clearly, both Alicia and Ben have been through more than their fair share of ups and downs, but they recently came back together after he'd spent another stint in space. Now, in FANTASTIC FOUR #5, they've reached another landmark in their long and loving relationship.

In this article: Alicia Masters, The Thing (Benjamin Grimm)