How Thor Became a King

Look back at the God of Thunder's past.

In 2012's THOR: GOD OF THUNDER #1 readers met a one-eyed, one-armed Odinson alone in the Great Hall of Asgard. Referring to himself as the last god, King Thor was enmeshed in an endless fight against Gorr the God Butcher's Black Berserkers.

As that series began, readers learned that Gorr had encountered each Thor at a different time. 900 years before we met King Thor, the Butcher unleashed his creatures on Asgard and they succeeded in either killing or kidnapping everyone they encountered—except Thor, thanks in part to his possession of the Thor-Power, previously known as the Odin-Power.

In the future, the Black Berserkers overtook King Thor, but did not kill him. And just when it seemed like they might, the Thor the Avenger appeared, looking for Gorr. The aged one told his younger self that Gorr's beasts had been attacking for nine centuries. 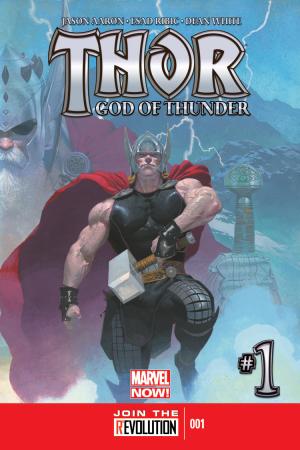 Reinvigorated and newly hopeful upon seeing his younger self, the King set sail for Gorr's planet in the cosmic longship known as Skithblathnir! Meanwhile, Gorr had brought Young Thor to his planet and put him to work building the Godbomb, which would kill every deity across time. There, he met a trio of Asgardian women named Frigg, Ellisiv, and Atli Wodendottir...who turned out to be his granddaughters!

As King Thor and Current Thor got closer, Young Thor attempted to blow up the Godbomb and wound up getting blasted to Skithblathnir! The trio of Thors then readied for battle and sailed right for Gorr who met them eagerly. When King Thor finally got to unleash his rage on the God Killer, the villain wound up embedded in a nearby moon.

King Thor held off a giant space serpent while Current Thor attacked Gorr head-on. The trio eventually met back up and battled Gorr in the sun, but the villain won! Defeated, King Thor was nailed to a comet and sent hurtling through space. He returned, tossed his Mjolnir to his current self and attacked Gorr with all his might. 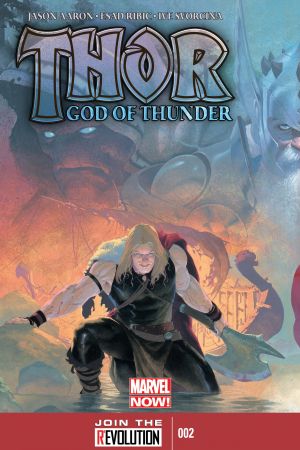 Thor the Avenger succeeded as he stripped Gorr's main weapon—called All-Black, the Necrosword—from him, though he briefly perished. After Young Thor chopped Gorr's head off, King Thor gathered the survivors and tossed the entire planet into a black hole along with the Necrosword. He then brought Current Thor back to life and gave all the surviving gods a home on Asgard.

With his kingdom bubbling with life once again, King Thor had the Rainbow Bridge repaired so he could return to his beloved Midgard. It had been ravaged, but he still made a habit of visiting. During one such trip, his granddaughters advised him to give up on Midgard. Just then, Galactus landed. The old man sent his brethren back home and tried reasoning with the world eater. But it did nothing.

The two old foes battled one another over Earth. Thor's granddaughters returned and got in on the action after the Devourer of Worlds had knocked the King across the cosmos, though he found himself near the black hole he'd thrown Gorr's world into. He plunged himself inside and came out with the Necrosword. Returning to Midgard, he used the weapon to chase Galactus off. 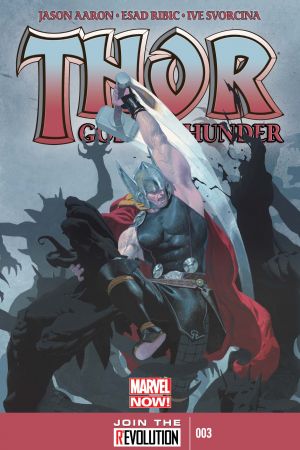 With the battle won, Thor was shocked to see that his very blood brought life back to the nearly-destroyed planet. Thor and the Wodendottirs began reshaping the world, carving out rivers named after Thor's old friends.

At the end of THOR: GOD OF THUNDER, Galactus discovered something on Mars left there by Roxxon that turned him into the Butcher of Worlds.

In this article: Thor (Thor Odinson), Gorr the God Butcher