Is This the Most Powerful Weapon in the Marvel Universe?

Get to know the Starbrand before it returns in next month's 'Avengers' #27!

The Starbrand might just be the most powerful weapon in the Marvel Universe, but it didn't originate there!

Before the cosmic might of this branding returns in November 27's AVENGERS #27...

...we thought it was the right time to take a look back at how this unique power came to be.

In the mid-1980s, Jim Shooter, Archie Goodwin, Mark Gruenwald, and a group of other creators came together to build a new imprint that would allow for a fresh start and a more grounded form of Marvel storytelling, resulting in the formation of the New Universe. By 1989, the experiment would be shuttered, but some of its more unique elements have made their way to the Marvel Universe, like the Starbrand!

Shooter wrote the first seven issues of STAR BRAND (1986), accompanied by artists like John Romita Jr., Al Williamson, Alex Saviuk, and others. After a trio of fill-ins from issues #8-10, John Byrne became the driving force as writer and artist until the series wrapped with mag #19.

The Brand granted the New Universe Earth with powers when its wielder, only known as "the Old Man," tried placing it on an asteroid to get rid of it. Instead, it caused an explosion known as the White Event that infused the planet with a unique energy. The series mostly revolved around Ken Connell, a mechanic from Pittsburgh who bore the Starbrand in modern times. This marking gave him powers beyond imagination, but it could be difficult to control, eventually leading to the destruction of his city.

The New Universe and the Starbrand remained dormant for a while—until Gruenwald sent Wendell Vaughn there in the pages of QUASAR (1989)! To get back to his home reality, he became the bearer of the Brand and thought he used up all its energy on the return trip. However, it secretly remained under his Quantum Bands and he unknowingly passed a portion of it on to his secretary Kayla Ballantine, who would give it to the Stranger in an effort to keep it out of Skeletron's hands. 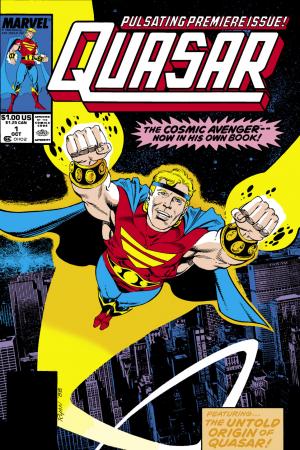 As seen in the 1994 STARBLAST limited series, the Stranger transported the New Universe Earth near his lab, but the Living Tribunal eventually deemed the Star Brand too powerful, so it created an apparently impenetrable barrier between it and the rest of the cosmos.

Over a decade later, Warren Ellis wrote a series called NEWUNIVERSAL (2006) that took all of the classic New Universe elements and put a new spin on them. Once again, the Starbrand was central to the powers in this alternate reality as it was created by an alien race to help worlds survive a process wherein regular people gain amazing powers.

With the AVENGERS series launched by Jonathan Hickman and company in 2012, a new Starbrand made its debut in the Marvel Universe proper. In AVENGERS (2012) #7-8, Nightmask (another character originally introduced in the New Universe) explained the coming of the White Event. 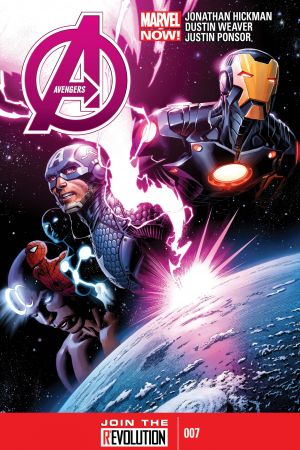 "A White Event occurs when a world is on the verge of ascending on a universal scale. A White Event creates/alters heralds to shepherd this ascension," Nightmask explained. The Starbrand was another herald, usually one very carefully selected given the huge amounts of power involved, but since the system was broken, it went to a generally ignored college kid named Kevin Connor. Upon receiving the Brand, though, Connor exploded with power, taking out his college campus and all those populating it in the blast.

This new Starbrand went on to fight Ex Nihilo, then joined the Avengers to combat the Builders and even Thanos. In 2015, Connor co-starred in STARBRAND AND NIGHTMASK (2015) which ran for six issues and found both characters dealing with incredible cosmic powers and the pressures of college life.

The Brand would go on to make two appearances in 2017's MARVEL LEGACY #1, penned by Jason Aaron. First, readers saw a hulking version in the year 1,000,000 B.C. fighting alongside Odin, Lady Phoenix, Iron Fist, Black Panther, Ghost Rider, and Agamotto. As AVENGERS—also written by Aaron—has carried on, Marvel mavens have learned that this prehistoric Avengers team once dealt with a host of Celestials in such a way that changed the very nature of the planet.

In the following tale, Kevin Connor appeared to Ghost Rider Robbie Reyes, whose car had driven from L.A. to Cape Town, South Africa while he slept. Kevin went on about keeping something buried and about Reyes getting in over his head as he attacked the Rider. Their fight took them across the world, but eventually Ghost Rider used his Penance Stare on Starbrand, which killed him...

Next month, in the pages of AVENGERS #27 by Aaron and Ed McGuinness, we'll find out who wields the Starbrand now and what that will mean for the cosmos going forward!

Pre-order the issue at your local comic shop today, then pick it up on November 27!