The Kirby Spotlights conclude with a classic Fantastic Four tale! 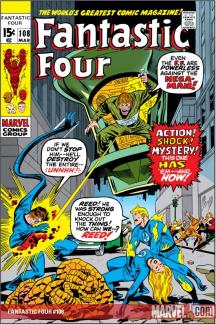 When Reed Richards recalled an old school friend, named Janus, who studied Nega-Power, he joined Sue Storm on a reconnaissance mission. The Invisible Woman and Mr. Fantastic traveled to his old friend’s home, where they discovered that Janus’ scientific experiments went awry, creating an evil Janus that had to be killed.

Instead of ceasing his research entirely, however, Janus decided to travel to the Negative Zone to continue his Nega-Power experiments in isolation. As the team watched him, they wondered what would happen should his evil form return—which, of course, he did. 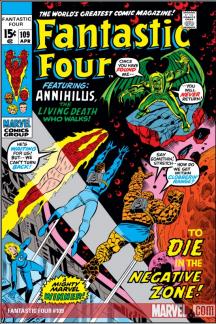 This tale, however, did not appear as originally intended. In 2008, Marvel published a one-shot called FANTASTIC FOUR: THE LOST ADVENTURE, which presented the story as written by Lee and Kirby, this time with some help from Sinnott, Ron Frenz, and colorist Chris Sotoymayor.

As explained in the book’s intro, Lee and Kirby intended for the Janus adventure to take place five issues earlier than it did, in FANTASTIC FOUR #103. Despite their original plan, however, they didn’t complete the issue in time, and Romita and Buscema ended up filling in to complete the issue for #108.

The original story—which Frenz helped finish drawing based on notes made by the original creators—varied from the one first published. Instead of seeing Janus in the Negative Zone, the team saw a statue of Janus, inspiring Mr. Fantastic to recount their adventure with the villain by way of the nearby Neuroscan. Then, after Reed and Sue planted a camera in Janus’ house, the evil Janus appeared and discovered the FF’s spying device. The good Janus, also present, pulled a gun on his evil form, but this time did not kill him—instead, it was revealed that Janus and Janus were twins! 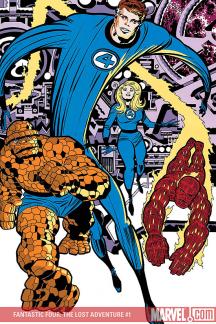 In appreciation for this story—and for every story we’ve covered during the celebration of the King’s centennial—we say thank you, and happy birthday, to Jack.