See the events of Marvel Studios' 'Avengers: Infinity War' from a new angle!

Last week, writer Will Corona Pilgrim and artist Paco Diaz’s AVENGERS: UNTITLED PRELUDE #1 hit comic shops, so we decided to give you a detailed rundown of what you need to know about the first leg of Thanos’ quest to obtain the most powerful objects in the universe. 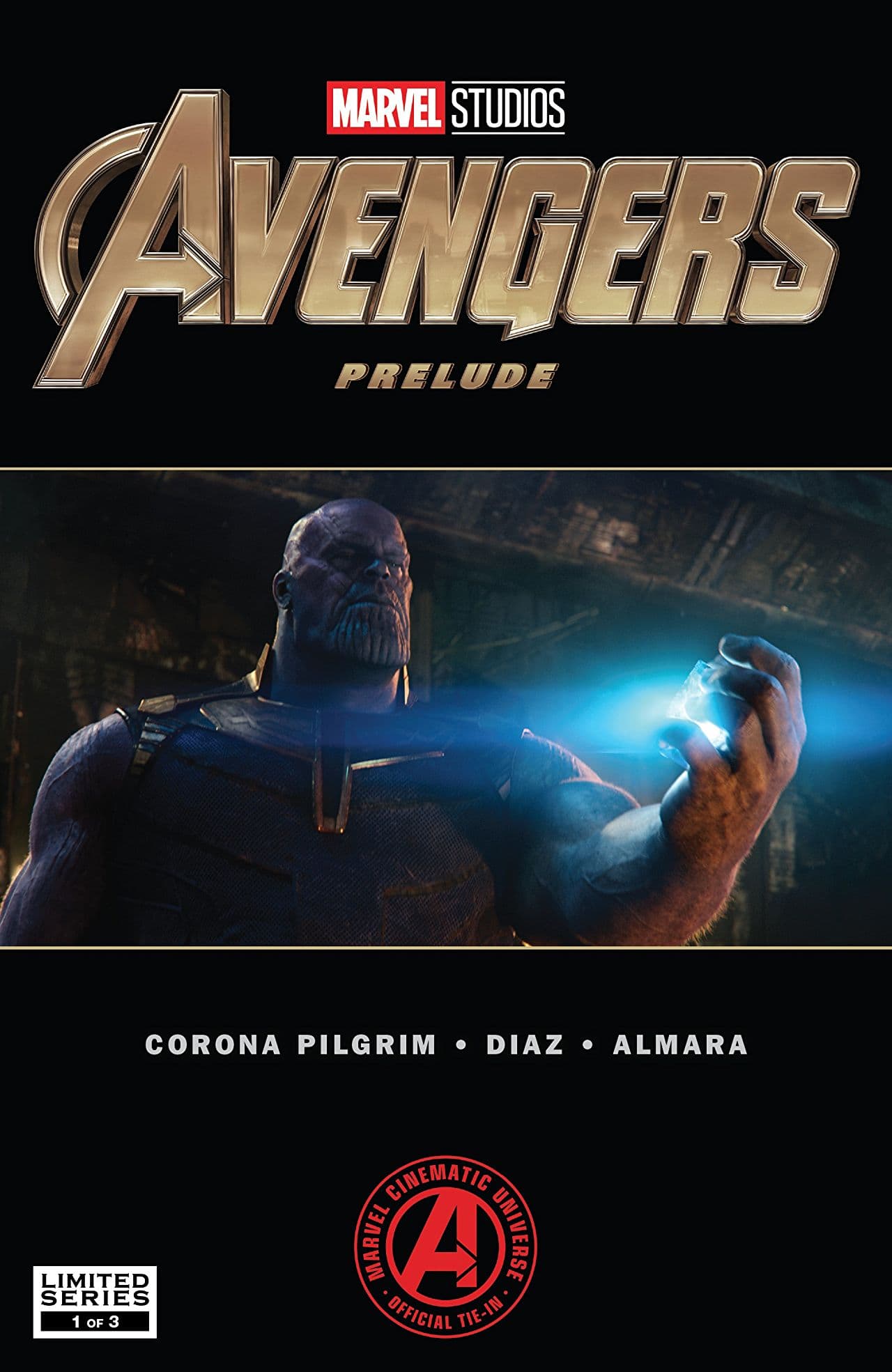 We open on the vessel that escaped Asgard at the end of Marvel Studios' "Thor: Ragnarok", in the wake of the planet’s destruction. Thanos and the Black Order have boarded the ship, in search of the Space Stone (inside the Tesseract) possessed by Loki. Thor tries to deter Thanos by letting the Hulk loose, but it is to no avail; Thanos knocks out the Hulk, who is then transported to Earth by Heimdall. 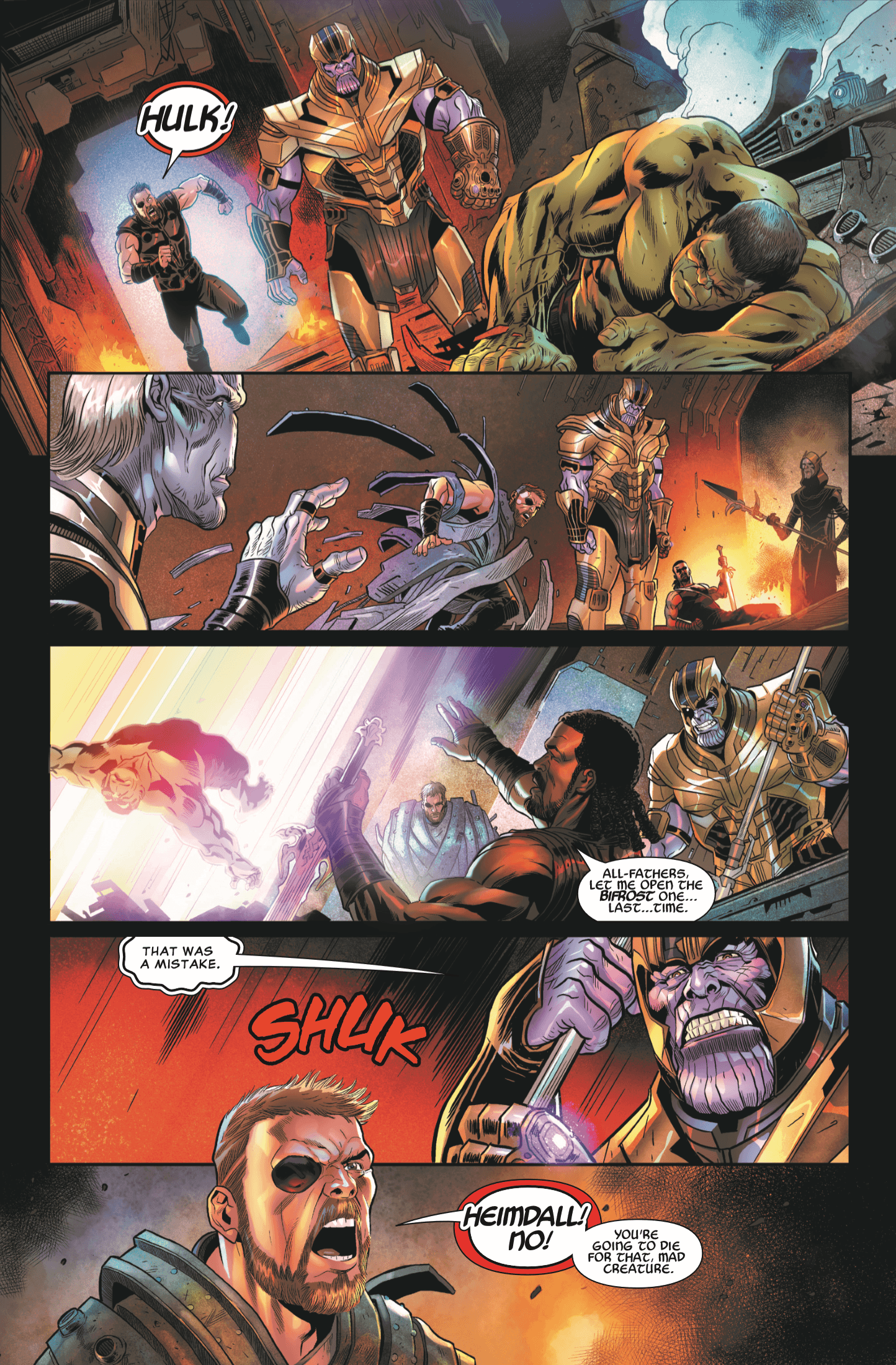 However, the former guardian of the Bifrost pays dearly for this and is murdered by the Mad Titan. Loki gives up the Tesseract and offers his undying loyalty to Thanos before trying to stab him. Thanos sees through his ruse and kills him, too, before sending his “children” to find the two Infinity Stones on Earth.

On Earth, Doctor Strange and Wong are preparing for a delicious deli lunch when the Hulk slams into the New York-based Sanctum Sanctorum. As he transforms back into a man, Bruce Banner warns against the coming of Thanos and advises that they must recruit Tony Stark (Iron Man) at once. Wong then explains the origin and immense power of the six Infinity Stones. 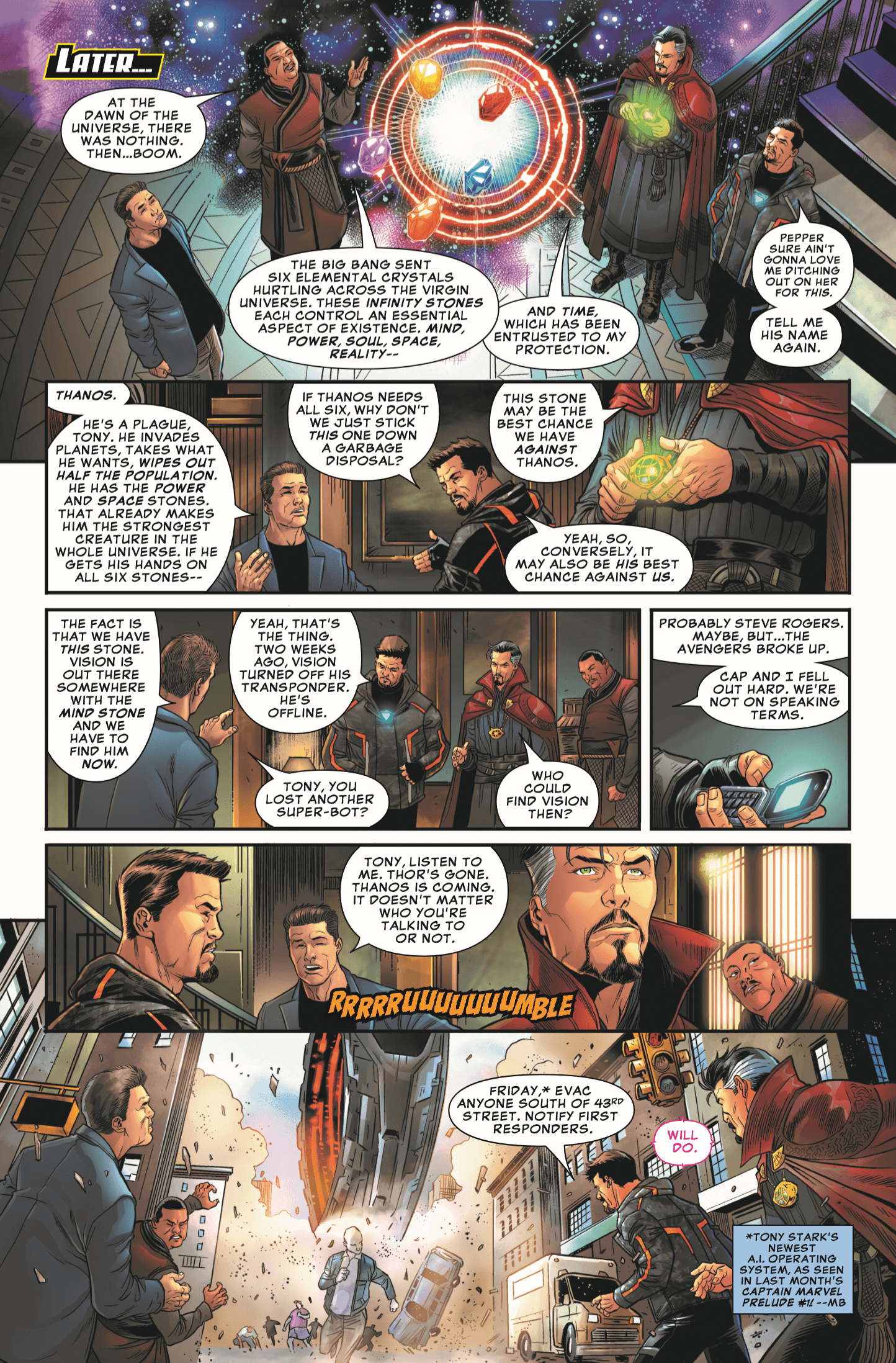 Tony feels strongly that they should destroy the Time Stone (contained within the Eye of Agamotto), but Strange refutes this, believing that it may be their only chance against Thanos. Bruce says they need to find Vision ASAP, but Tony reveals that Vision turned off his homing beacon two weeks back and that the only person capable of finding him could be Steve Rogers (Captain America). However, given all the bad blood there, Tony and Rogers aren’t exactly on speaking terms.

Just then, Ebony Maw and Cull Obsidian show up in New York for the Time Stone. A fight breaks out between the two Black Order members and Iron Man, Doctor Strange, and Wong. Meanwhile, the Hulk refuses to join the fray and Bruce is transported to a place of relative safety. Luckily, Spider-Man shows up to offer support, but in trying to save Strange, is pulled into the airless atmosphere by Maw’s ship. Iron Man deploys the Iron Spider suit that allows Peter to cling to the ship and breathe in outer space. 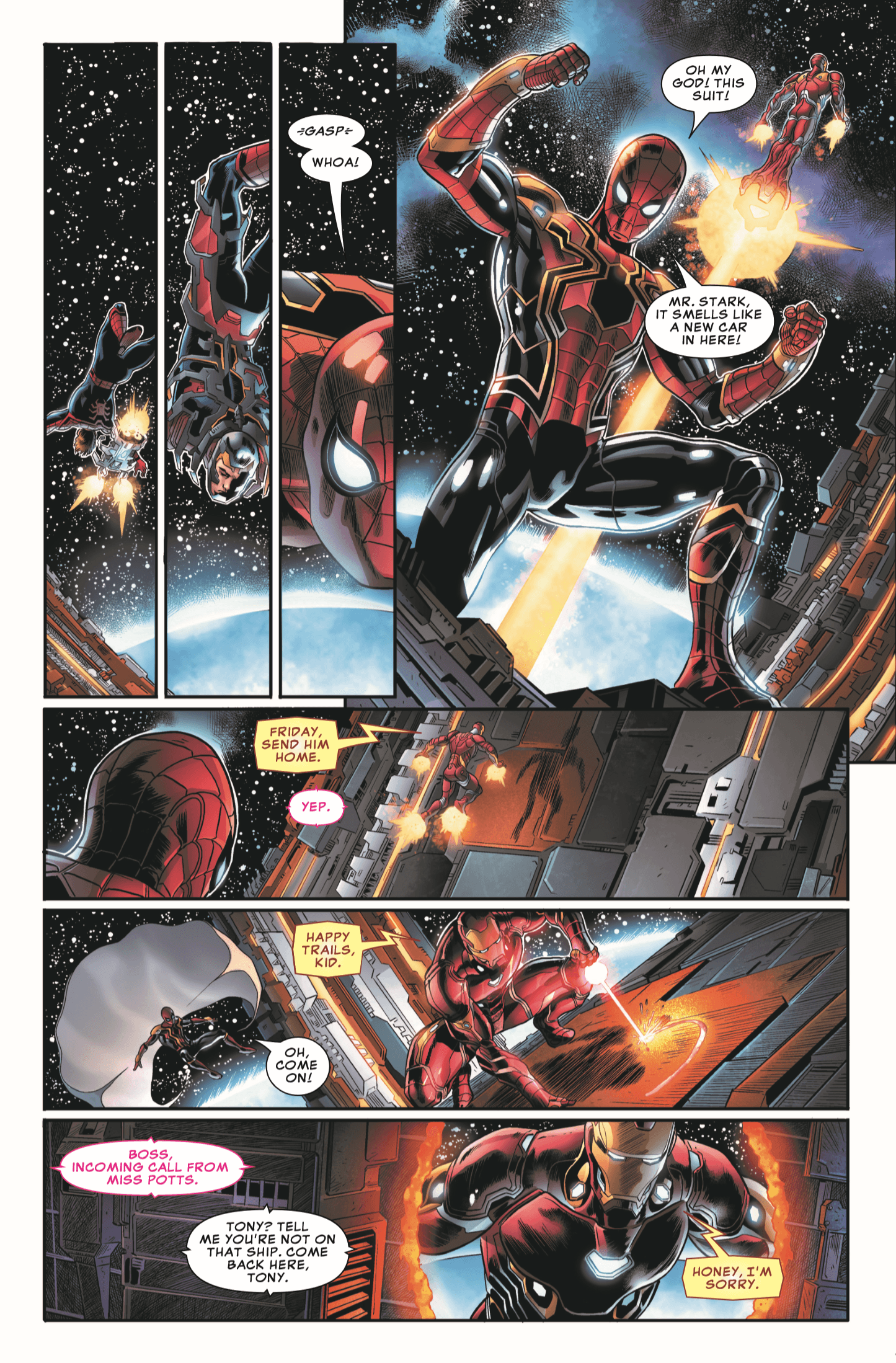 Back in Manhattan, Wong returns to guard the Sanctum, while Bruce places a call to Steven Rogers.

CUT TO: Somewhere in space, where the Guardians of the Galaxy are responding to the Asgardian distress signal in the hopes of a payday. Upon their arrival at a scene of utter decimation, Thor slams into their windshield and is brought aboard. Mantis wakes him up and the God of Thunder tells that that Thanos slaughtered half his people and is headed for Knowhere to get the Reality Stone from the Collector. He sets off to get a Thanos-killing weapon at Nidavellir with Rocket and Groot, while the rest of the Guardians set a course for Knowhere in an effort to stop Thanos from getting the Reality Stone.

On Earth, Scarlet Witch and Vision are enjoying some quality time together when they are attacked by Proxima Midnight and Corvus Glaive. They’re after the Mind Stone and after a battle, it looks like the Black Order couple is going to win... 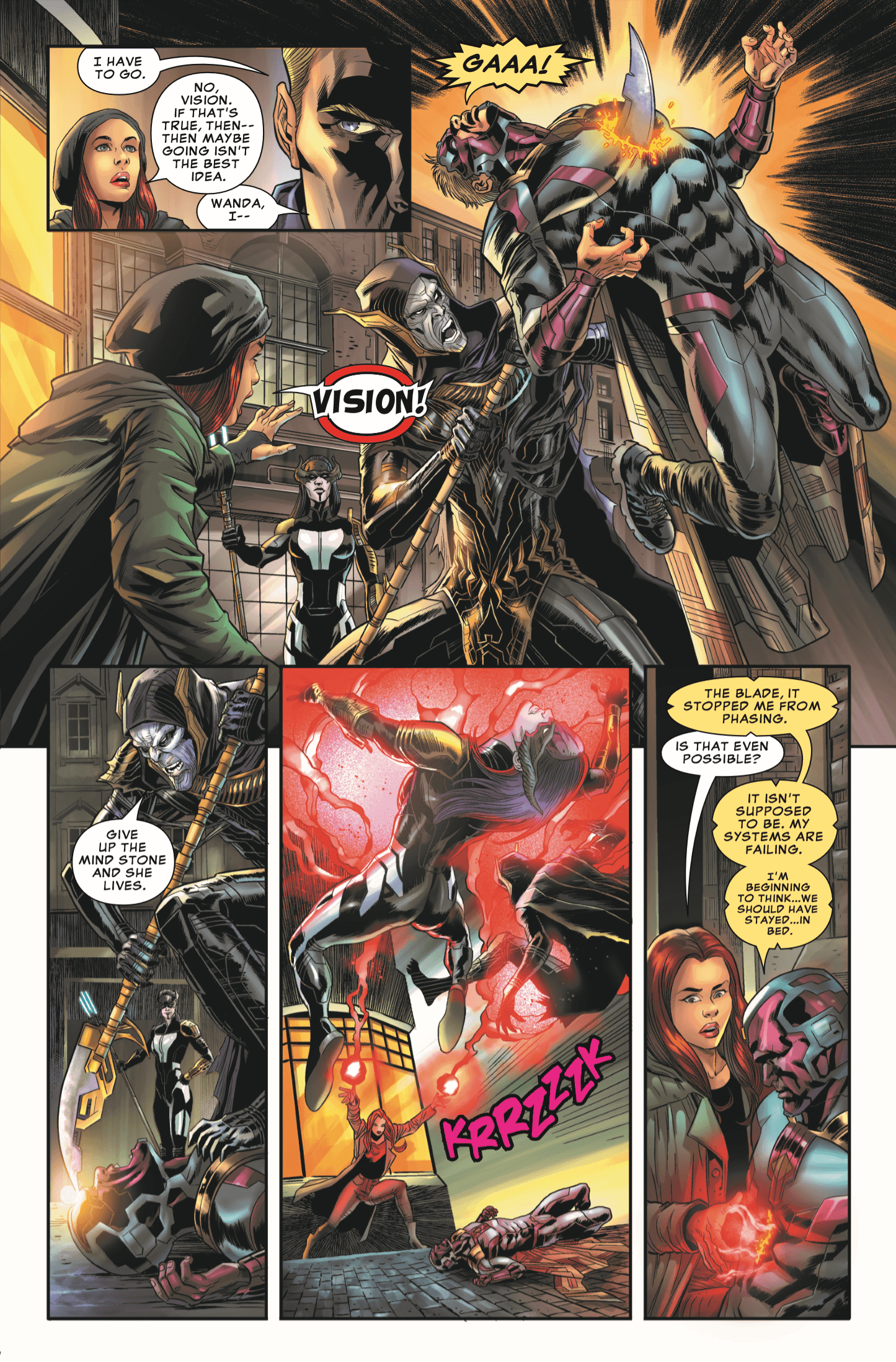 As we all know, that’s when Captain America, Falcon, and Black Widow show up to save the day, but that’s something for the next issue, titled “O, Captain! My Captain!”

Catch the full story for yourself with MARVEL'S AVENGERS: UNTITLED PRELUDE #1—on sale at your local comic shop now!