Author Barry Lyga dives further into Thanos and the Infinity Stones in a companion novel out today!

The world witnessed the full extent of Thanos and his hunger for the Infinity Stones and its power onscreen in this year's Marvel Studios' "Avengers: Infinity War." But who was he before he was consumed by this insatiable quest? Bestselling author Barry Lyga explores the origins of the most feared force in the universe in an original novel, "MARVEL's Avengers: Infinity War: Thanos: Titan Consumed," out today!

Pick up the new YA novel and learn how Thanos became the Titan, why no one sought the limitless power of the stones, who terrifies even the Celestials, and more. The author doesn't need you to sympathize with the Mad Titan, but you can understand him a tad better. 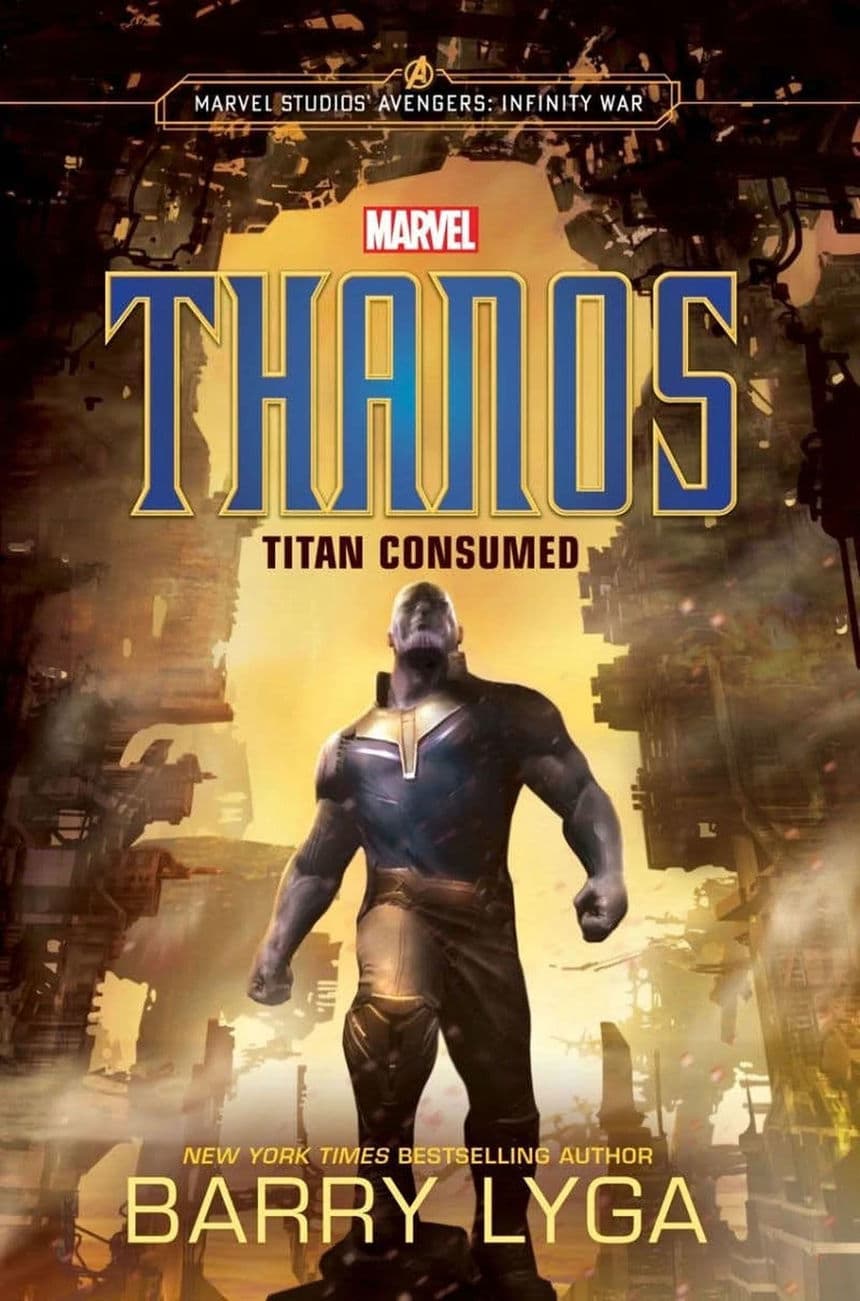 Marvel.com had the opportunity to speak to Barry Lyga about Thanos' dark upbringing and the path he's on, below. And don't miss an excerpt of the novel following the interview!

Marvel.com: This book gives insight into how Thanos became the character some people may only know from seeing onscreen in "Avengers: Infinity War." His dark youth is sad and disturbing, how did you translate that into a story for teens?

Barry Lyga: Well, first of all, I never think of it as “a story for teens.” I know it’s described that way, but I wrote this for anyone who loves the movies and wants to see more. If I start to think about the audience and not the story, then I start second-guessing myself in really counter-productive ways. So I just pretend the audience doesn’t exist and I tell my story.

For the record, I think the book works just as well for adults as for teens! But I approach this the same way I approach anything else, even if I know that teens will be reading it. Teens are no strangers to sad and disturbing. They live it every day. I’ve been doing this for a long time and if there’s a line teens won’t cross with me, I haven’t found it yet!

Marvel.com: So much of this story is about Thanos’ relationships to others—his parents A’Lars and Sui-San, Sintaa, Kebbi—how did you approach those critical relationships when writing this story?

Barry Lyga: If you’ve seen "Infinity War," then you know that all relationships, no matter how important, are ultimately cannon fodder for Thanos. It’s not that he doesn’t care about these people — it’s just that he cares about his mission even more. He’s so riddled with the all-encompassing passion for success that he’s willing to sacrifice anything to get there. It’s really sort of tragic; he spends his life looking for connections — with his father, his mother, his friends — only to realize that he has a higher calling, one that requires he sever those connections when necessary. And it’s ALWAYS necessary.

I originally compared this to Tantalus from Greek myth, where he’s constantly striving for something just out of his reach. But the true tragedy of Thanos is that HE is the one keeping happiness out of his own grasp. No one is compelling him to seek the Stones and cull the universe. He’s put that burden on himself and he suffers the consequences of that decision every moment.

Marvel.com: Thanos’s earlier life—worries, mockery—always comes back to haunt him (case in point when he’s talking to the rulers of Fenilop XI). How did you try continue this running thread through the story?

Barry Lyga: We all try to overcome our pasts, but we never really do. They always linger. Even with the Time Stone, Thanos can’t escape his own past, only relive it. He’s on a grand quest, with a finale that he believes is the most important work in the history of the universe. Yet he still can only perceive the universe through the lens of his own experience. So it’s only natural that that same experience would keep banging on the doors of his conscious mind, oozing up from the morass of his subconscious. When he’s stressed, when he’s baffled, when he’s at an impasse, his own history rears up and reminds him: You’ve been here before and you thought your way out; you can do it again.

Marvel.com: The complexity of his psyche is Thanos’s greatest asset and weakness. What steps did you take to try to make Thanos a sympathetic character?

Barry Lyga: None! I didn’t want him to be sympathetic — just understood. A fine distinction, perhaps, but I maintain an important one. I’ve always said that it’s a big leap to decide, “Half the universe needs to die.” And an even bigger leap to say, “I’m the one to do it!” And then an even more monumental leap to say, “Not only does it need to be done and not only am I the one to do it, but I can and I will!” I wanted readers to understand why Thanos feels this way and what makes him so confident that he can succeed, not necessarily to identify with him. I don’t know how to identify with someone who has such grotesque, infinite ambitions, but I think we can at least understand, even if we can’t agree or sympathize.

Marvel.com: Readers familiar with the MCU know of Nebula and Gamora. Thanos’s girls obviously play an important role in his life. Can you tell me a little bit about how you incorporated their relationship?

Barry Lyga: We know from the movies that Thanos adopted the girls and that they eventually came to hate him and what he stood for. I wanted to show them on the cusp of that revelation, in the early throes of the epiphany, during their very natural teenage rebellion. He’s their father and their protector — a part of them needs and loves him. But their love is beginning to curdle as the truth at the core of Thanos becomes more and more evident. Still, we only see them through his eyes, and he’s a little blinded by his own affection, especially for Gamora.

Marvel.com: Thanos’s mad desire for the stones is obvious throughout the story, but how does this play into what drives him overall?

Barry Lyga: I think once you’ve decided to do the impossible and commit yourself to that, when you find out that there’s a way to actually ACHIEVE the impossible, it consumes you. At one point in the book, Thanos is despondent that he’ll never achieve his goals in his lifetime. He even imagines Gamora and Nebula carrying on for him after his death. But when he learns of the Stones…ah, suddenly it’s all possible! The Stones are the most potent means to a nigh-impossible end. They represent not merely the path to success, but the ONLY path to success. He’s consumed by their existence and — as fans know — will do anything to get them.

Read an excerpt of the new original novel below. “MARVEL's Avengers: Infinity War: Thanos: Titan Consumed” is available now wherever books are sold.