Upon returning from a journey to chronicle new realities alongside Sue Storm and their kids, Reed Richards came back with a beautiful salt-and-pepper beard in Dan Slott and Sara Pichelli's new FANTASTIC FOUR! And though he's mostly known for keeping his face clean-shaven, Mister Fantastic does often sport some scruff, ranging from a five o'clock shadow to the full-on beard he's sporting right now.

Since we're in the magnificent midst of the Fantastic Four: World's Greatest Week—and because Reed will be facing off against an old foe in next week's FANTASTIC FOUR #6—we thought we'd do some chronicling of our own...

Enjoy this look back at some of Reed's best bristles! 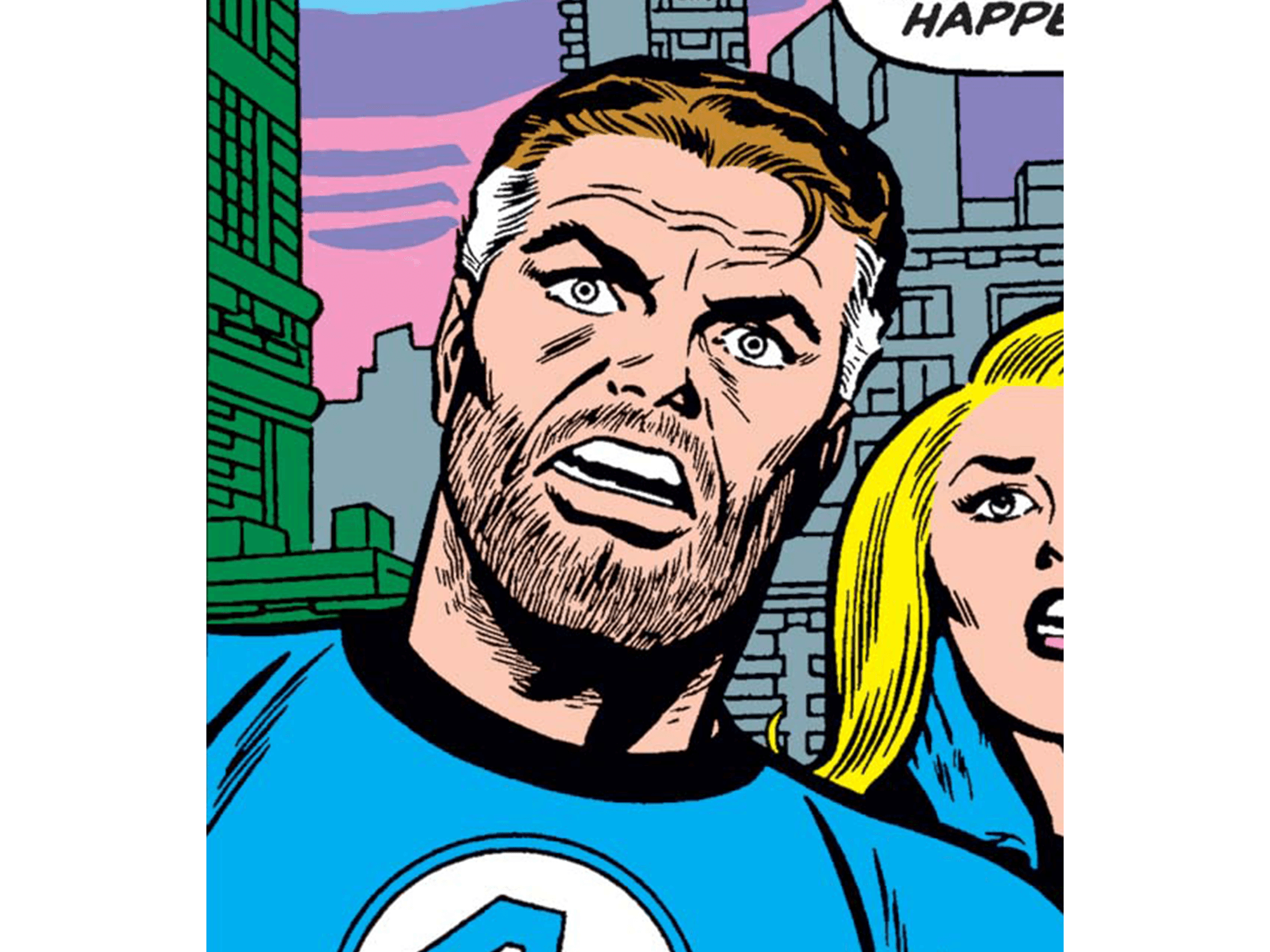 When Galactus made his first attempt at devouring Earth in FANTASTIC FOUR #48-#50 by Stan Lee and Jack Kirby, Mister Fantastic had been hard at work in the lab. Already testy, he found himself first faced with the Watcher and then the gigantic cosmic entity. He did stop halfway through issue #49 to shave off his stubble though! 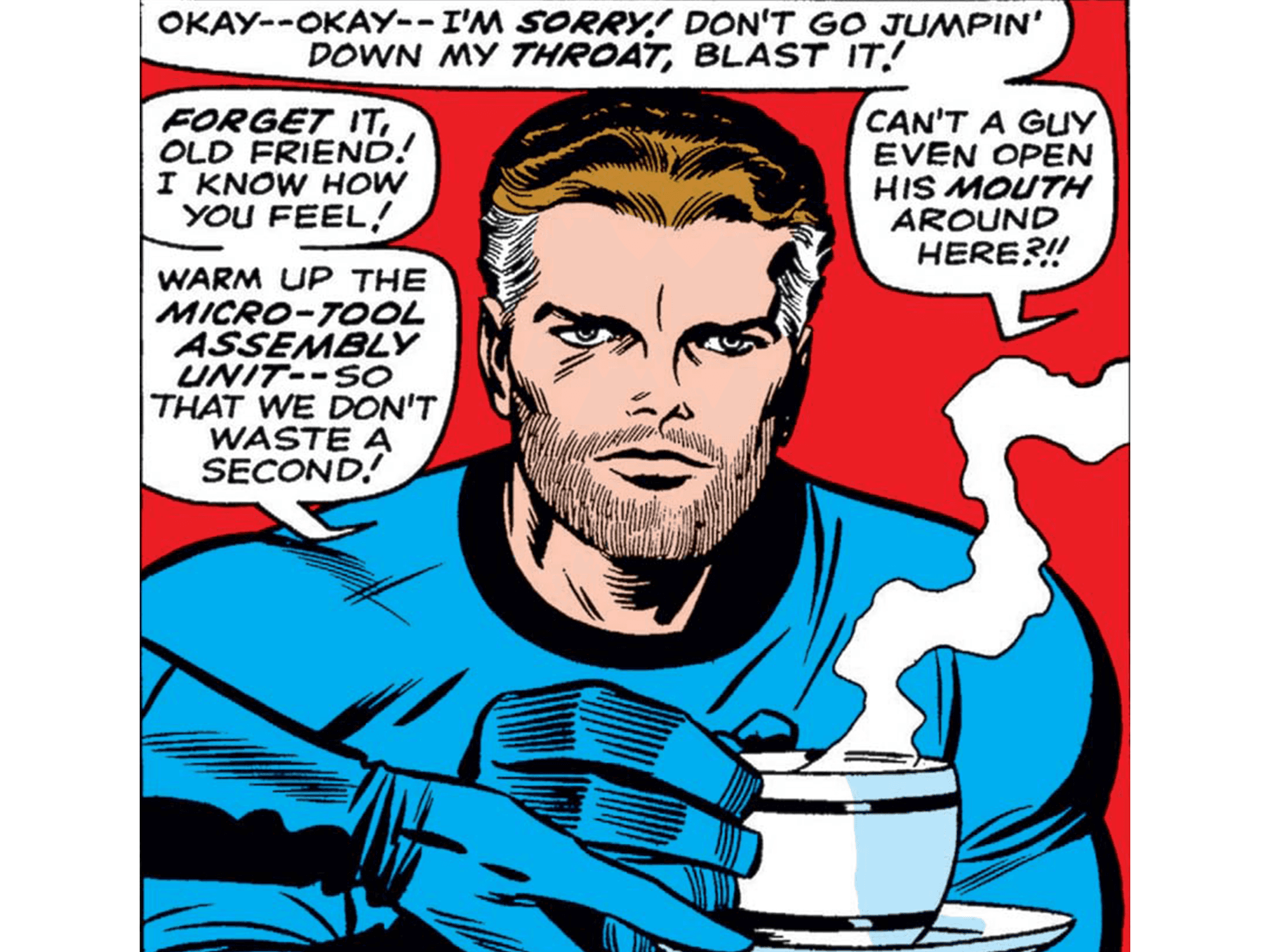 Reed's face fuzzed up again in 1967's FANTASTIC FOUR #67 by Stan and Jack, wherein he became obsessed with finding a way to track the missing Alicia Masters down after she'd disappeared to the Citadel of Science! 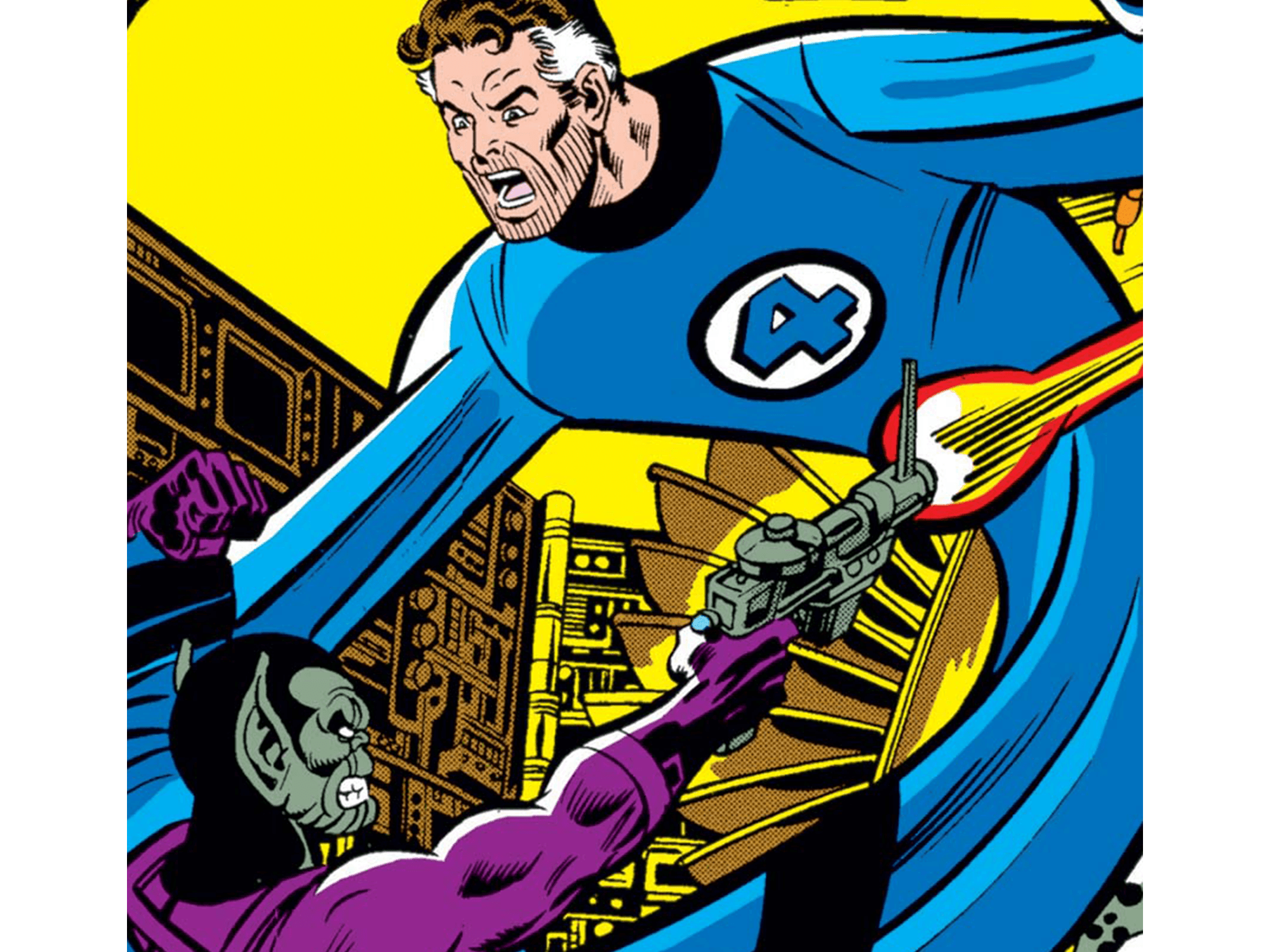 An unshaven Richards took center stage in 1980's FANTASTIC FOUR ANNUAL #15 by Doug Moench and George Perez! Once again distracted in his lab, he wound up sporting scruff during a fight with a Skrull and the ensuing team up with Captain Mar-Vell! 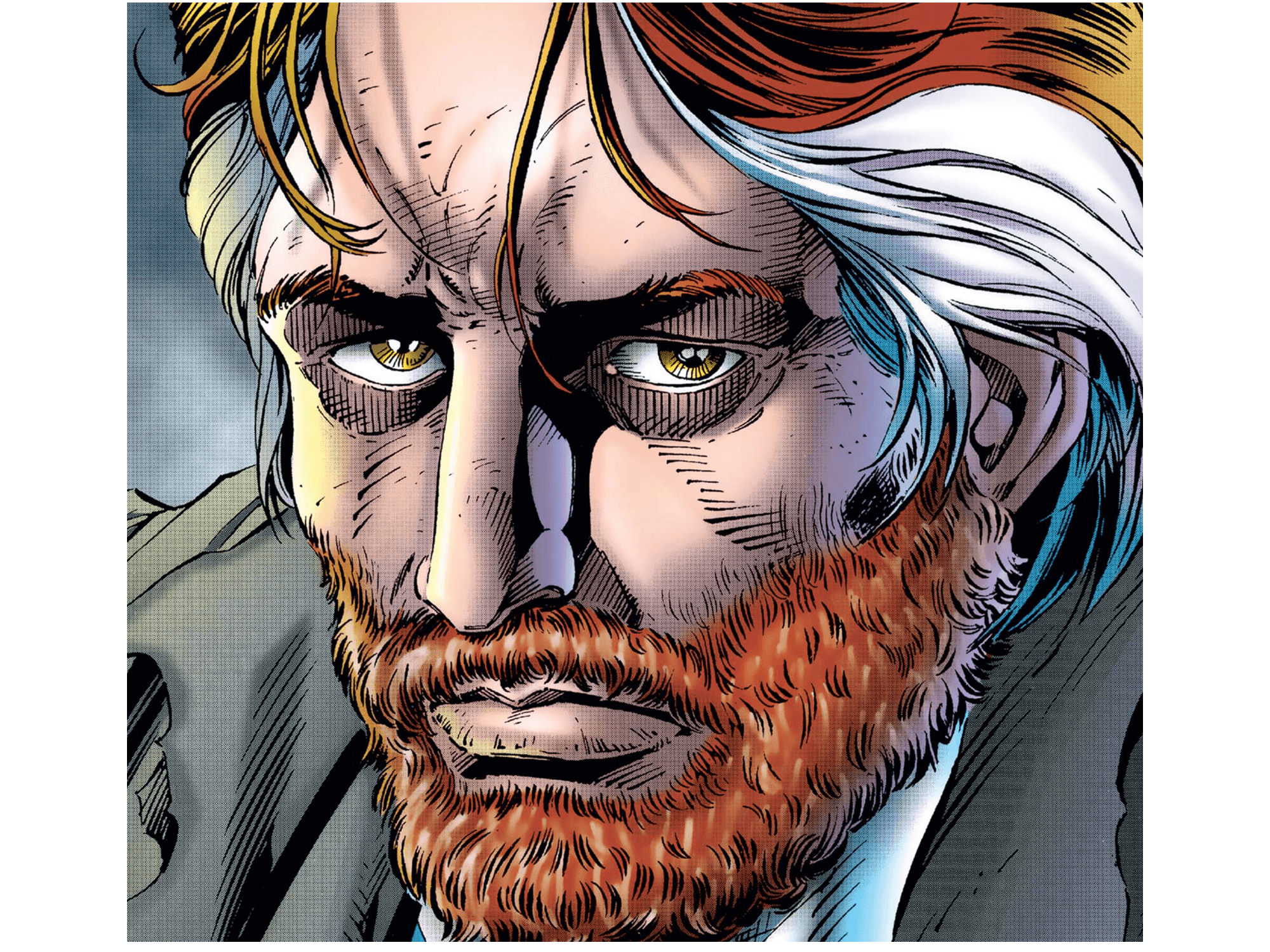 In the '90s, it appeared as though Reed Richards had perished, but had actually been sent back in time. With FANTASTIC FOUR #406-#409, Tom DeFalco and Paul Ryan brought him back, but in rough shape! Driven partially out of his head, said dome also sported long flowing hair and a scruffy beard! 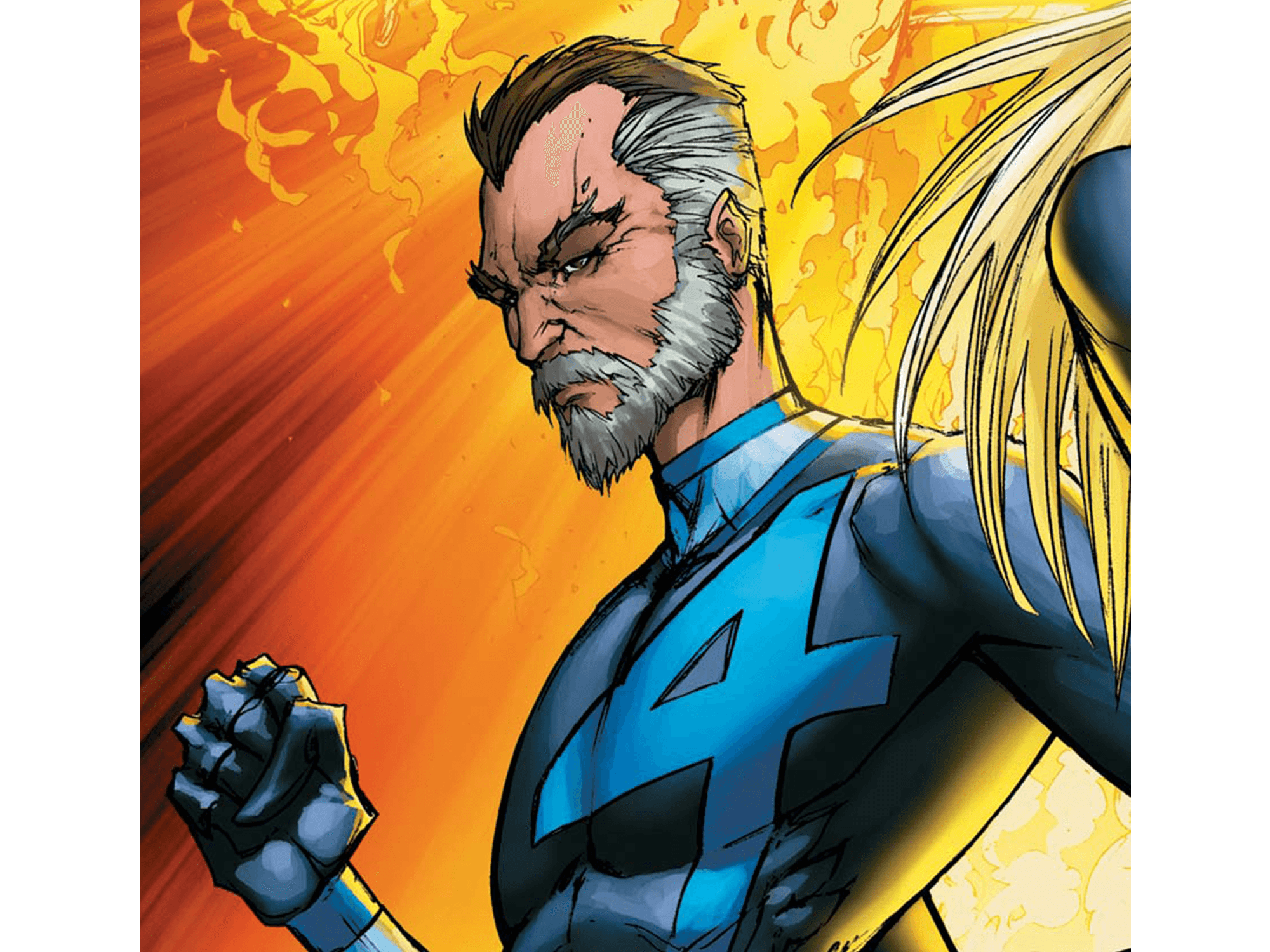 At the end of Dwayne McDuffie and Paul Pellettier's run on FANTASTIC FOUR, a future version of the team appeared to stop Doctor Doom's plans. This future version of Richards leaned in to the beard and came away with a nice, gray layered version that looked delightfully distinguished! 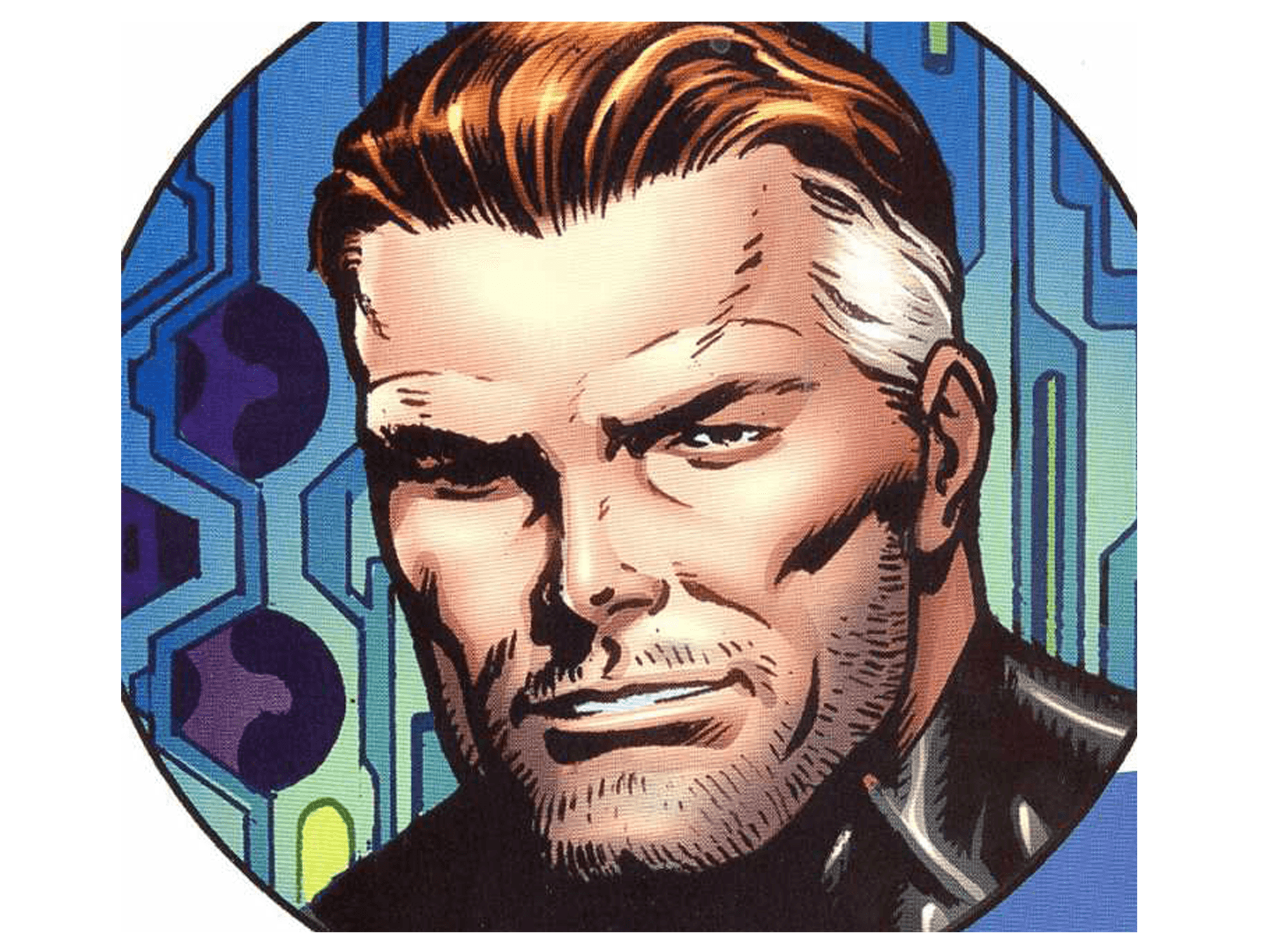 Reed spent a solid chunk of Jonathan Hickman's run on FANTASTIC FOUR sporting a five o'clock shadow thanks to artists like Dale Eaglesham. He also met a variety of alternate-reality Richards' with all manner of facial hair, ranging from mustaches to huge, long beards!

Leading up to the reality-shaking SECRET WARS, Reed spent a lot of time in the lab trying to figure out how to stop the Incursions. All that focus led to a lack of attention when it came to grooming, hence a beard that lasted throughout the event series!

A Return To Form 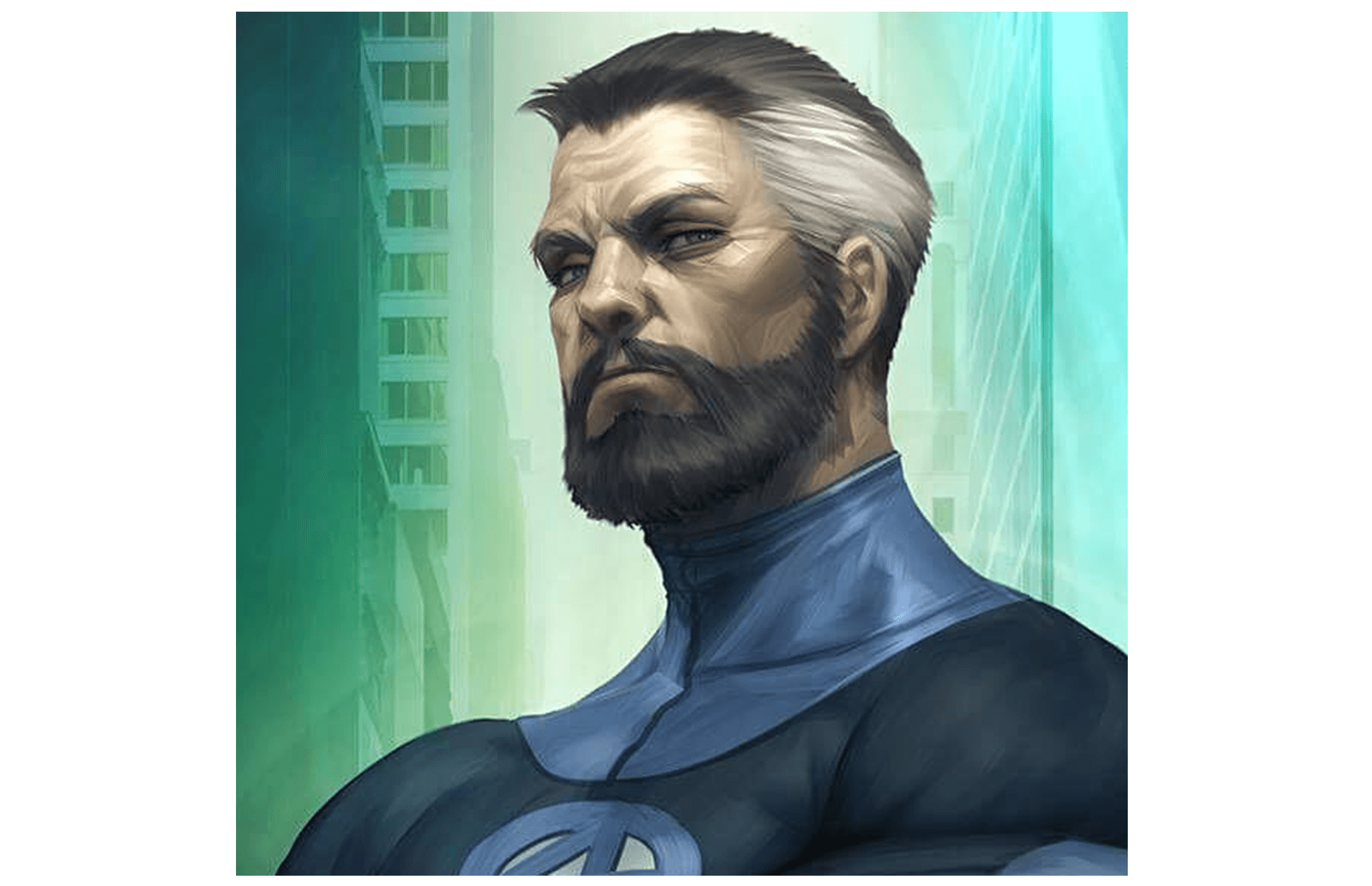 Reed must have liked the facial hair situation because he seems to have kept it up while he, Sue, their children and the other members of the Future Foundation did their best to repopulate the multiverse! When the team recently got back together, he continued very confidently rocking the full beard!

Continue your dive into the Fantastic Four: World's Greatest Week! Then visit your local comic shop next Wednesday to read FANTASTIC FOUR #6!