Cade Skywalker struggles with the Claws of the Dragon in STAR WARS LEGACY by Ostrander and Duursema.

When last we saw Luke Skywalker’s descendant, Cade, he’d communed with his Jedi forebear and decided to make right a wrong against Jedi Hosk Trey’lis who he had sold out in the beginning of STAR WARS: LEGACY. This latest arc, by John Ostrander and Jan Duursema, which ran through STAR WARS: LEGACY #14–19, picked up with Cade making good on that promise as he and R2-D2 landed on Coruscant, his former home.

Using the many tunnels he explored as a kid, Skywalker quickly found himself in his old haunts, looking for information and running into trouble along the way. He quickly made his way into the Sith Temple, which had been directly on top of the old Jedi one and got Hosk, but Darth Talon attacked and Nihl finished him off. 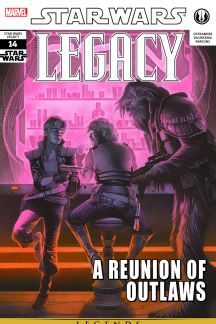 To further push Skywalker towards the Dark Side, Darth Krayt poisoned Cade’s friends Jariah Syn and Deliah Blue with incredibly painful Yuuzhan Vong Coral Seeds. As their bodies turned to spikes, the Sith Lord released Cade and challenged him to save both of them at once. 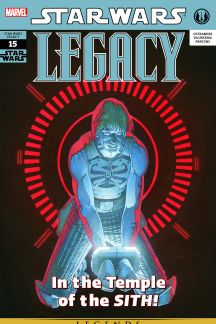 After doing exactly that, Cade made a deal with Krayt that if he let Syn and Deliah go, Skywalker would stick around to hear the Sith out. In that very meeting, Darth Krayt not only revealed that he’d been a Jedi previously, but also his true name: A’Sharad Hett. 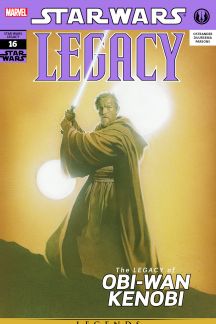 At that same time, the assassin Agent Corde – also known as Cade’s mother – re-entered the picture thanks to the machinations of the Moffs who wanted to get their hands on Skywalker themselves. Meanwhile, Syn and Deliah argued about whether to go after Cade or not. They all came together in a bar, along with the Wookiee Chak and his partner Kee to develop a plan of their own for snagging Skywalker.

After explaining his past, Krayt offered Cade the chance to harness his anger instead of burying it, which he actually agreed to! Before long, Cade began his training with Darth Talon as Krayt watched on, hoping to eventually turn the boy to their side so he could heal the dying Sith Lord and Emperor. 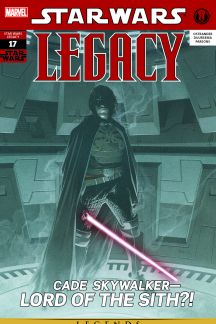 Meanwhile, Cade’s rescuers developed a plan that involved giving some Force neutral Vong Beetles a high-tech upgrade and infiltrating the Sith Temple to release them. They got eyes on him in time to see him making out with Darth Talon. 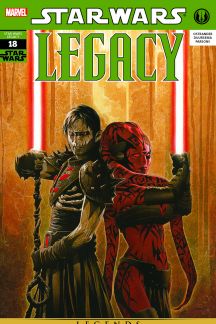 Though it seemed like Cade might give himself over to the Dark Side, instead he rebelled and fought against Krayt and his Lords. As they battled, Corde and her crew flew to the Sith Temple and pulled off a nice series of moves to save Skywalker! With the young man safe, Syn, Blue, Chak and Kee blasted off, leaving Corde on planet to take back up her secret identity as a Moff! 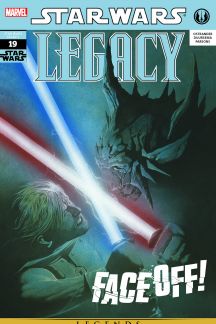 As Krayt explained to Cade, he actually served as a Jedi before the Republic gave way to the Empire. Krayt explained that, as a general in the Clone Wars, he learned secrets about Anakin Skywalker that “had they been known, would have gotten Skywalker cast out of the order.” He kept those a secret and came to regret the decision. After Order 66 wiped out most of the Jedi, the man then known as  A’Sharad Hett traveled back to Tatooine to become a War Leader of many Tusken Raider clans, like his dad who you may remember from the STAR WARS Outlander story.

Eventually, Obi-Wan Kenobi showed up and told him he could do better with his abilities and the two fought. In losing, Hett was shamed out of his clan. Obi-Wan wanted him to meditate on becoming a better Jedi, but instead he became a bounty hunter and eventually discovered the Sith ways thanks to an ancient teacher named Xoxaan, but only fully embraced the dark ways after encountering the Yuuzhan Vong in person. While imprisoned by them, he realized that the Sith needed to become a force of order in the universe and set out his plans to revolutionize the group and eventually become Emperor.