Every week, we comb through the digital archives of Marvel Unlimited to showcase a classic story from a galaxy far, far away. So kick back, pour a glass of blue milk, and remember tales of the Light Side, the Dark, and all the scoundrels in between….

Like a sun setting over the horizon, the transition from light to dark is gradual, slow. This process began for Anakin Skywalker when he was a young man, a slave on Tatooine—and would only conclude following his near-death on Mustafar. There were many steps along the way, key points in his life that could have led him to infinite other destinies. And in the five issue limited series, STAR WARS: OBI-WAN & ANAKIN by Charles Soule and Marco Checchetto, readers witnessed a few of those crucial moments in the young Jedi’s life. 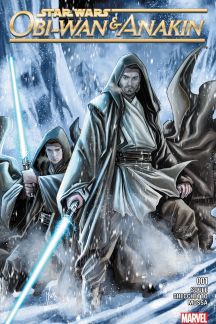 After years of war between the Closed and Open factions, the planet Carnelion IV had been rendered nearly uninhabitable. The humanoid groups made their homes up in mountains while more monstrous dwellers prowled through the remains of once beautiful cities.

In response to the unrest, Anakin and his master Obi-Wan Kenobi traveled to the planet before finding themselves confronted with a trio of survivors, Grecker of the Closed, and Mother Pran and Kolara of the Open. After the Jedi mentioned they’d been called there by a distress signal, the enemies quickly agreed to work together, though when the group came under attack, the Open followers knocked Anakin unconscious and kidnapped him, before blowing up the ship that held Obi-Wan and Grecker still inside. 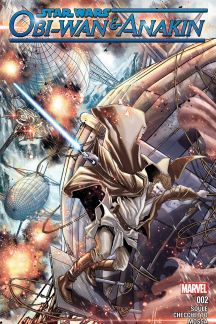 Mother Pran and Kolara took Skywalker back to their home and had him to fix their mech suits so that they could finally gain an upper hand against the Closed. Meanwhile, Kenobi and Grecker traveled through perilous places to finally arrive at the source of the beacon that called the Jedi to the planet in the first place. Soon after, Grecker found himself on the wrong end of a blaster when he tried to feed Kenobi to one of Carnelion IV’s monsters. 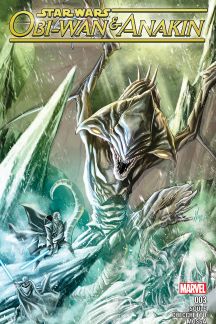 Obi-Wan then met the reclusive Sera, a woman whose life’s work was to save the art and technology of the imploding planet. She collected artifacts and connected them to kites, so that younger generations could see what they were missing by living in a world overrun by war. She sent out the distress call hoping that the Jedi would arrive to end the war and pave a way for the youth to thrive in peace. 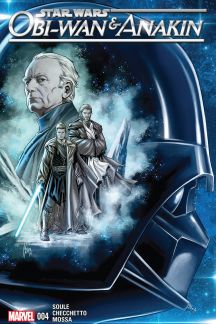 When the Open and the Closed discovered that Sera was the source of the beacon, all members of each faction raced to kill her. When the soldiers departed, Anakin convinced the remaining young people to free him so that he could save the urban legend they knew as the Scavenger—Sera. And with some assistance from a late-arriving contingent of Republic soldiers and Jedi, Obi-Wan and Anakin succeeded in their mission. 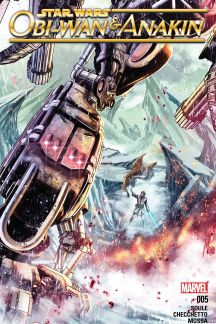 This limited series also contained a series of flashbacks wherein Anakin struggled with whether he wanted to continue training with the Jedi. Chancellor Palpatine, one of the greatest influences in Skywalker’s life, requested the young Jedi’s presence one evening before taking him to the streets of Coruscant, where he manipulated Skywalker into making a supposedly corrupt Senator lose money in a dice game. Palpatine sewed the seeds of dissent in his future protege by presenting the Senate as a system that could not keep its own members in line, let alone the planets it represented.