Each week, Star Wars Spotlight combs through the digital archives of Marvel Unlimited to showcase one classic story from that distant galaxy filled with Jedi, Sith, princesses, scoundrels, and droids.

Prior to the silver screen events of “Star Wars: The Force Awakens,” General Leia Organa gave the Resistance pilots known as Black Squadron a specific and important mission in the pages of POE DAMERON: find Lor San Tekka. And while readers may know what happens at the end of this specific operation, the journey there has proven to be engrossing.

After a blazing start, the second arc of the series, which ran from issues #4–7, began with a celebration on D’Qar after Poe Dameron and Black Squadron made it back alive from a dangerous raid across the galaxy. The team, however, realized that they had trouble in their ranks, as the enemy seemed to know their destinations almost immediately after their arrival. Nonetheless, following Leia’s orders, they proceeded to Megalox, a prison that housed Grakkus the Hutt—a contact of San Tekka.

Thanks to a prison warden’s flexible ethics, the Resistance group bribed their way into the jail, though upon arriving at the cell, found the First Order’s Agent Terex—Poe Dameron’s nemesis—had arrived before they did. In response to the situation, the wily Hutt told each side that he would provide Lor San Tekka’s location to whomever broke him out of Megalox. 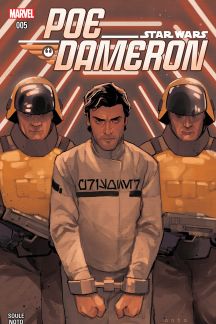 Poe and his crew dispatched their droids to work on the prison controls while Terex began his own scheme to harness the other prisoners’ hatred of the Hutt as a means to start a riot. As the resulting mob began to overtake the prison, BB-8 and a team of astromech droids hacked into the jail’s network before disabling the prison’s Grav-Field Dome. As the Dome shut down, chaos ensued, allowing Black Squadron to abduct Grakkus and leave the planet. Terex, however, managed to summon his own ship and followed. 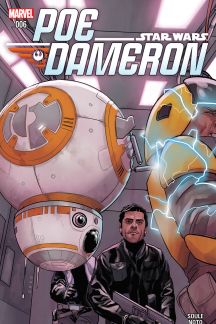 Furious at his rivals’ success, Terex decided to fly his ship directly through the prison’s control satellite. Instead of leaving the people of the prison to suffer the consequences, Poe led Black Squadron into a counterattack on the evil agent’s ship. Damaged from the ensuing fight, the First Order craft retreated and jumped to lightspeed.

If Grakkus the Hutt seemed familiar to readers of the current era of Star Wars comics, that’s because he first appeared in the pages of STAR WARS during the “Showdown on the Smuggler’s Moon” story. Not long after the Battle of Yavin, Luke Skywalker made his way to Grakkus’ domain and found himself in awe of the Hutt’s collection of Jedi artifacts. Grakkus, however, had something else in his midst: an Imperial spy. That fact led to the Hutt’s imprisonment, where readers would later find him.

Next time, we look back at a story set before the prequel films in STAR WARS: QUI-GON & OBI-WAN – THE AURORIENT EXPRESS.