10 Hosts of the Venom Symbiote

Read through a list of characters that have bonded with Venom!

The Klyntar symbiote has fused with an abundance of hosts across the Marvel Universe. And depending on who it bonds with, it has the ability to bring out the worst, most vengeful version of its host.

In honor of the Symbiotic waves hitting the Marvel Universe lately—from the ongoing VENOM series to the five-issue run of VENOM: FIRST HOST—we've compiled a list of characters who have crossed paths with the alien symbiote...

Readers' first introduction to the Symbiote came when it attached itself to Spider-Man, becoming his sleek replacement costume. With this new symbiote upgrade, his suit could hold his items for him, provide him with an unlimited supply of webbing, and transform into civilian clothes with just a command. But there were some side effects… The “suit” controlled his body when he was asleep and not only was it sentient, but it wanted to permanently bond to him. Not exactly fond of that plan, Peter Parker removed the symbiote with sound waves, the ringing of church bells, and the power of rejection. 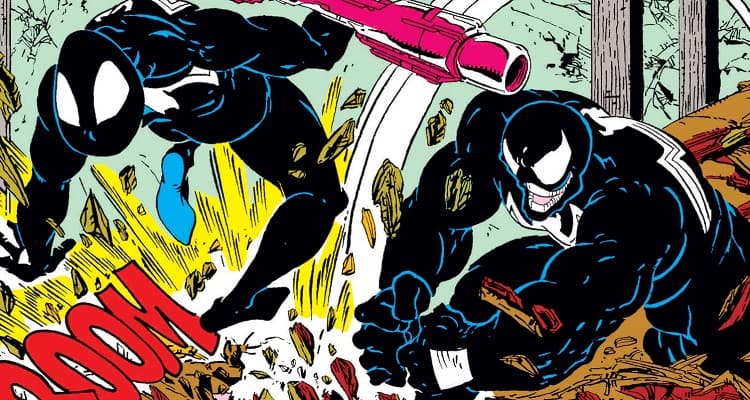 When one door closed for the symbiote, another one opened. After being rejected by Spider-Man, the symbiote latched onto Eddie Brock, a man with nothing to lose. After being fired from the Daily Globe newspaper (thanks, in his mind, to Peter Parker), going through a divorce, being disowned by his father, and getting a terminal illness, Eddie was a shell of his former self.

The symbiote and Eddie became kindred spirits as they both hated Peter Parker and wanted revenge. Together they became Venom, and though the duo started by terrorizing Spider-Man and his loved ones, they eventually became an anti-hero that fought for just causes. However, the partnership would not last as the symbiote’s bloodlust became too much for Eddie, and Eddie chose to sell the alien at a Super Villain auction.

Since those early days, Eddie Brock and the symbiote have rejoined forces, and recently have discovered more about the history of the Klyntar alien than ever known before. 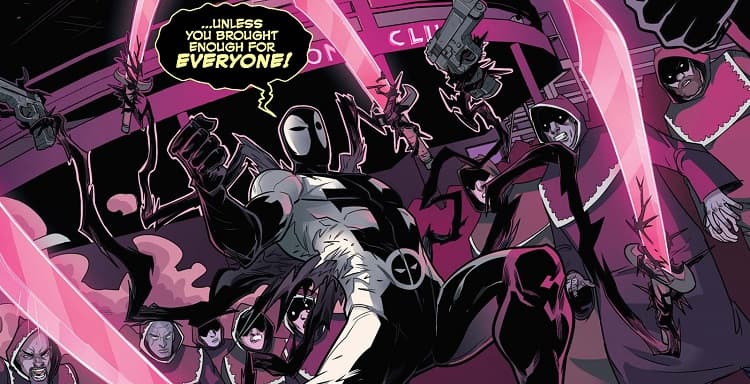 A chaotic, smart-talking mercenary meets a violent alien symbiote? Depending on the situation, this could be a good idea or very bad idea.

It was revealed in DEADPOOL’S SECRET SECRET WARS that Deadpool was actually the first human host of the symbiote, which also explained the symbiote’s aggressive and unstable behavior with later hosts. The symbiote returned to Deadpool in DEADPOOL: BACK IN BLACK, giving the Merc with the Mouth all of Spider-Man’s abilities; the pair worked well together, taking down homegrown and galactic villains alike. But when the symbiote tried to kill Spider-Man, Deadpool refused, causing it to separate from him and flee.

On the arid future landscape known as the Wastelands, the symbiote merged with a Jamie Madrox clone who was trying to recover after a fight with Clint Barton in the first issue of OLD MAN HAWKEYE. With Multiple Man’s abilities at its disposal, the symbiote, well, multiplied. The Jamie Madrox-Venoms then hunted down Old Man Hawkeye, which prompted the nearly blind archer to get help. At one point, the horde dwindled down its remaining clones to three super Venoms who were faster and more powerful than the rest. The Venoms put up a good fight, but they were no match for Barton, his allies, and a Tyrannosaurus rex.

When trying to stop the symbiote from latching onto her friends, Spider-Gwen transformed into Gwenom. Fueled with rage after finding her father in the hospital, Gwenom sought to find the person who did it, taking down anyone in her way. This unintentional team-up had all of Spider-Gwen’s abilities and the regenerative power of the Lizard, who in this universe was Harry Osborn. Gwen actually had moderate control over her Venom-ous side, shifting in and out of the form with no issue, though she was still susceptible to being blinded by her hate. In the end, Gwen and the symbiote found common ground, and the alien even helped her after they'd separated.

Two years before she became Captain Marvel, Carol Danvers briefly bonded with the Klyntar symbiote. Spider-Man and Carol Danvers (as Ms. Marvel) were fighting the second Venom, Mac Gargan, to stop his cannibalism of the Asgardians. During the battle, Danvers ripped Gargan out of the Venom suit, but doing so gave the symbiote a chance to bond with her. A Venom with Binary powers? No thanks!

Ms. Marvel later tricked the symbiote into wanting more power, and Spider-Man kicked the alien into a powerline. With this boost of energy, Ms. Marvel burst from the Venom suit. All their hard work would go to waste, however, because the symbiote then reattached itself to Gargan.

Somehow, the U.S. military got their hands on the symbiote and planned to weaponize it. After many failed trials, the symbiote was assigned to Corporal Eugene Thompson, AKA Flash Thompson, the former high school bully of Peter Parker.

Flash, who had lost his legs during his time serving overseas, used the symbiote to recreate prosthetic legs and took on the name Agent Venom. He could only be bonded to the symbiote for 48 hours at a time, but as Agent Venom, Flash was part of Super Hero teams such as the Secret Avengers and the Guardians of the Galaxy. Unfortunately, the FBI would later separate him from the alien symbiote, causing the inky creature to find a new host.

8. Guardians of the Galaxy

The symbiote enjoyed a three-for-one special during its brief run-in with the Guardians of the Galaxy. As Flash Thompson was taking it back to its home planet of Klyntar, the Symbiote escaped and managed to bond with Groot, Rocket Raccoon, and Drax the Destroyer in quick succession. The symbiote used Drax to easily take down the rest of the Guardians before flying the ship to Klyntar to remove the years of accumulated insanity from itself. After its cleansing, it returned to Flash.

The award for “Shortest Time Bonded with the Symbiote” could potentially go to the Human Torch of the Fantastic Four.

In MARVEL ADVENTURES SPIDER-MAN #24, Reed Richards removed the symbiote from Spider-Man to do some tests on it. Johnny Storm, thinking only of how great he’d look in black, sneaked into Reed’s lab and opened the container holding the alien. It, of course, attached itself to him, and his pajamas transformed into a black version of his traditional uniform. Impressed by its ability to read his thoughts, Johnny decided to flame on. One of the symbiote’s weaknesses, however, is fire. So it almost immediately split from the Torch. It was nice while it lasted!

During her umpteenth escape from the Facility, Laura Kinney came across the symbiote and accidentally opened its container. After bonding, Laura showed great control as a host, ignoring the symbiote’s call to eat someone. But one ability that separated her from other hosts was that she could give a sample of the symbiote to other people and it could act mostly independent of its source; a group of kids Laura befriended used the symbiote to create a Venom-esque mouth and claws to protect themselves from the Facility’s forces. But when the symbiote needed to be whole again, it called for the missing pieces, which all returned to Laura. 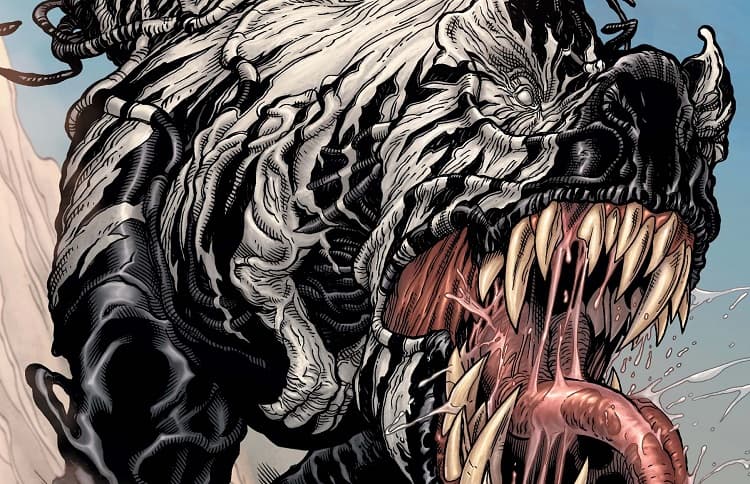 The symbiote has merged with countless humans, a sentient tree, and even a genetically-modified raccoon, but no one ever expected it to merge with a Tyrannosaurus rex. While traveling cross-country in the inaugural "Old Man Logan" story, Wolverine and Hawkeye were suddenly attacked by a unique dinosaur, and had it not been for Black Bolt stepping in at the last minute and using his voice to stop the symbotic beast, Hawkeye and Wolverine would've been dinosaur food. Recently, the Venomsaurus' origin was revealed in the pages of OLD MAN HAWKEYE #6.

Read up on Venom with Marvel Unlimited now! And get into the smash-hit ongoing VENOM series here!