The Marvel Universe is massive. There are thousands of characters from different realities, timelines, spaces, and places, all sourced from nearly 80 years of magnificent Marvel material. But across all of Marveldom, female Super Heroes have proven to be some of the most amazing, dynamic, powerful, sharp shooting, heavy hitting characters around.

With that in mind, we thought we’d take the opportunity to spotlight a few of the most impressive women in Marvel Universe. So if you need to get up to speed on the invincible women of Marvel, you’ve come to the right spot!

Here are just a few of the greatest Super Heroes (who also happen to be women) ever.

Carol Danvers long dreamed of space exploration, so it’s fitting that she would grow up to become the leader of Alpha Flight and one of the most powerful spacefaring Super Heroes in existence!

She had an accomplished career even before gaining her powers, though. Working as an Air Force pilot, intelligence agent, and NASA employee, she investigated multiple attempts by the Kree and the Skrulls to disrupt the American space program. During a related battle, she was exposed to the Psyche-Magnitron, a Kree device that rewrote her DNA. This transformed her into a human-Kree hybrid and gave her powers similar to those of the Kree Mar-Vell, the original Catpain Marvel. Namely, she gained the abilities of flight, superhuman strength, and “binary” powers which, though largely dormant, give her the virtual strength of a sun.

For years she fought alongside Mar-Vell as Ms. Marvel. When he died, took over the moniker Captain Marvel as a tribute. In addition to leading Alpha Flight, she has also served as a leading member of the Avengers. 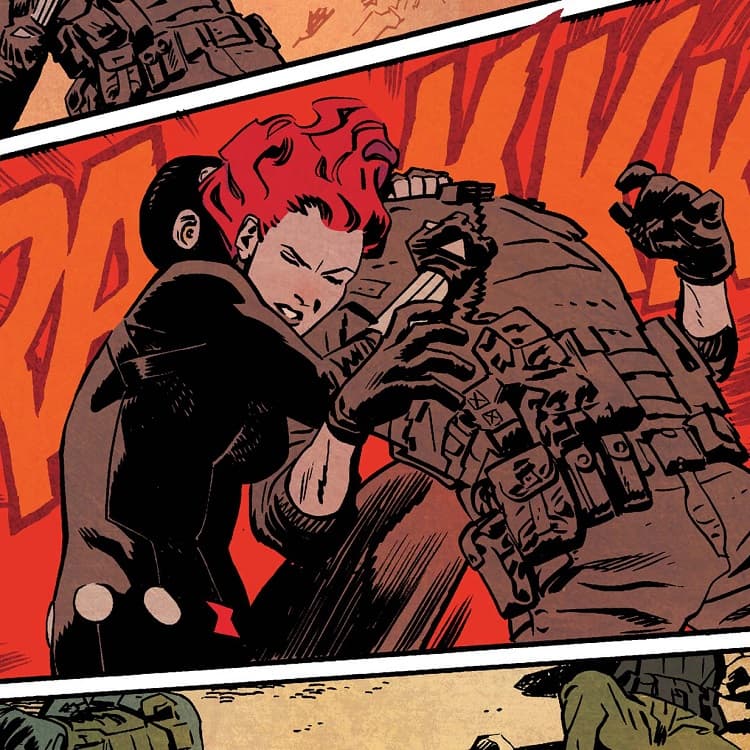 Nat is the epitome of everything that comes to mind when you think of a cool, always capable spy.

Born in the Soviet Union as Natalia Romanova, she was orphaned as a child. This difficult start then led Natasha down winding path to the Russian army and the Black Widow program, where she was trained to become a skilled assassin and enhanced with the Soviet version of the Super-Soldier serum. While her work required her to undertake some morally questionable missions, she ultimately defected to S.H.I.E.L.D., became an Avenger, and joined the forces of good.

Wanda is definitely not someone you want to pick a fight with!

One of the planet’s most powerful magic wielders, she can manipulate chaos magic and warp reality. The complete history of her childhood is unknown, but she grew up in Eastern Europe with her twin brother Pietro (AKA Quicksilver). Local conflicts separated the twins from their parents, forcing Wanda to hide her growing powers. As they got older, Wanda and Pietro were taken in by the mutant master Magneto and joined his Brotherhood of Evil Mutants. Soon, however, they became disenchanted with the group and struck out on their own, with Wanda ultimately becoming an Avenger.

When Jessica was a child, her father accidentally crashed the family car into a military truck. A canister filled with an unknown, experimental material crashed through the windshield and into Jessica’s lap. Her injuries sent her into a coma, but she ultimately recovered and discovered she had superhuman physical strength, the ability to fly, and enhanced resistance to injury. Her parents were killed in the accident, and she later suffered mind control and manipulation at the hands of the villain Killgrave (AKA the Purple Man), all of which scarred her emotionally.

For a period, she adopted the Super Hero name Jewel and fought villains alongside the Avengers. But that kind of crime fighting didn’t suit her, so she started Alias Investigations, a private detective firm where she now puts her cunning intelligence to good use.

With the ability to manipulate weather patterns, Storm is one of the planet’s most powerful mutants.

She is the daughter of a Kenyan princess and an American photographer, though both parents were killed in a plane crash when Storm was young. Finding herself an orphan, Storm had little choice but to wander the streets and pick pockets to survive. However, her latent mutant abilities eventually manifested, giving her the opportunity to save the life of Prince T’Challa (the soon-to-be Black Panther), and to come into contact with Charles Xavier, who asked her to join a new version of the X-Men. Since then, Storm has built a legacy as a freedom fighter and a mentor to young mutants.

A Pakistani-American, Muslim teen growing up in New Jersey, Kamala idolized the Avengers and, in particular, Captain Marvel.

When she was exposed to the transforming Terrigen Mist, her Inhuman powers manifested, giving her the ability to extend her limbs, grow in size, and shape shift in other ways. She began fighting villains under the name Ms. Marvel as a tribute to Carol, who ultimately became her mentor.

Ms. Marvel continues to fight alongside the Avengers and the Champions while, all the while, facing the everyday struggles of being a teenager. 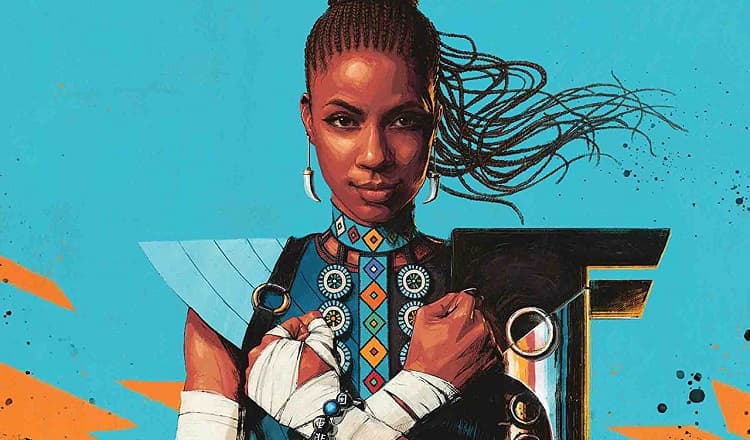 Shuri is the sister of T’Challa and the princess of Wakanda. Unfortunately, she spent much of her early life forced into the shadow of her brother, but after stopping an invasion of Wakanda and helping T’Challa recover after being attacked by Doctor Doom, Shuri stepped into her own.

She took the spotlight and, for a period, served as the Black Panther, proving herself to be a true hero. Though the mantle eventually went back to T’Challa, Shuri has continued to demonstrate her talents as a brilliant scientist. And, by ingesting a heart-shaped herb that grants her enhanced physical strength and donning a suit made of vibranium, she fights villains as a hero in her own right.

Read up on Shuri's entire history with her character explore page: Shuri

After watching as Gamora’s parents were killed and her people wiped from existence, the Mad Titan Thanos took in the young women as his adoptive daughter. The Titan then raised her to be the “deadliest woman in the galaxy,” training her as an assassin.

Gamora became a highly talented fighter, practically unkillable, though Thanos’s tortuous mind games and punishing training took their toll. Eventually, Gamora broke ties with Thanos, joining the Guardians of the Galaxy in part as a way to seek redemption for the violence she had committed while still under his influence.

Dive into Gamora's full story on her explore page: Gamora

She’s certainly not a woman to be underestimated.

Jean Grey’s telepathic mutant abilities first manifested at age 10 when she witnessed a close friend die. Her parents sought the advice of Charles Xavier, who is himself a mighty telepath. Xavier treated Jean and introduced her to the astral plane, at which point a part of her mind manifested as a Phoenix and her telekinetic powers grew.

She joined the X-Men and, while on a mission, was noticed by the Phoenix Force, which believed her to have unlimited potential. Ultimately, the Phoenix Force would take over her body and powers, and she would find herself in an extended struggle to retake control from it. However, when Jean was later killed, it was the Phoneix Force that resurrected her.

Lose yourself in Jean's full history on her character page: Jean Grey

Janet Van Dyne AKA the Wasp

As a young socialite, Janet met Hank Pym, a brilliant scientist and the original Ant-Man, when her father (who was also a scientist) consulted him about a device he was building. Janet and Hank hit it off, and she eventually married him and began fighting villains at his side as the Wasp.

She wore a suit that, like his, used Pym Particles to allow her to shrink to the point of being microscopic or, alternatively, to dramatically grow in size. She would also sprout antennae and gain the ability to fly when at her smaller size. Janet became a founding member of the Avengers, and in fact led the team for an extended period; Janet even gave the team their name. These days, Janet mentors Hank’s previously unknown daughter Nadia, who is also a genius scientist and has taken over the mantle of the Wasp.

Fly away with Janet's full character history with her explore page: The Wasp (Janet Van Dyne)

Wolverine has spent much of his life as a loner, with few people who could truly relate to the struggles he has faced. But the one person who might understand him is Laura Kinney.

Created from Wolverine’s stolen DNA, she was made to be a perfect killing machine. The leaders of a top-secret program tasked Doctor Sarah Kinney with recreating the Weapon X experiment that transformed Logan into Wolverine. Laura was born as a result of these experiments, and was trained to be a cold and unfeeling killer. But X-23 isn’t the type to allow her fate to be determined by others, and she eventually escaped. Though she led a bit of a checkered life after that, she found her way to Charles Xavier and, later, the Avengers Academy.

If you’re looking for a hero who has both fighting prowess and an endlessly spunky, optimistic spirit, you’re in luck!

For unknown reasons, Doreen began to develop odd, squirrel-like features at a young age, including buck teeth and a bushy tail. She soon gained the relative strength and agility of a squirrel which, taking into account her human size, gave her formidable powers. To escape the taunts of her classmates, she began spending much of her time in the woods, where she bonded with the squirrels there and learned to communicate with them.

She saved the life of a squirrel named Monkey Joe, who encouraged her to use her abilities to help others. Due to her interest in science, she idolized Tony Stark and soon found herself in a position to fight Doctor Doom by his side. This launched her on the path to becoming an unbeatable Super Hero and an Avenger.