Celebrate King Kirby's birthday with a look at his most magnificent Fantastic Four creations!

Today is Jack Kirby's birthday, and it's the perfect time to honor the memory and legacy of one of the most influential creators in all of comic books and Marvel Comics. To celebrate, we're looking back at King Kirby's countless contributions to Marvel history all week here on Marvel.com. 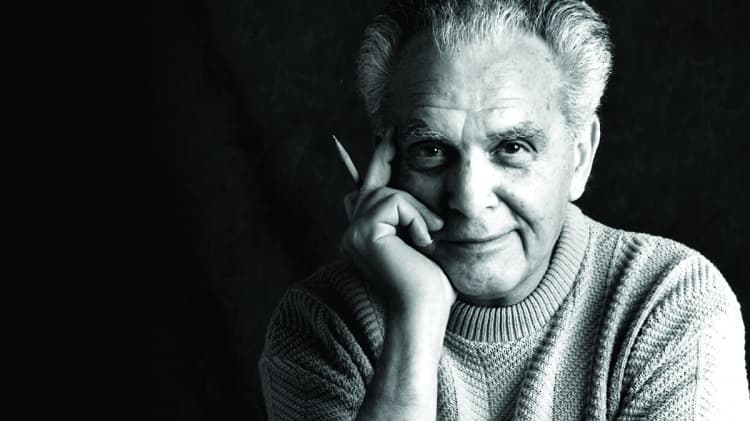 To begin, we thought we'd highlight his constantly crowd-favorite creatures from the pages of FANTASTIC FOUR!

With his experience crafting these kinds of characters for Marvel’s monster mags during the 1950s, Kirby set his imagination loose in the pages of the legendary FF series, forging a new world with Super Heroes and monsters side-by-side. Every one of these mindless, or maybe nearly mindless, beasts boasted a unique Kirby design, and all have continued to echo through the Marvel Universe today.

In celebration of both Jack’s birthday and the recent return of FANTASTIC FOUR, here are just a few of our favorites Kirby creations from inside The World’s Greatest Comic Magazine…

It all began here.

The newly formed Fantastic Four flew out to the appropriately named Monster Isle and encountered not one, but several, of their very first fantastical foes. The three-headed nightmare! The rock-like guardian! The big green gargantuan! And then an entire army of underground gargoyles, each one sporting Kirby's signature stamp of frightening features! Luckily for the world, the Fantastic Four rolled up their sleeves and chased the horde back into their holes before sealing them up with the Human Torch’s flames. 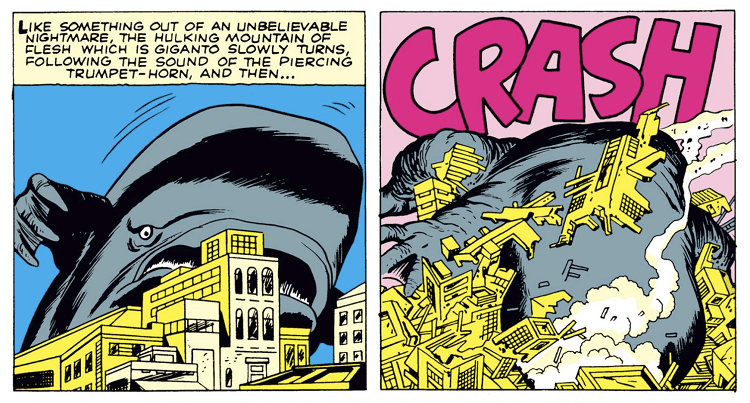 Not to be outdone by the Mole Man, Namor the Sub-Mariner soon summoned the deadly Giganto, an immense underwater creature, to attack New York City and bring its citizens to their knees. After a military barrage failed to halt the monster’s rampage, the Thing strapped a nuclear bomb to his back in an attempt to carry it down into Giganto’s gullet and deliver the mother of all indigestion to the beast.

It was trademark Kirby monster mayhem, and nothing’s better’n that!

Okay, maybe we're cheating a bit here, but the Mad Thinker’s first android lackey sported such a cool Kirby organic design, we just couldn’t resist including it. Add in the Awesome Android’s amazing ability to mimic the powers of Super Heroes as well as tower over its opponents with monstrous menace, and you’ve got a Kirby creature that cannot be denied. 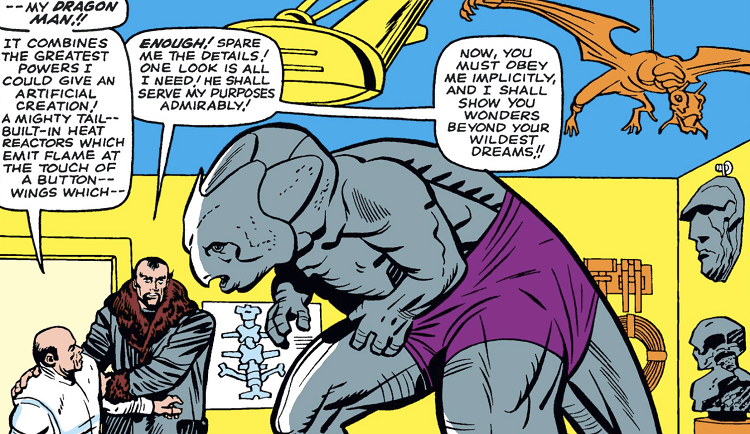 Yeah, you got us—another android. But, built as a science experiment and imbued with life thanks to Diablo’s amazing alchemy, Dragon Man appeared on the scene as another Kirby creation that, while artificial in construction, displayed an incredible organic design. Dragon Man featured a fascinating blend of traditional dragon motifs with a humanoid frame, and overall, it must be one of the the King’s best early monster villains. 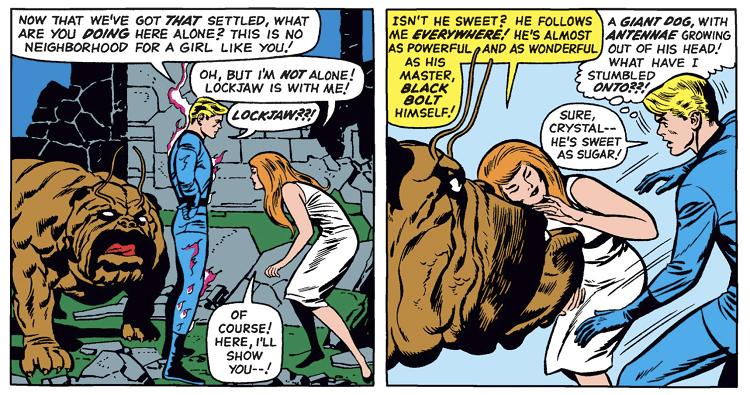 Give it up for the Inhumans’ hulking hound, the lovable Lockjaw! Kirby’s love for canine comforts translated into the creation of a “pet” for the uncanny Inhumans—a pet that would go on to become one of the most popular non-human denizens of the Marvel Universe!

Lockjaw’s loyal to a fault and possesses the ability to transport himself and his friends almost anywhere they’d like to go, all the while with a Kirby countenance that you just can’t help falling in love with.

No, not Frank Castle! During one of the most famous story arcs in Marvel history, Jack Kirby created a being that answered to the world-devouring Galactus and looked like an inscrutable alien with cybernetic implants. This villain, known as the Punisher, came out swinging when unleashed by Galactus on the Fantastic Four—and actually held them at bay while his master constructed the apparatus with which he'd try to devour Earth. Later, Galactus made more Punishers, but we'll always keep a spot in our hearts for the very first of these battling beasts.

The Monster from the Lost Lagoon: FANTASTIC FOUR #97 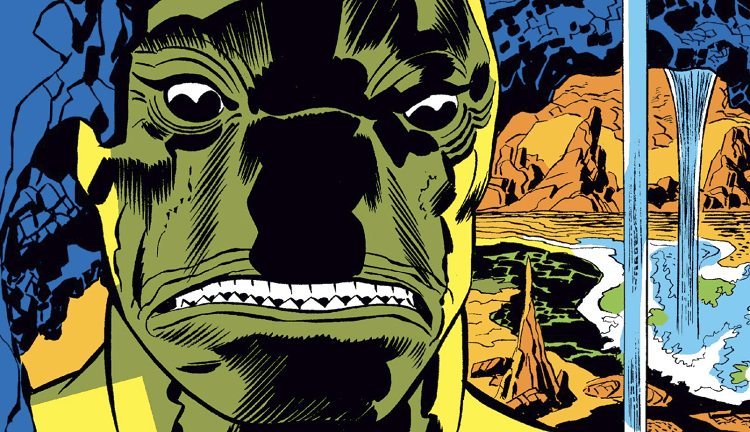 Not as well-known as some of his Kirby predecessors, this scaly, green weirdo seemed to be inspired by classic horror flicks when he first appeared in the final days of Kirby's legendary introductory run with the Fantastic Four.

The Monster hailed from outer space and crashed landed on Earth with his mate, finding himself a stranger in a strange land. This touch of pathos served as yet another Kirby hallmark; a creature that readers shrink from and, somehow, sympathize with all at the same time.

For these creatures and the countless others throughout the Marvel Multiverse, we say thank you, Jack. And happy birthday!

Read more of the King's most memorable Marvel works on Marvel Unlimited, and stay tuned through the rest of the week as we celebrate his incredible legacy. You can also learn more about Jack Kirby through the Jack Kirby 100 celebration.

Keep the spirit of Jack Kirby alive by visiting the nonprofit foundation named in his honor: Kirby4Heroes! Visit the Kirby4Heroes website here for more info.