The History of Captain Marvel: Part 1

Start at the beginning with Carol Danvers' days in the Air Force and her first interactions with Mar-Vell!

For over 50 years, Carol Danvers has been journeying across the Marvel Universe, leading her to a current position as an Avenger and one of the most powerful Super Heroes in existence. Not bad for a character who began her comic book life as an Air Force Security Chief!

Currently starring in the brand-new CAPTAIN MARVEL series, the hero has lived a fascinating life since the start. So let's go back to the beginning.

Serving on a base unknowingly playing home to the Kree Captain Mar-Vell posing as Dr. Walter Lawson in MARVEL SUPER-HEROES #13, Danvers began her journey in the thick of the action. Mar-Vell deuted just one issue prior in MARVEL SUPER-HEROES #12. Sent to Earth by his commanding officer Yon-Rogg, he knew that his superior was plotting his demise. Loyal to the Kree Empire, the hero followed through on his mission to remind humanity not to mess with his people as they had when the Fantastic Four took out a Kree Sentry in FANTASTIC FOUR #64.

Taking on the identity of Lawson, a guidance systems expert, Mar-Vell easily adapted to his new surroundings. However, a surprise came in issue #13 when a supervisor showed him into a reinforced room holding none other than the downed Kree Sentry! At that exact moment he also met Head of Security Carol Danvers in what was a quiet moment that started a legendary Super Hero's career.

Thanks to her keen instincts, Danvers sensed something amiss with Lawson immediately upon meeting him. She met Captain Mar-Vell for the first time later in the first issue of the hero's self-titled series, as the alien appeared to take on the recently reactivated Kree Sentry, tearing its way through the base. She stood by him as he figured out a way to stop the robot's rampage, but was left with plenty of questions when he flew off afterwards.

Over the next several issues, Danvers watched as this new costumed character fought against the likes of Super-Skrull, Namor, and Metazoid. The more she witnessed his exploits, the more Carol began to develop feelings for him. At the same time, however, she never fully trusted her new colleague Lawson, thanks to some questionable choices he made during his adventures.

In issue #6, after almost crashing into Mar-Vell in his Lawson guise, Danvers worked with him to find out what caused a strange sound nearby. However, upon coming across the evidence of his alien identity, Lawson brushed it off and walked away.

While investigating the site in issue #7, Yon-Rogg noticed and almost killed Danvers, but Captain Mar-Vell stepped in again to save her. Not having seen the assumed hero in some time, Carol told him about her concerns regarding Lawson and asked for help in investigating him.

Following her hunch, Carol worked her way into Lawson's hotel room, looking for some connection to the troubles around the base as seen in issue #9. However, the investigation came to a quick and shocking end when the robot Cyberex punched a hole in the hotel wall and made off with her. 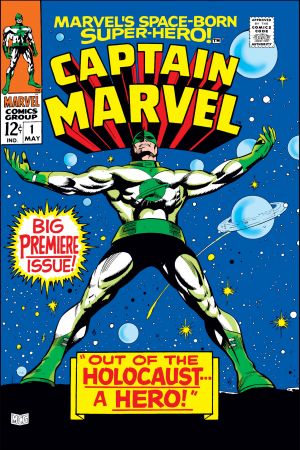 Eventually, after Danvers had gathered enough information against Lawson, and NASA thought that Mar-Vell had stolen a rocket for nefarious reasons, both had targets painted on their backs as seen in CAPTAIN MARVEL #12. Carol felt betrayed by the man she'd developed feelings for, not fully knowing the truth behind his actions.

She changed her mind in issue #13 though, when Captain Mar-Vell saved her from another robotic creation called Man-Slayer. Carol told Mar-Vell that he should allow himself to be imprisoned so he could have a trial and convince the powers that be that any wrong-doing had been misunderstood. As he contemplated doing exactly that, a Puppet Master-controlled Iron Man swooped in to attack, as seen in issue#14.

While Mar-Vell figured some things out in space, Carol woke up in a hospital room trying to figure out how to clear the hero's name. After running into the press during her attempt to flee the hospital, Yon-Rogg appeared, offered her asylum, and the two drove off together. 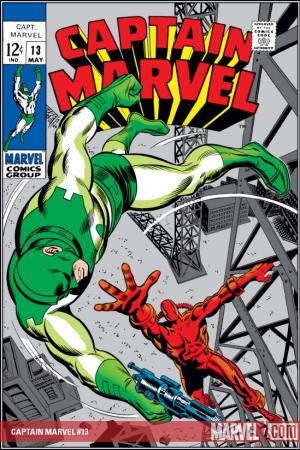 Held captive by the villain, Carol stood witness to his unveiling of the forbidden weapon called the Psyche-Magnitron, which he used to recreate the Mandroid, another Kree weapon. During their battle, Captain Mar-Vell managed to get the creation to accidentally destroy its creator.

During the ensuing fracas, Carol wound up on the receiving end of a laser blast that knocked her out. As such, Mar-Vell rushed in to grab her before she got caught up in the Psyche-Magnitron's explosion; he shielded her body, saving her life, but the episode ended up changing her forever...

Aside from a quick appearance in 1971's AVENGERS #90 in which she questioned the team about their interactions with a Kree Sentry, Carol Danvers remained in comic book limbo until reappearing in CAPTAIN MARVEL #34 and #35 in 1974. Carol's final appearance in this volume of CAPTAIN MARVEL came in issue #40 where she became the target of Mar-Vell's resurrected-but-corrupted love Una. 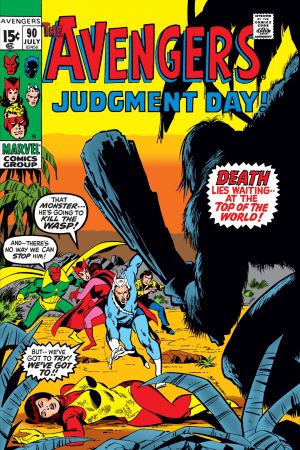 Strange as it may seem, that was all we saw of Danvers until she resurfaced with powers in MS. MARVEL...but we'll get into that next week!

Read CAPTAIN MARVEL #1 at your local comic shop now! Get ready for "Marvel Studios' Captain Marvel" on March 8! And stay tuned to Marvel.com for Part 2 of the History of Captain Marvel!