Today's MARVEL ZOMBIE #1, by writer W. Maxwell Prince and artist Stefano Raffaele, features a return to the dangerous and delightful world of Marvel Zombie Universe, but also headlines a character readers might not be too familiar with—the undead hero named Simon Garth!

Created by none other than Stan Lee himself back in 1953’s MENACE #5, Garth has shambled in and out of view over the years, but remains an elusive figure to many Marvel fans. The Zombie exists due to a mystical amulet and strange voodoo rites which supplied him with his fair share of grief throughout his original adventures in his own mag back in the 1970s, THE ZOMBIE.

He still pops up here and there (mostly from fresh graves), so we thought we’d share a brief run-down of recent sightings to get you in the zombie spirit...

Following Simon Garth’s taking of a “bride” in 2007’s LEGION OF MONSTERS: MAN-THING #1 came the infiltration of the undead from the Marvel Zombie Universe into the reality of Earth-616 in 2008’s MARVEL ZOMBIES 3. There, readers witnessed the introduction of—wait for it—the decapitated head of Zombie Deadpool! Garth acquired said head at the kickoff of 2009’S MARVEL ZOMBIES 4 and became its constant companion for a time. Go figure! 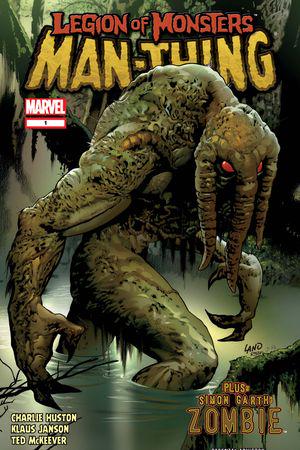 Long story short, Garth later made his way to the island of the voodoo villain Black Talon, fell under his control, escaped with Headpool once more, and ran into Morbius the Living Vampire’s team, the Midnight Sons. At the conclusion of the entire event, Garth ended up with the Zombie Plague inside of him. The series ended with the Midnight Sons reflecting on the new, uneasy situation with the Zombie.

Headpool later wound up with the real Deadpool, and Simon Garth somehow ditched the Midnight Sons’ tender embrace to shuffle off to Stone Hills, Kentucky. There, he settled down for a spell with fellow fiends Satana, the Living Mummy, Werewolf by Night, and the Frankenstein Monster before welcoming Daredevil into their midst in DAREDEVIL #32. The Man Without Fear sought the infamous Darkhold spellbook, but faced an army of soldier from the Sons of the Serpent to get at it. Garth helped in the battle, and later witnessed the mystical healing of a mortally wounded Daredevil by Satana and the Mummy in DAREDEVIL #33. 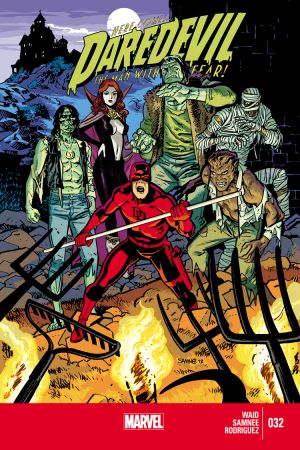 The Zombie maintained his connection with the monsters, and in 2015’s HOWLING COMMANDOS OF S.H.I.E.L.D. #6 answered Agent Phil Coulson’s call to the Howling Commandos during the Mindless Plague debacle. Garth held his own in a scrap with humans transformed into Mindless Ones by the sickness, and later found himself in Dormammu’s Dark Dimension with the opportunity to take down that plane’s master alongside the other monstrous Commandos. 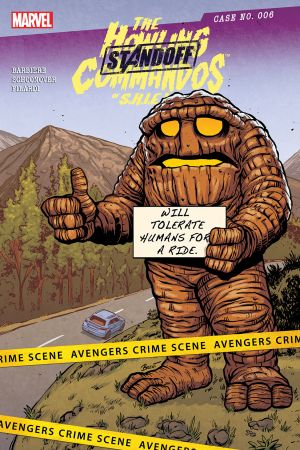 Flash forward to today, and Simon Garth the Zombie is back in the sickly green limelight and ready for his closeup!