The History of Thor vs. Thanos

Look through the long history of the God of Thunder and the Mad Titan on Marvel Unlimited!

In the Marvel Universe, there are few threats more dangerous or vile than Thanos. On multiple occasions, Thanos has utilized his god-like powers to bend reality to his will in service of his love, Death. Fortunately, the Marvel Universe has no shortage of heroes to stand in his way.

Thor first encountered Thanos alongside his fellow Avengers over four decades ago. But unlike his teammates, Thor has also had multiple run-ins with Thanos on his own. And even the God of Thunder isn’t always a match for Thanos’ might.

Perhaps more surprisingly, Thor and Thanos have even briefly allied with each other. However, these two icons are far from friends and their next showdown is inevitable. Before that can happen, Marvel.com is reflecting on Thor and Thanos’ most memorable battles.

Ships in the Night

The very first time that Earth’s Mightiest Heroes even heard of Thanos was in AVENGERS (1963) #125. That alone made it a momentous occasion for both Thor and his fellow Avengers. But the cosmically empowered Thanos proved to be too clever for them; he lured the Avengers into a battle with his fleet rather than risk a direct confrontation. Thus it fell upon Mar-Vell to save the universe in CAPTAIN MARVEL (1968) #33. 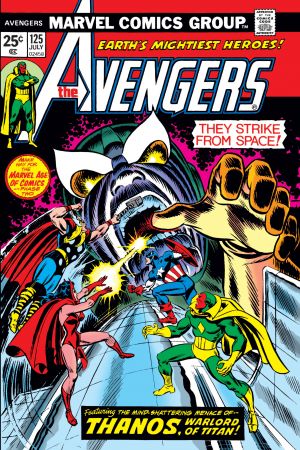 Thanos’ first attempt to bring the Infinity Gems together nearly extinguished the stars one at a time. Thor and his teammates raced into action in AVENGERS ANNUAL (1967) #7, but they proved to be no match for the Mad Titan. Spider-Man and the Thing then had to stage a rescue in MARVEL TWO-IN-ONE ANNUAL (1976) #2.

In a show of unprecedented might, Thanos went toe-to-toe with the Thing and Thor simultaneously—and Thanos was winning. Only Adam Warlock’s intervention from beyond the grave kept him from defeating all of the assembled heroes.

Technically, Thor wasn’t in INFINITY GAUNTLET. At the time,  the Son of Odin was exiled by his father for killing Loki. In his place, Eric Masterson was forced to step up as the new Thor, and he was among the last remaining heroes to confront Thanos. Eric fought well, but even the real Thor would have fallen beneath Thanos’ infinite might. Only Thanos could defeat Thanos, thanks in part to his own self-loathing.

There was once a time when the God of Thunder went insane, and not even Sthe ilver Surfer, Beta Ray Bill, Sif, Adam Warlock, or the Infinity Watch could slow down his rampage across the cosmos. Thanos didn’t enter the story until THOR (1966) #470, when Pip the Troll teleported Thor to Thanos’ ship simply because he had exhausted all other ideas.

In SILVER SURFER (1987) #88, Thor and Thanos had a brawl for the ages. But as much as Thanos enjoyed the fight, he realized that Thor would eventually destroy them all. That’s why he decided to help the assembled heroes cure Thor. WARLOCK CHRONICLES (1993) #8 dealt with the heroes’ attempt to enter Thor’s mind and restore his sanity. But when that failed, the only option was to bring Thor to Asgard.

WARLOCK AND THE INFINITY WATCH (1992) #25 gave us the first ever one-on-one battle between Thor and Odin, as the All-Father misconstrued the heroes’ arrival as an attack on Asgard itself. This was also one of the rare times that Thanos has been outmatched, as Odin nearly dispatched him. Sif and Beta Ray Bill actually saved Thanos’ life by persuading Odin to stay his hand. Odin ultimately cured his son in THOR (1966) #471, and Thor was so grateful that he thanked everyone for their aid—even Thanos!

Of course, there was always bound to be a rematch. Thanos resurfaced in THOR (1998) #20-25 with a new plan to bring unending death to the universe. After weakening Odin with poison, Thanos avenged his earlier defeat and teamed up with Mangog on a dark cosmic quest. Thor joined forces with Firelord to prevent the end of everything. However, it took some upgraded armor and weapons for Thor to prevail over Thanos, who seemingly perished at the end of the story. 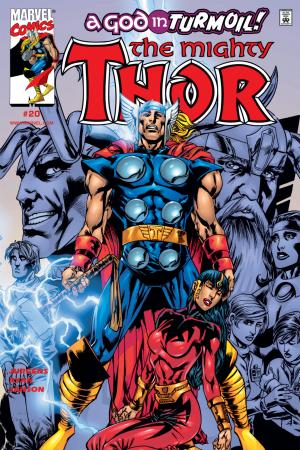 INFINITY ABYSS (2001) later revealed that the Thanos in this story was simply a Thanosi, which was one of several clones of Thanos. Regardless, the Thanos that fought Thor and Odin in this tale clearly believed that he was the real deal.

The funny thing about that retcon is that Thanos implied that he really did die when he next encountered Thor in CAPTAIN MARVEL (2000) #17. But for this rare occasion, Thor and Thanos found themselves allied again in order to save Marlo Chandler from a death god named Walker. At the time, Marlo was married to Rick Jones, who was in turn was bonded with Captain Marvel, AKA Genis-Vell.

CAPTAIN MARVEL (2000) #18 revealed how Marlo had been merged with the female embodiment of Death that Thanos had romantically pursued for years. Out of gratitude for saving Death, Thanos remained in issue #19 as he sought to help Rick recover from the trauma that Walker put him through. However, Thanos finally called out Thor for calling him “Mad One,” and essentially got the Thunder God to back down.

Bring Down the Thunder

While the Avengers were off saving the universe in INFINITY, Thanos and his followers in the Black Order took the opportunity to attack Earth. However, Thor and the Avengers returned just in time in INFINITY #6. Unfortunately for them, Thanos was at the height of his powers while they were exhausted by war with the Builders. Thor was the last Avenger standing and he called upon the lightning to strike down Thanos...with little effect. If not for the intervention of Thanos’ son, Thane, all of the Avengers could have fallen to the Mad Titan. 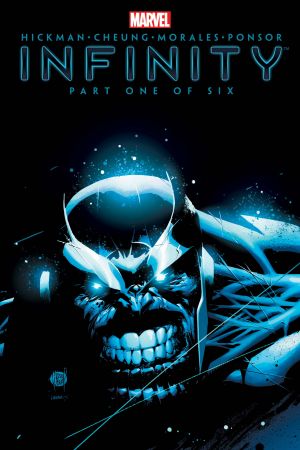 Some time after Jane Foster became the new Thor, the Odinson learned that the hammer that belonged to the Thor from the Ultimate Universe was waiting to be claimed. During UNWORTHY THOR (2016), Thanos sent the Black Order to steal Ultimate Thor’s hammer before Thor could catch up to them. Thanos largely remained off of the stage until UNWORTHY THOR (2016) #5, but he didn’t directly confront Thor in this story. Instead, Thanos finally found a lover who shared his desire for death on a galactic scale: Hela, the former queen of Hel.