On January 10, 1964, Natasha Romanoff was introduced to the Marvel Universe!

Fifty-five years ago today, the Marvel Universe met the most dangerous super spy in history when the Black Widow made her debut in TALES OF SUSPENSE #52.

The issue, created by Stan Lee, Don Rico, and Don Heck, saw Natasha Romanoff working for the Russian government as a spy. Tasked with breaking into high-tech facilities run by none other than Tony Stark, Romanoff took on a secret identity to achieve her mission...and her first undercover operation began.

The issue began a short saga between the Widow and Iron Man, one that began with intrigue before quickly devolving into conflict and assassination attempts. Later indoctrinated to destroy not just Stark but the entire Avengers team, Romanoff began working to achieve her new goal—but after her brainwashed mind began to open itself to the altruism of Earth's Mightiest heroes, her allegiances changed for good. 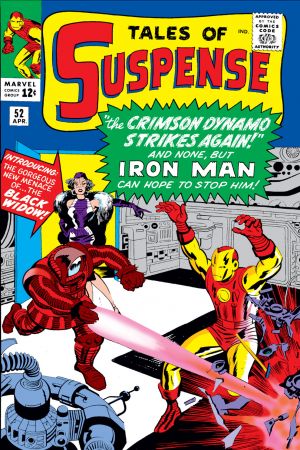 Get Natasha's entire story, from comics to the silver screen, right here! And next week, head to your local comic shop to read the brand-new BLACK WIDOW #1!