See the history and evolution of John Walker.

To reduce John Walker to Captain America’s angrier, more violent cousin misses so much of U.S. Agent’s history, and his evolution. So we invite you to reconsider your feelings for the black garbed patriot with this walk through his career in costume.

Like many heroes before him—Spider-Man, for instance—Walker got his start in wrestling. He traveled the country as Super-Patriot, engaging in staged fights with supposed Captain America supporters as he espoused “better” values for a modern America than the outdated Cap. When Steve Rogers asks him to stop, Walker attacked him instead, managing to stay on his feet throughout the fight.

Shortly after his draw against Rogers, Walker lived up to his costume and rhetoric, defeating and slaying a terrorist, Warhead, who had designs on bombing Washington, DC. The resulting attention catapulted him from traveling carnival star to actual real-life super hero. But the Super-Patriot identity would prove short-lived.

As Walker’s profile rose, Steve Rogers became increasingly disillusioned by and disinterested in working with the United State government. Unwilling to let a Captain America who questioned them run around in the suit, the Commission on Super Human Activities forced Rogers to abandon the stars and stripes and moved a reluctant Walker into the role. 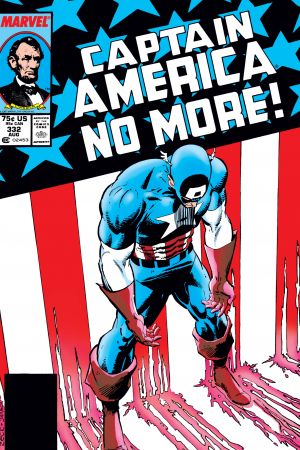 A New Brand of Hero

Although resentful of wearing the suit of a man he viewed as out of touch and naïve, Walker took to his role as Captain America with zeal. He threw himself into a training regimen that included working with Taskmaster. He quickly proved his commitment to his own values, acting with brutality and killing Professor Power with his bare hands.

Two of Walker’s compatriots from his Super-Patriot days remade themselves as Left and Right Winger. Bitter to be left out of their buddy’s Cap duties by bad background checks, they exposed his identity to the world. As a result, the militia group the Watchdogs targeted and killed Walker’s parents, pushing him fully over into unchecked brutality.

Before long, Walker found the Watchdogs base of operations and twisted by guilt, grief, and frustration, proceeded to cut a bloody swath through their ranks. He killed scores of them with his bare hands and did not hesitate to beat his two former friends Right and Left Winger to unconsciousness before leaving them for dead in a warehouse explosion. 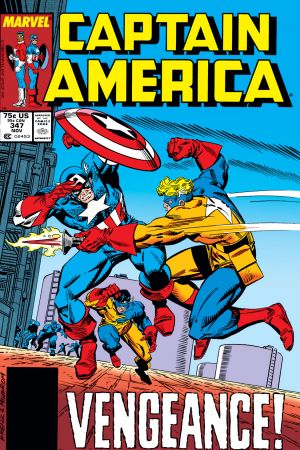 After being saved by Rogers from the Flag Smasher and Red Skull, Walker can no longer remain as Captain America in good faith. Walker convinces Rogers to take back up the mantel while the Commission helps stage Walker’s death at a press conference, clearing the way for him to establish a new life. They also hypnotize him to forget his parents’ violent demises.

It does not take long before Walker returned though, re-christened U.S. Agent, wearing Rogers’ black and red “The Captain” duds and acting as the Commission’s man on the inside with the West Coast Avengers. Despite all he had been through, his personality and aggressive nature remained largely intact, eventually costing him a position with the team.

In time, Agent would be invited back on the Avengers, but would find himself discarded once more when the West Coast branch shut down. Angry and adrift, Walker initially ditched his alter ego by literally tossing his costume into the Hudson. Iron Man lured him back to super heroics with a new suit and a new team: Force Works. 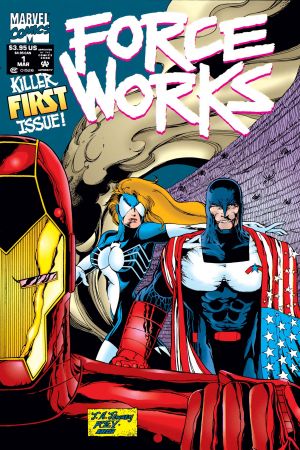 After Force Work disbanded, Walker became a journeyman, serving with a variety of institutions including the Jury, S.T.A.R.S., the Invaders, and even Canada’s Omega Flight. Throughout he found himself endlessly compared unfavorably to Rogers and acting in ways that confirmed negative expectations until he trusted colleagues enough to let the mask of bravado drop.

U.S. Agent again found a home with the Avengers during Dark Reign, a reunion that ended in tragedy. In the midst of Siege, Walker took on the cyborg Nuke who brutalized Agent with Odin’s spear, severing a leg and arm. Refusing technological fixes, Walker instead accepted the loss of his limbs and a position as warden of The Raft.

Unconscious and against his will, Walker became fused with a brain dead symbiote in an alternate dimension. As a result, he more or less “regained” his missing left arm and leg and returned to his U.S. Agent identity. And in this identity once more, Walker became convinced by Paul Keane that Sam Wilson must step down from being Captain America, bringing us back to the shield in the back.