Look at Slim's journey as he re-teams with the squad in this week's 'Champions' #5!

In this week's CHAMPIONS #5, a new WAR OF THE REALMS tie-in story sees Scott Summers cross over from the pages of UNCANNY X-MEN to join his former group.

Well...his kind of former group. A younger version of Cyke used to roll with the Champs, but split from the group just about a year ago. So what's the deal, exactly, with the resurrected adult Cyclops as he now reunites with teammates of his younger...other...self?

It's tricky, but as the War of the Realms rages across Midgard, we're untangling the web of time and dimensions to understand exactly what it means to see the one-eyed wonder alongside the Champions once again. Here's the before, during, and after of Scott's time with the team:

Beast, from Earth-616, traveled to a time where Cyclops was young, and took him and the other young X-Men to the future. There, Cyclops learned that his future-self had killed Professor X. Yikes. 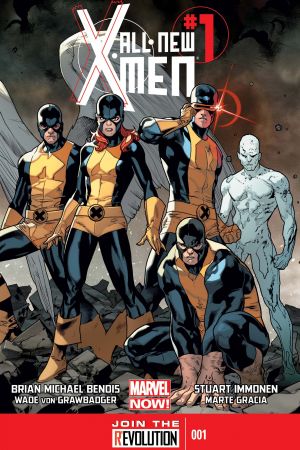 As a result, both the young and older X-Men shunned him for something he didn’t do/hadn’t done yet. Confronted with the actions of his future-self, Cyclops decided he would never become this version of himself. At one point, Cyclops left the X-Men to join the Starjammers, to reconnect with his father Corsair, in CYCLOPS #1 but later rejoined the X-Men on Earth. He would eventually take a break from the team. But, of course, that wouldn’t last long as he would return to hero work by fighting against a group of mutant extremists called the Ghost of Cyclops in Chicago.

during - as seen in CHAMPIONS #2

After CIVIL WAR II, Ms. Marvel, Spider-Man (Miles Morales), and Nova created their own team after becoming disillusioned by the adult Super Heroes. This team of legacy heroes would be called the Champions and also included Amadeus Cho and Viv Vision. Cyclops was inspired by the team’s call to action—to change the world—and wanted to join the team. They were reluctant to add Cyclops, due to his adult self’s reputation, but they decided to let him join. 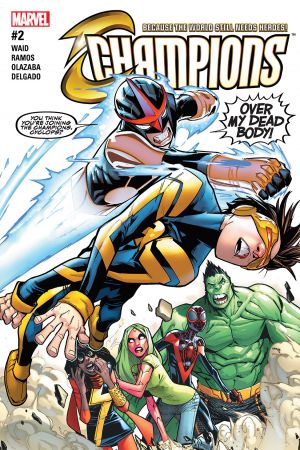 Cyclops then became the de facto leader of the group. Together, the Champions fought the Inhumans in the INHUMANS VS. X-MEN event. It was also during this event that Cyclops found out that Emma Frost orchestrated his future-self’s death and other aspects such as his final action. This was one of two shocking revelations, as he and the other young X-Men found out from Beast that they were from an alternate timeline, not the past.

Learning that he wouldn’t become a terrorist was a huge relief to Cyclops. For reasons beyond his control, he was trapped in the 616 universe, and as a result, Cyclops and the other young X-Men would try to make the best of their situation and take control of their futures. Cyclops stepped down as the leader of the Champions, even though he was able to relax and be more of a teenager during his time with the team, and rejoined the X-Men full-time for a different mission... 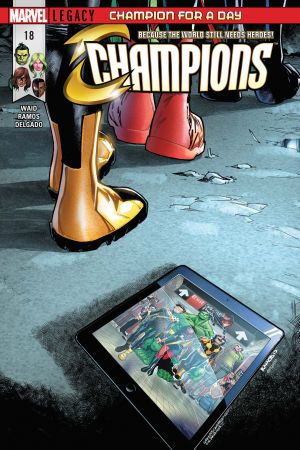 Fast forward to the present, and the world is in chaos because of the WAR OF THE REALMS. An adult Cyclops, who was recently resurrected in the pages of UNCANNY X-MEN, joins the group his past self once led (and learns a lot about that experience in the process).

The Top 10 Moments from ‘X-Men: The Animated Series’

Celebrate 30 years of the classic fan-favorite by streaming the complete series!