Follow this week's Venom #9 with this Ryan Stegman conversation!

Writer Donny Cates and artist Ryan Stegman's VENOM #9 presents a gripping and emotional look at the personal history of Brock. Rendered beautifully by inker JP Mayer and colorist Frank Martin, the story sees Eddie visit his father for a powerful reckoning. With nothing but a symbiotic pup by his side, Eddie Brock has encountered another low point in a long lineage of tough times.

Having passed issues #7 and #8 to the incredible Iban Coello, issue #9 sees Stegman return for more eye-poppin' inky encounters. To mark the release of the new ish, we sat down with the series artist to get some insight into his process and creative inspirations.

Marvel.com: What do you enjoy most about working on VENOM? Does it feel different than other projects you've worked on?

Ryan Stegman: It does feel different, that’s accurate. It feels like kind of a creative synergy. I mean, I’ve experienced it with other guys before, but never like the whole team on the same page. Donny sends the script and I completely, fully can see it in my head. I don’t know if we’re on the same wavelength or maybe he’s just that good, you know?

Maybe we’ll go with “we’re on the same wavelength” because I don’t want his head to get too big.

Marvel.com: Do you feel like you have something in common with Donny? What makes up the magic of this partnership?

Stegman: There might be. I feel like we both are pretty gregarious guys who maybe have a dark side or something that we both can also relate to Eddie Brock. We hit it off immediately when we started talking on the phone. I mean, the job was offered, Donny called me to tell me what he had in store, and we talked; it was like I’d been talking to a close friend and we hardly knew each other. It just kind of worked out that way. 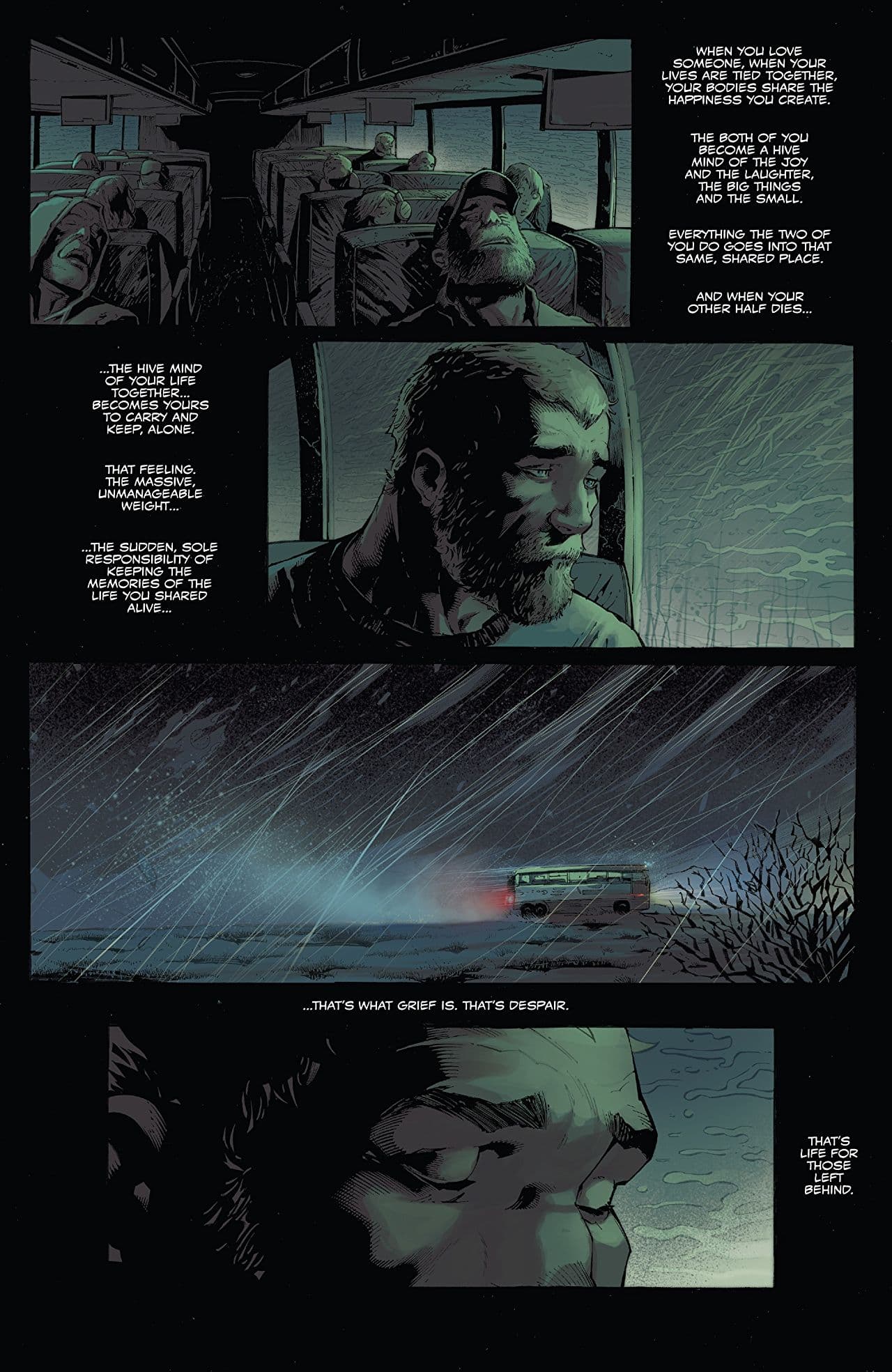 Marvel.com: That’s a really interesting thing about comics—working intimately with people you might not get to meet in person until you’ve been creating with them for months or even years.

Stegman: I had met Donny once at a show, but we barely talked. We talked enough but we just didn’t have any interactions after that for a while, so it was kind of interesting.

Marvel.com: The visual style that you possess just innately fits so perfectly for a hulking, big, physical character like Venom. Is that something that you find yourself leaning into on purpose, or is it just something that comes out of you naturally? Is there something about Venom that you feel was just made for you to draw?

Stegman: That’s the funny thing about it—yes. But I didn’t know, I wouldn’t have said, if you give me a list of characters, “Oh yeah, I’d do a good Venom because I’ll do good sort of horrific, dark stuff.” But somehow I started doing it and it was like, “Oh yeah, that’s exactly what I should be doing.”

I guess it just worked. It’s exploring a new aspect of myself. I’m like, “Oh, maybe I’m more attuned to horror than I thought.” 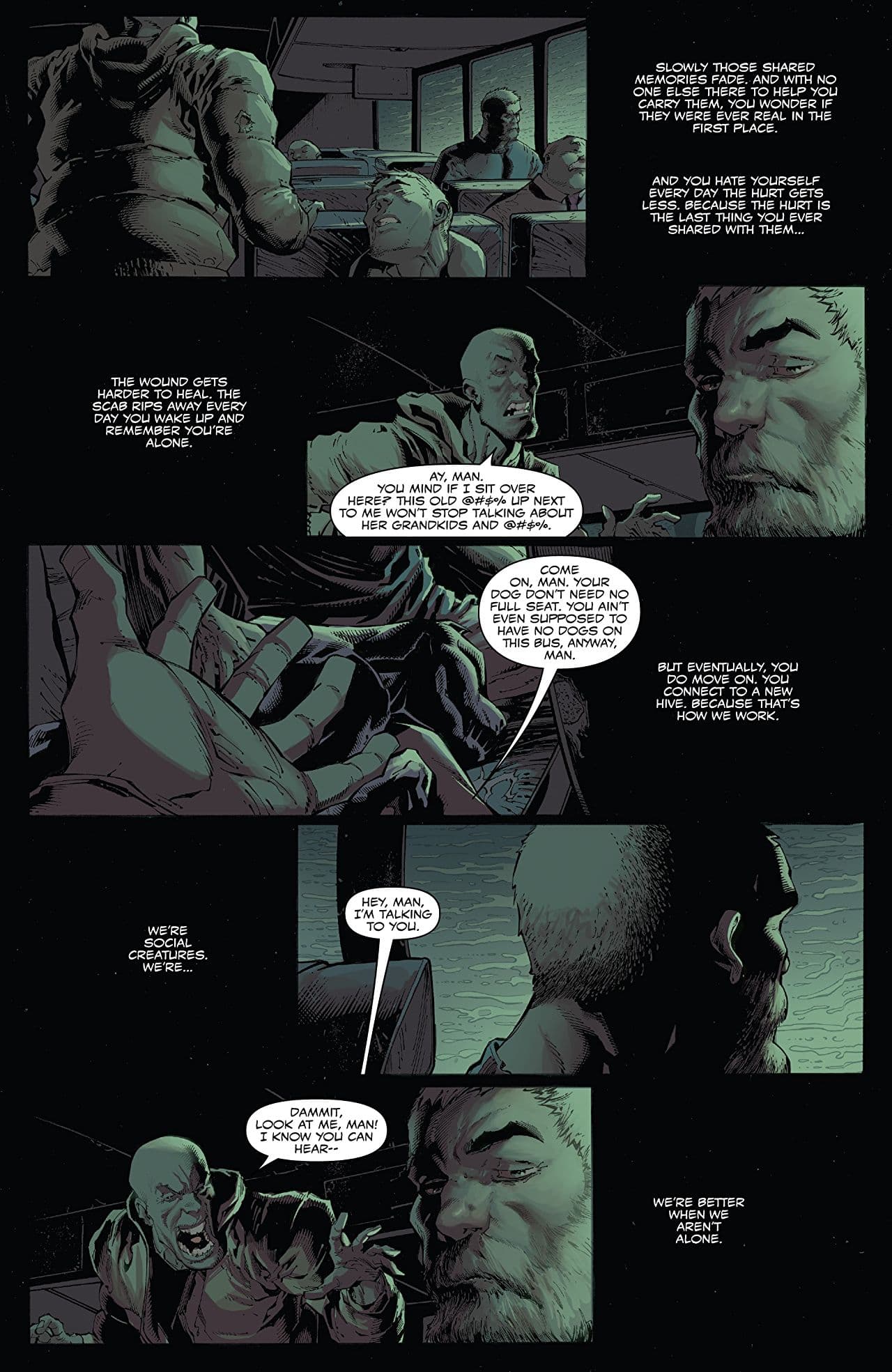 Stegman: Oh, no, some of my favorite stuff is cosmic. I would have never guessed that VENOM would become a cosmic book, but I think that that’s another thing about Donny—he has to tell the biggest story possible. We’ve literally gone as far into the cosmic realm as you can. We essentially said that Null has been there before anything, you know?

But I love it. I think that cosmic stuff is some of my favorite. My favorite comic book stories, they’re big ideas—they just have tons of big ideas. That’s essentially what this is. It’s just big idea after big idea.

Marvel.com: When you think of Marvel books that have inspired you the most, what are three that immediately come to mind?

Stegman: Todd McFarlane’s SPIDER-MAN was my entry into comics. Let’s see… I’ve since gone back, and I love Jack Kirby’s FANTASTIC FOUR. Like I said, the big ideas, they’re just relentless. What else? MARVEL KNIGHTS; Joe [Quesada] and Kevin Smith’s DAREDEVIL. That whole Marvel Knights thing…I loved the INHUMANS that Paul Jenkins and Jae Lee did. All that stuff. But yeah, DAREDEVIL was particularly impactful for me, possibly because it came out right when I was the right age. 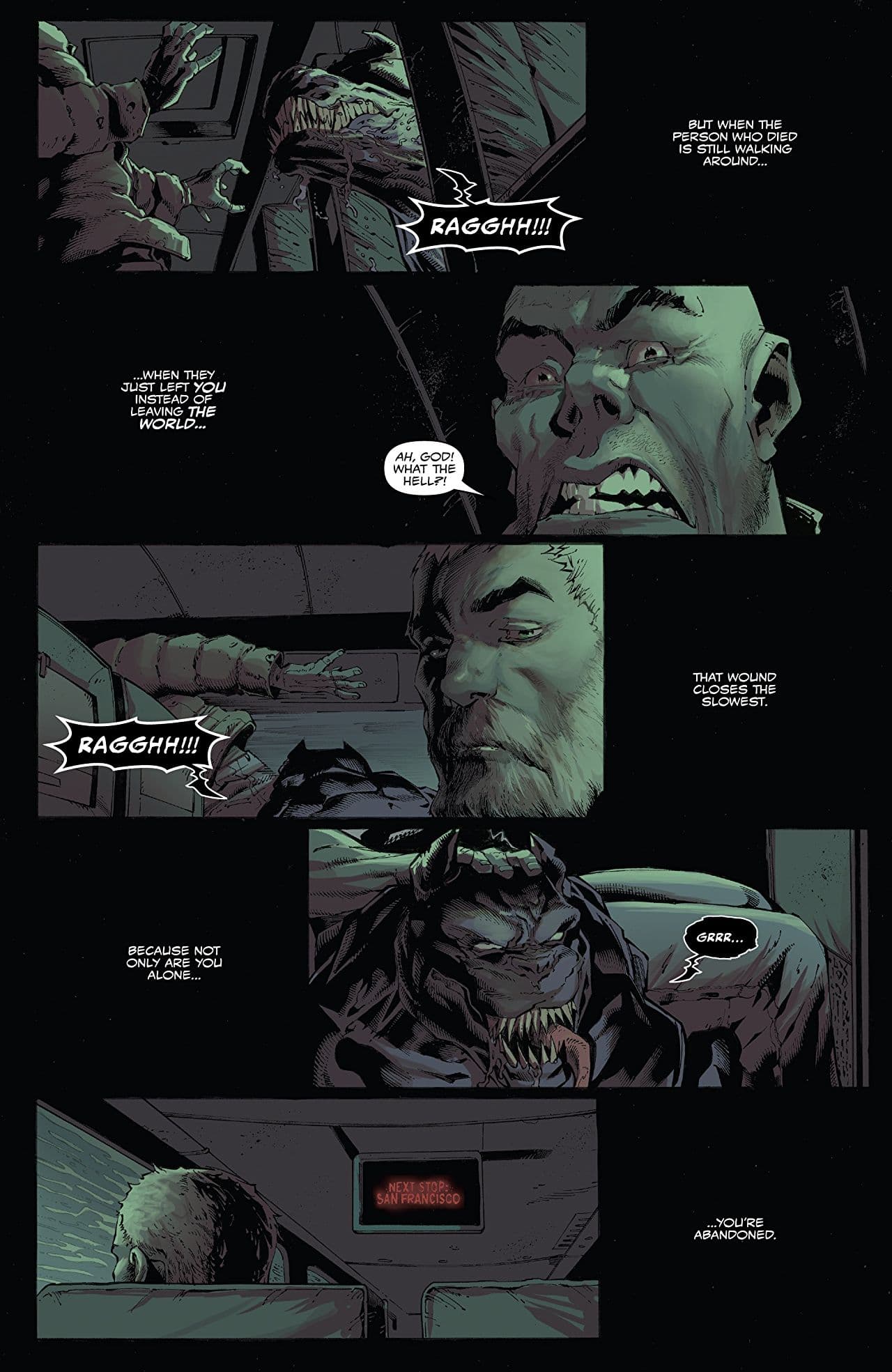 Marvel.com: Expanding from that, what other creators have inspired you?

Stegman: The most influential in my life and career would be—because, like I said, when it hits you at the right time, it hits you—McFarlane, Capullo, Quesada, Joe Madureira, J. Scott Campbell, Jim Lee. All those guys.

Marvel.com: Do you have time to read books nowadays?

Stegman: What I just kind of do is I read a comic every time I’m eating breakfast. That ends up being seven a week or so. Sometimes I read them at night, and that adds to that. Yeah. I mean, I love it.