Who Is Jamie Braddock?

After the stunning events of 'Excalibur' #6, look back at Jamie's unique past!

There’s a new king in the Dawn of X.

Although EXCALIBUR (2019) #1 revealed that Morgan le Fay ruled over Otherworld, she was recently deposed by Betsy Braddock, AKA the new Captain Britain, and her Excalibur teammates. But as of last week's EXCALIBUR (2019) #6, Betsy’s older brother, Jamie Braddock, is now the king of Otherworld. Apocalypse, however, may be the true power behind the throne. But even if Apocalypse wasn’t in the picture, Jamie’s reality warping powers and his ruthless amorality already make him a threat to both his family and the entire multiverse...

To better understand the enigma of Jamie Braddock, Marvel.com is taking a look back at his shady past—as well as a glimpse of what may come in the future.

Before we get into the more...eccentric...sides of the character, we'll start at a more standard place. Because Jamie wasn’t always an all-powerful lunatic. When he debuted in CAPTAIN BRITAIN (1976) #9, Jamie was an ally of his younger brother, Brian Braddock, who had recently assumed the mantle of Captain Britain. Publicly, Jamie was also a famous race car driver and the financial genius who was in charge of Braddock Industries. But Jamie wasn’t a saint. He was also involved in illegal activities, including murder and even slavery.

Brian was forced to confront Jamie’s crimes in CAPTAIN BRITAIN (1985) #9-10, when Jamie was captured by Doctor Crocodile. Through a combination of sorcery and science, Crocodile allowed Brian to see what Jamie had become, and it sickened him. Brian turned his back on Jamie and left him behind to be tortured by Crocodile.

This turned out to be a major mistake, because Crocodile eventually drove Jamie insane. He also awakened Jamie’s reality warping mutant powers. 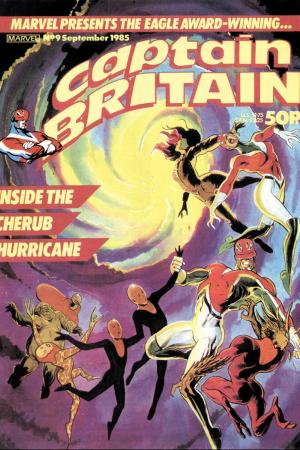 Jamie resurfaced in EXCALIBUR (1988) #15, when the Technet was hired by Sat-Yr-9 to retrieve Jamie from Doctor Crocodile. He turned on his would-be rescuers and used his powers to torment them as well. Now truly unstable, Jamie’s god-like abilities allowed him to treat Excalibur like playthings in issue #19. Sat-Yr-9’s plans came to fruition in EXCALIBUR (1988) #55-56, and Jamie used his powers to subjugate the team. Fortunately, Betsy Braddock, AKA Psylocke, was visiting at the time, and her psychic knife shut down Jamie’s mind and left him comatose for years.

Jamie later claimed that he resurrected Psylocke to help him face the First Fallen and the Foursaken—a dangerous group that threatened even Jamie. But Jamie had a change of heart in UNCANNY X-MEN (1963) #473-474. In a semi-heroic turn, Jamie saved Betsy and the X-Men while electing to face the Foursaken himself. 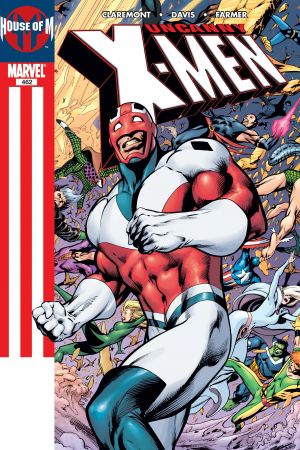 The next time Jamie popped up was in the pages of UNCANNY X-FORCE (2010) #20, when he seemingly reformed and became a member of the Captain Britain Corps alongside Brian. Betsy was reunited with her brothers during the Trial of Fantomex.

Unfortunately, the family reunion became tragic in UNCANNY X-FORCE (2010) #24. It was revealed that the greatest threat facing the Captain Britain Corps was a future version of Jamie who had been corrupted by the Horoam'ce, a devil-like entity. To save the entire multiverse, Betsy possessed Brian’s body and forced him to kill Jamie’s present-day self in order to avert that dark future.

But now that Jamie lives again, this timeline could eventually come to pass again...

Somehow, Jamie returned again in INFINITY COUNTDOWN: BLACK WIDOW (2018) #1. This time, Jamie targeted Black Widow because she'd recently been given the Space Stone by Wolverine. Black Widow was vastly unprepared for Jamie’s abilities even with the Infinity Stone’s powers of space at her command.

Fortunately, she was still able to dispatch Jamie by teleporting him into a wall. That’s how he died before his recent return in EXCALIBUR (2019) #1. And more mischief is likely to follow now that Jamie has taken Otherworld’s throne. 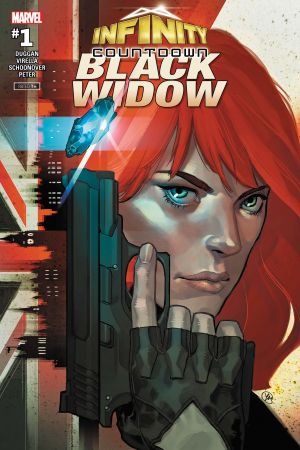 Read these mags on Marvel Unlimited now! Then pick up EXCALIBUR #6 at your local comic shop!

In this article: Jamie Braddock